Dr Mbuyiseni Ndlozi is not campaigning for EFF, WHY?

Dr Mbuyiseni Ndlozi is South African activist and a politician who was the first national spokesperson of the Economic Freedom Fighters since 2013 up until 2019 when he got removed. 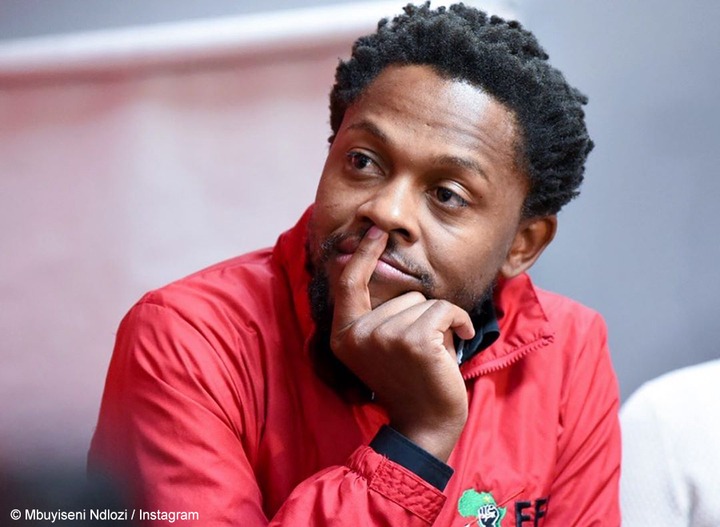 He is now regarded as the pioneer of the Economic Freedom Fighters although he's nolonger in a decision making structure of the party.

After he got removed from his position which he was excelling very well, many suspected that the leadership of the party is pushing him away because he was becoming too much famous than the rest of the people.

Since then, Dr Mbuyiseni Ndlozi became so quiet and not seen in many political events of the Economic Freedom Fighters. He was also excluded when some EFF leaders visited the former president of the republic of South Africa Jacob Zuma for a tea party.

Now with the elections looming around, the leadership of the Economic Freedom Fighters are being deployed in several areas to recruit new members but Dr Mbuyiseni Ndlozi is no where to be found.

All members are at the ground recruiting members but Dr Mbuyiseni Ndlozi is not at the ground campaigning and the question is why? Is he not doing well or he's angry that he got removed from his position?