"Under Zuma There Was Effective Fight Against Corruption" Andile Mngxitama

By PrideofAfrica (self media writer) | 4 months ago

He claimed that the narrative of Zuma's nine lost years was promoted by white-owned media propaganda in order to destroy Jacob Zuma's reputation.

"Under Zuma, the campaign against corruption was more effective. In this case, the numbers speak volumes. An investigation conducted by the University of Worcester discovered that the relevant conviction figures for the 2020/21 financial year had more than halved from their levels in the previous year. White owned media campaign against Zuma is a serious problem "As he put it

Critics of Andile Mngxitama, on the other hand, were outraged, claiming that he is "an insane guy."

Chef, you need to switch suppliers since the tobacco you're smoking is bad for you, says a coworker.

"While you have suffered from hunger and illness due to Jacob Zuma's fall from power, the government will assist you in relocating to Nkandla so that you can get some nourishment. Because true corruption occurred under Zuma's administration, and only now is the fight against corruption being waged under this new administration "Several people opened fire on him, killing one.

Matshela Koko, a former Eskom official, has also expressed his belief that corruption was effectively combated under Jacob Zuma's administration, indicating that it is not just Andile Mngxitama who has this opinion.

He claims that during the state capture era, the justice system was more effective in convicting corrupt officials of the government. 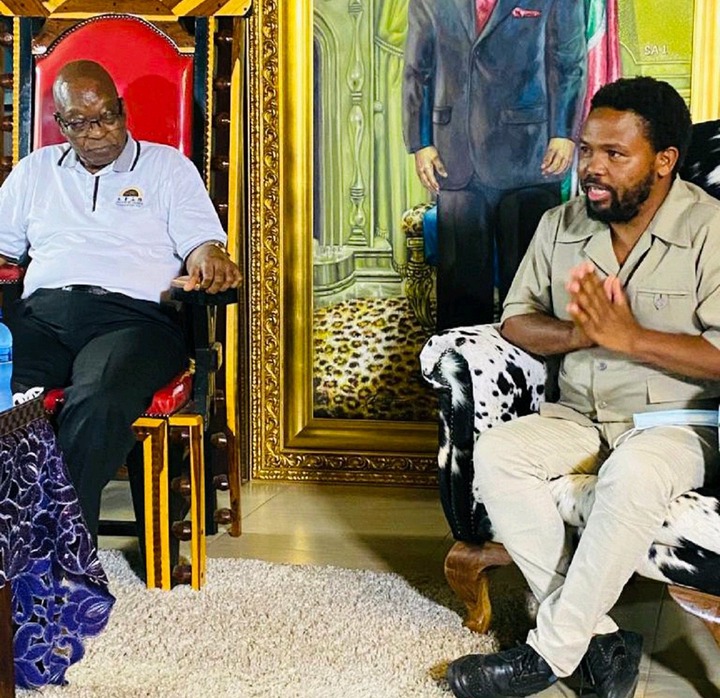 "The rate of corruption convictions against government officials has more than halved since the 2016/17 fiscal year, according to the latest available data. Whether you agree or disagree with this statement is up to you. When compared to Cyril Ramaphosa, the state capture era was more successful in convicting corrupt government officials "As he put it

When it comes to corruption, according to the former Eskom executive, the National Prosecuting Authority had the ability to convict individuals involved, as opposed to what is currently taking place under Cyril Ramaphosa.