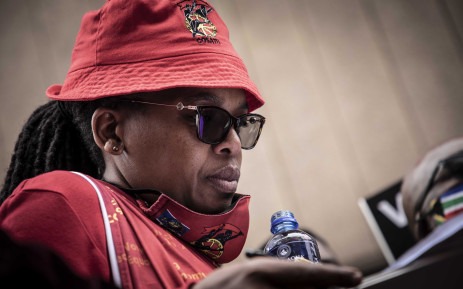 JOHANNESBURG, South Africa – According to work alliance president Zingiswa Losi, the African National Congress (ANC) is not the dominant party that attends an elective gathering.

She stated that it was critical to establish clear regulations each time the ANC attended an election rally.

Losi was speaking to Eyewitness News outside of the ANC's virtual public chief council lekgotla.

She slammed NEC members involved in public squabbles and those who have publicly questioned the country's Constitution, oblivious to the saga surrounding Minister Lindiwe Sisulu's opinion piece on the legal executive and the Constitution.

The supervisor of the worker's guild league has tried to persuade those who refuse to follow the union's development and the Constitution it has created to leave the ANC.

The ANC can't keep claiming to be the leader of society if it can't even lead its own top members.

This is Cosatu's primary message to the party.

Zingiswa Losi, the president of Cosatu, stressed that ANC pioneers, particularly those vying for administration positions, must demonstrate obvious levels of discipline.

"There is no compelling reason to bring the entire association and throw everything into disarray," Losi explained.

Losi went on to say that it was critical to have regulations in place to direct people's actions during the competition.

She warned that, at the current rate of the party, those who went all out could win an organization that was on its deathbed.

"Society, not just members of the ANC, are observing, and they may conclude that there is no connection here based on the pioneers' actions," Losi added.

On Sunday, the ANC NEC lekgotla came to an end.