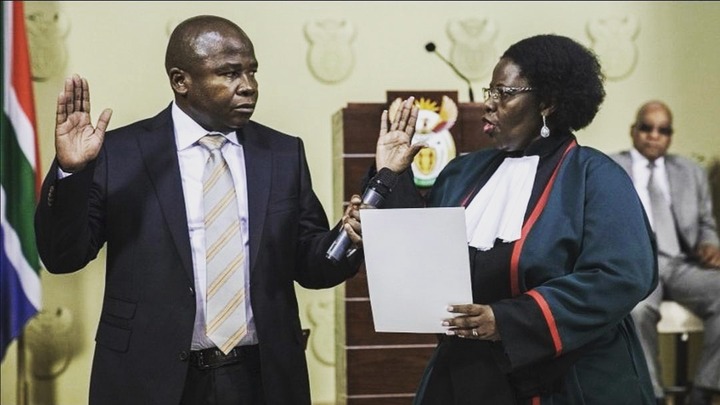 Transport minister Fikile Mbalula saw himself being criticised on social media by many who reffered to him as a "school drop out" after posting a photo of former finance minister Van Rooyen.

It's not clear what was really Mbalula's intention for posting the photo, but he must be regreting after social media users ganged up to attack him and expose his past.

"Was appointed minister of finance on this day (weekend special)," said Mbalula.

But social media users were up in arms against him.

"Mr Van Rooyen holds a Msc in finance from the University of London, Master's degree in Public Development and management from Wits university. What about you? You just a loud mouth twerkist school drop out aren't you? said an outraged Twitter user. 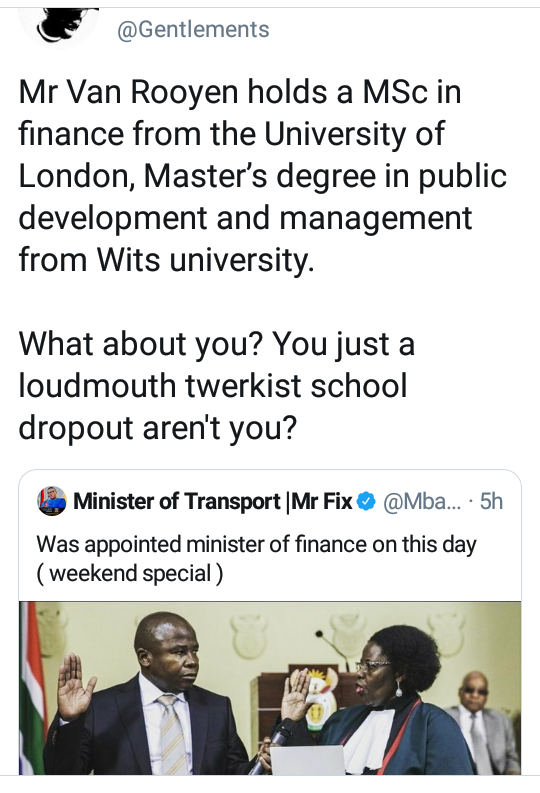 "He is far more educated than you, actually he is educated and you're not," Mbalula was told.

Some argued that Fikile Mbalula was dissing Van Rooyen who is better educated than him just for likes.

"You're dissing a fellow comrade, who happens to be ten times more educated than you. All for likes," he was told.

"While wena you have grade 11," social media users were not withholding anything because of Mbalula's behavior of reducing and mocking others. 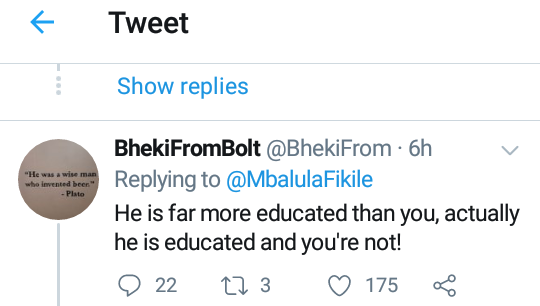 IS IT A CURSE? || Third former mayor dies, months apart from the other two