The Senegalese Minister of Foreign Affairs, Assata Tall Sall, greeted Mr. Blinken when he arrived at the International Airport Blaise Diagne after traveling from Lagos (Nigeria) to the country (AIBD). 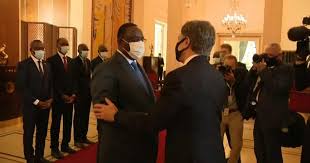 An official news statement stated that during his visit, the head of U.S. diplomacy met with Senegalese President Macky Sall, as well as with Assata Tall Sall, the Minister of Foreign Affairs and Senegalese living abroad.

In the discussions, the participants discussed "ways to deepen the solid connection between the United States and Senegal. "

The Senegalese capital serves as the final destination of the Secretary of State's African tour, which also included stops in Kenya and Nigeria. 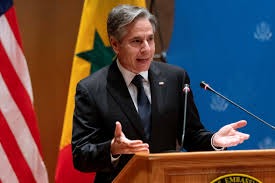 He had previously visited Senegal in 2020 as part of a tour of the African continent led by his predecessor, Mike Pompeo.

Senegal is one of the most important African partners for the United States.

Tulinabo S. Mushingi, the United States ambassador to Senegal, disclosed in early November that the United States has been cooperating with the country for a long time. As Mushingi pointed out, "the American people have contributed Senegal with about 554 billion CFA francs ($1 billion) in help through various initiatives only in the last five years alone." 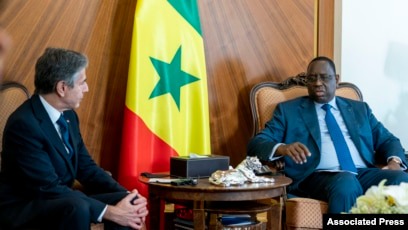 In addition to this total, roughly 332 billion CFA francs ($600 million) has been granted through USAID, the United States Agency for International Development (USAID).