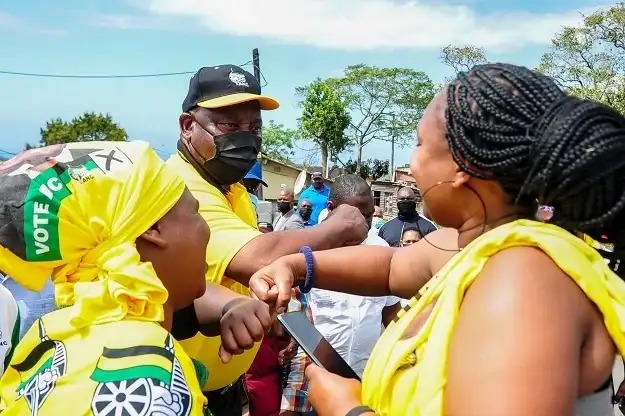 Throughout the election campaign, ANC president Cyril Ramaphosa has been bold to remind the electorate his party is the only one to involve communities in its candidate selection processes. But as Mbhazima Shilowa points out, the ANC is the only major party that has not disclosed its mayoral candidates to the electorate.

On 22 April, 2009, the day of the 2009 general elections, Shilowa duly voted for his new party, declaring to friends on his Facebook page:

Earlier he had written-

Today I cast my vote for a party born out of our new democracy and constitution - Cope. I stood on the quee [sic] for an hour to vote. I used the time to talk to ordinary men and women about everything from Cope, the weather, religion etc. Go out and vote for hope and change. Do not forget to get your family, friends and neighbours to go and vote for Cope.

Lekota expelled Shilowa from the party after an internal hearing found him guilty of mismanaging parliamentary funds. He was found guilty of wrongfully authorising the transfer of R5m from the parliamentary allowance accounts to Cope's party accounts, and authorising a payment of more than R2m for purposes that were not legitimate.

Shilowa has denied the charges and is challenging his expulsion in court.