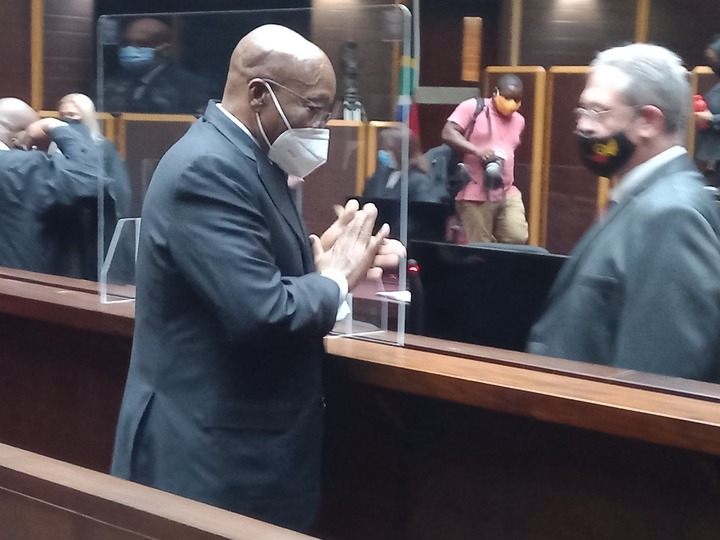 Former president Jacob Zuma has once again bite the dust following the dismissal of his application to have state prosecutor, advocate Billy Downer be recused as his prosecutor for the arms deal corruption trial.

Zuma argued that Billy Downer leaked confidential information about his health to the media and also some information indicates that he roped in some third parties in the investigations of the arms deal deviating from the norm.

Former statesman had anticipated that Billy Downer will be recused and his case thrown out as it stands, some of the states key witnesses in the arms deal have died.

Since the case has dragged for many years, critics feel this has weakened the case to a greater extent as several information might have been distorted. 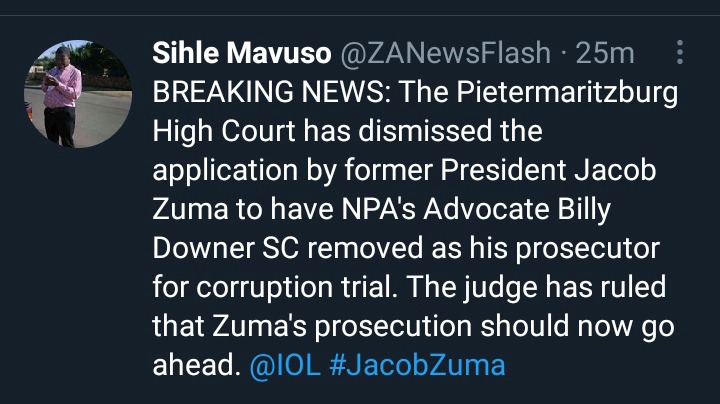 The Pietermaritzburg High Court has however dismissed the application by the former president Jacob Zuma to have NPA's advocate Billy Downer SC removed as his prosecutor for corruption trial. The judge has ruled that Zuma's prosecution should now go ahead.

Jacob Zuma's arms deal corruption case has been ongoing for many years and many wants to see it coming to an end.

Zuma has already pleaded not guilty to all the charges and maintains that there are big organisations and foundations such as Nelson Mandela Foundation who benefitted directly from the arms deal, yet he is the left to take the fall.

He had earlier requested the ANC to provide him with financial records of payments made to them in relation to the arms deal as he implicate the party to have benefited also from the arms deal.

Jacob Zuma was however seen greeting NPA's advocate Billy Downer SC shortly after the Pietermaritzburg High Court summarily dismissed his application to have him removed as the prosecutor of his corruption trial.

Duduzile Zuma-Sambudla said the judgment is what they had expected, but likewise they will keep fighting. 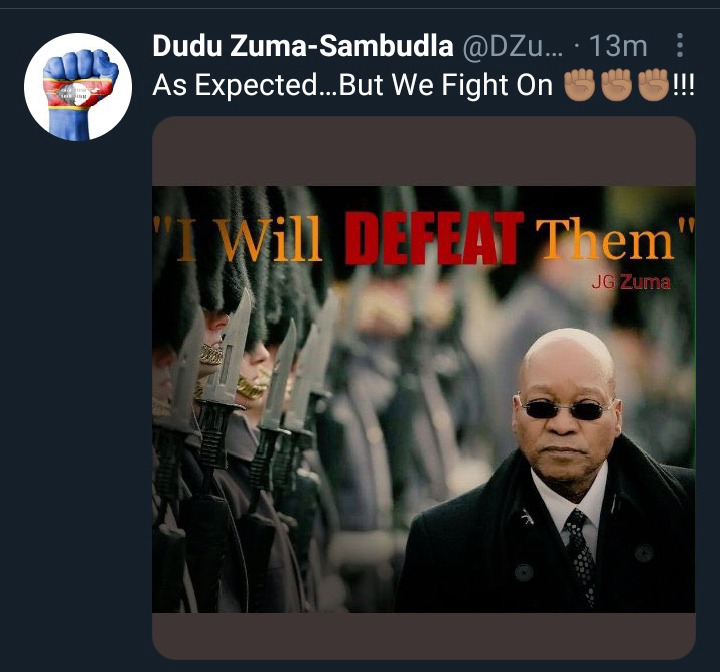