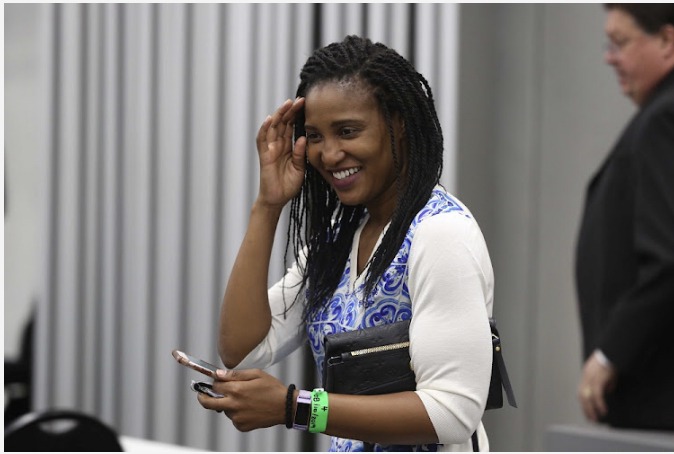 Previous president Jacob Zuma's little girl, Duduzile Zuma-Sambudla, has indeed had online media in a tizz, advising citizens to pick either the ANC and its leader Cyril Ramaphosa.

This week, Zuma-Sambudla tore into the ANC authority under Ramaphosa, proposing that the decision party required saving.

She said it was basically impossible that Ramaphosa and the ANC can be saved at the same time, and one needs to go.

"Reality, you can't save both President Ramaphosa and the ANC simultaneously, one needs to go. You pick," said Zuma-Sambudla.

South Africans qualified to cast a ballot in the nearby government races will go to the surveys on November 1.

This isn't whenever Zuma-Sambudla first hosts gone after the get-together's administration under Ramaphosa.

Last month, she said the party, under Ramaphosa, was the "Politically-sanctioned racial segregation National Congress".

She additionally changed the shades of the ANC symbol to those of the banner under the politically-sanctioned racial segregation government.

In a different post, Zuma-Sambudla required the ANC administration to leave.

Zuma-Sambudla's post drew blended responses on the web, with many scrutinizing the final offer.

Here is a depiction of a portion of the responses: 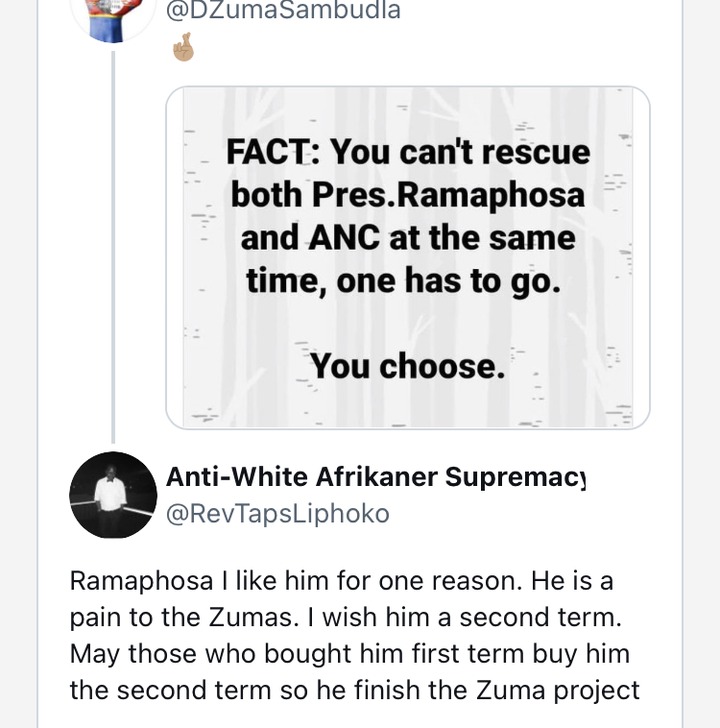 Bad news about ANC councillors who voted for EFF , they might loose job.[opinion]

ANC councillors who Voted for EFF Might loose their Jobs. [Opinion]