The minister of Transportation, Fikile Mbalula is getting it hot this time after he posted that he will opening some bridges constructed for some farming communities. Mr Fikile Mbalula aka Mr Fix is broadcasting the happenings in his ministry of late as a way to campaign for his political party. Nevertheless, his post was met with intense criticism today as people ask him to fix the railway tracks that were stolen under his watch. They are saying that there are no better transportation system that is preferable to train. An angry South African youth wrote on the minister's time-line, “There is no ‘better transport system’ without trains. Fix the rail and stations that were stolen on Your watch. Until then…”. A lady who attacked Fikile Mbalula few days ago was blocked by the minister. It is a common occurrence. 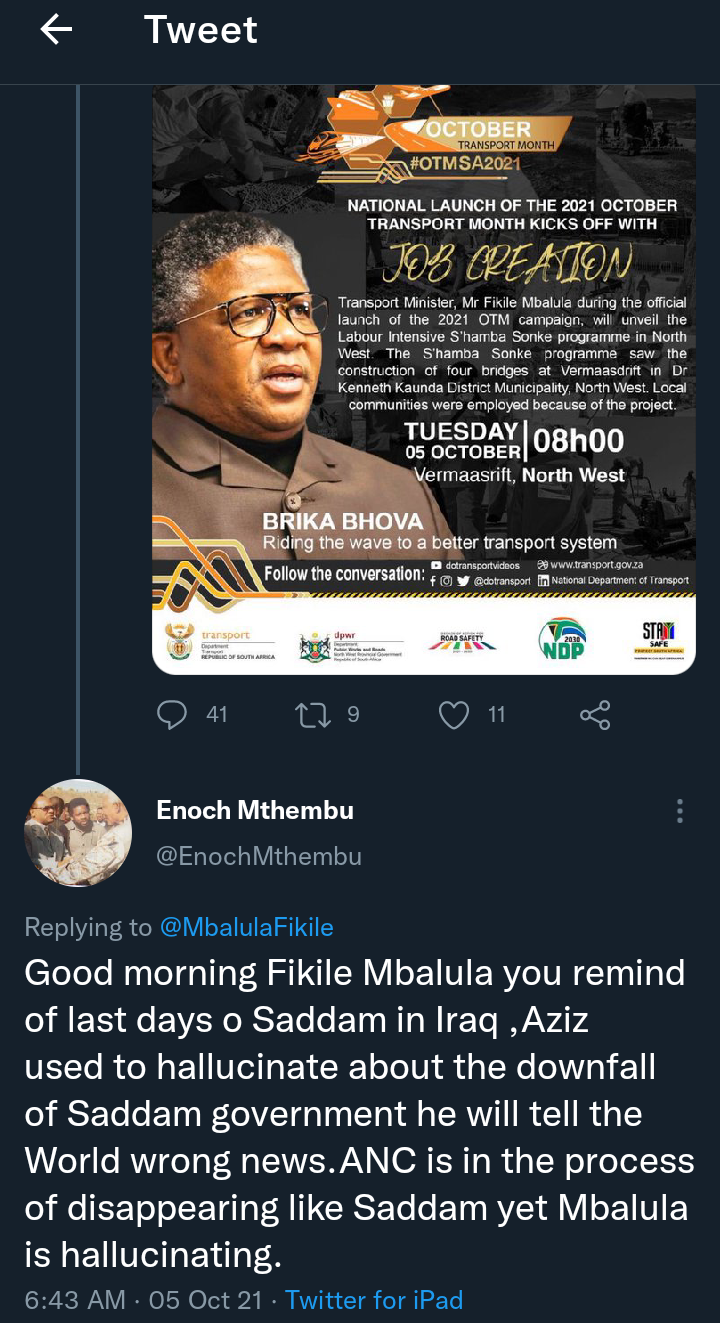 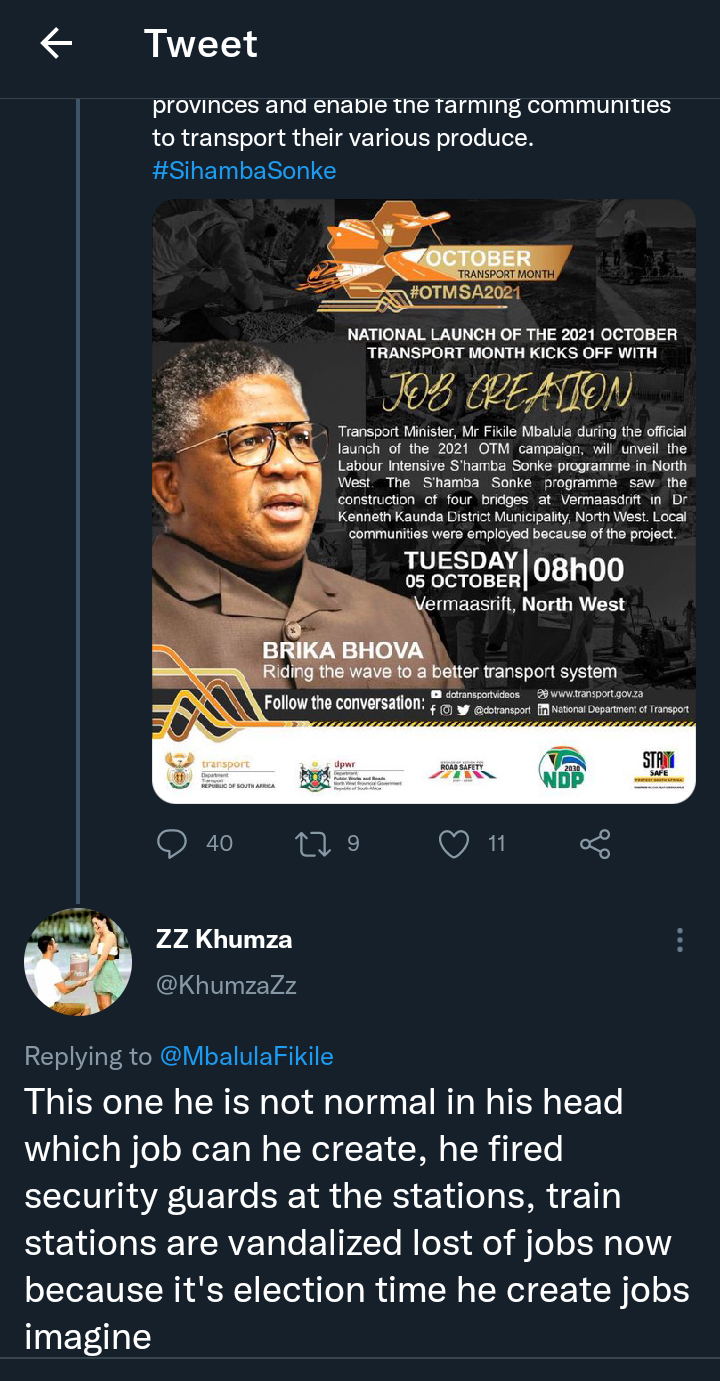 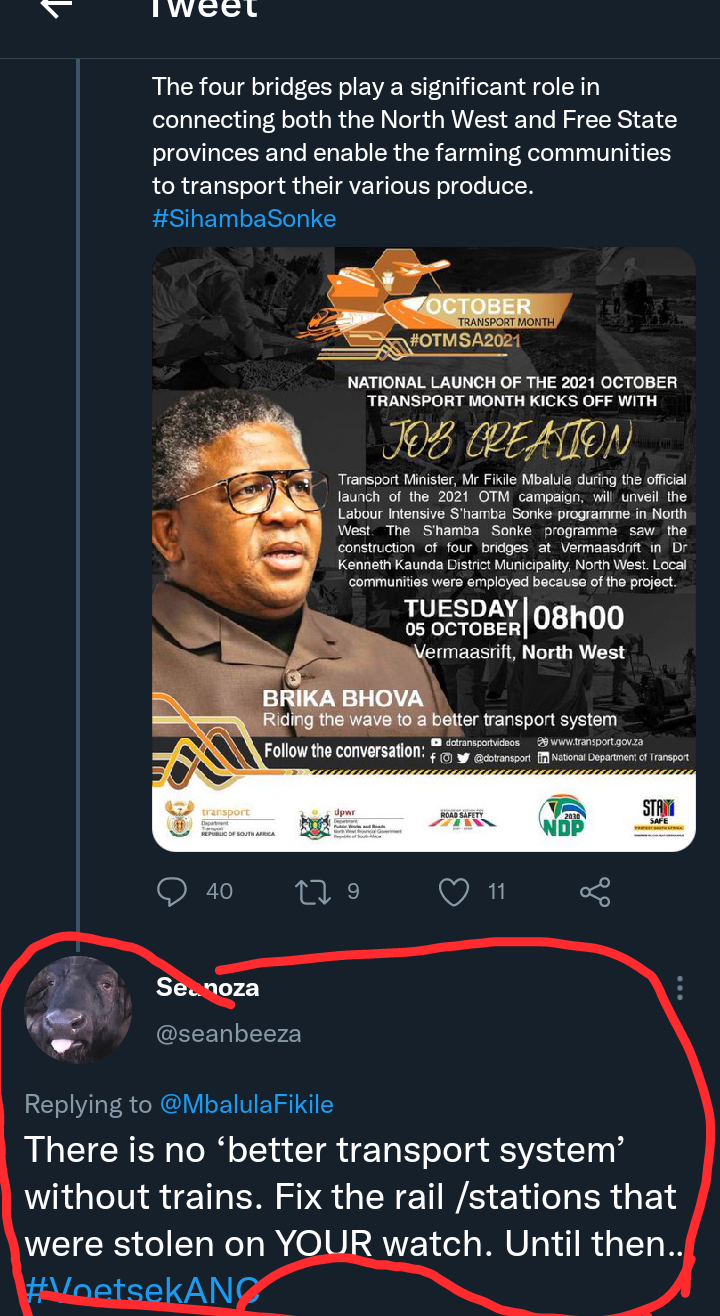 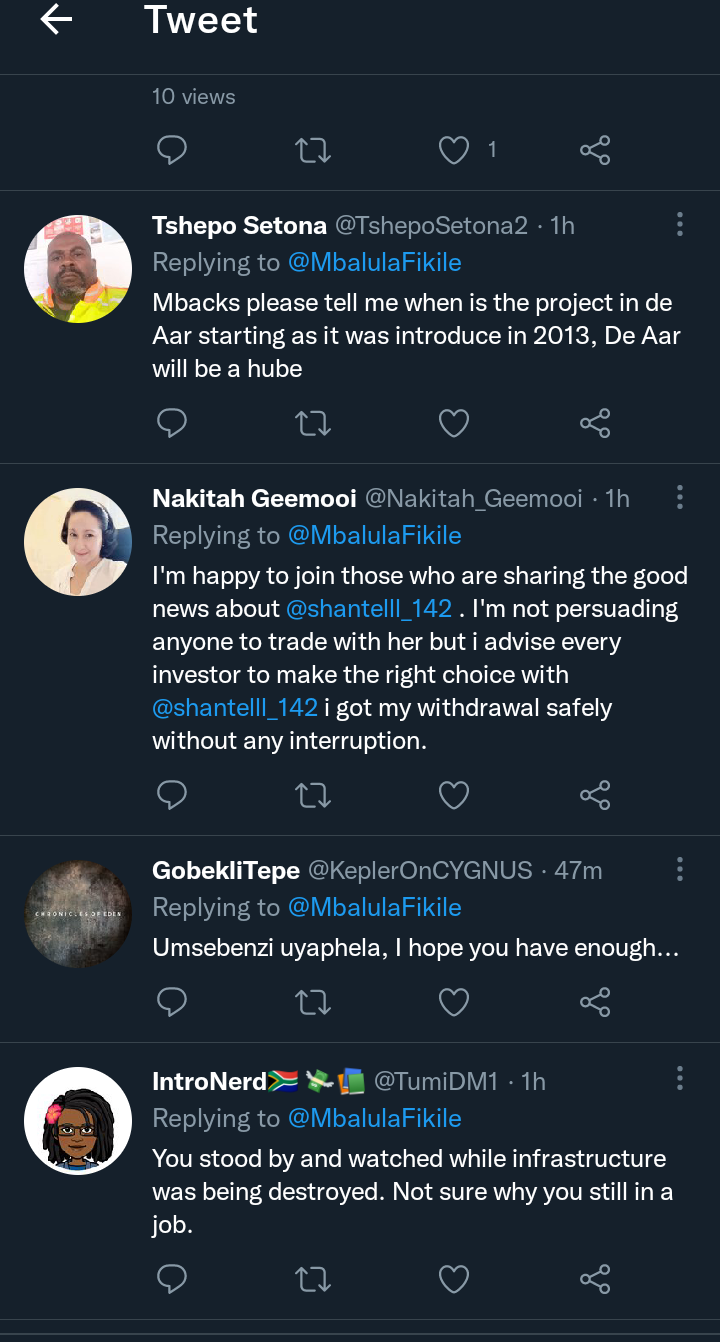 Some people are not pleased with the minister at all. However, people who use Twitter can tell you that Mr Fikile Mbalula has not stopped promoting his political party since the registration for the local government elections started. A lady said on Twitter after Mr Fikile Mbalula posted about the bridges, she said, “This one he is not normal in his head which job can he create, he fired security guards at the stations, train stations are vandalized lost of jobs now because it's election time he creates jobs imagine? Four bridges, wow, what an achievement “riding the wave” huh?! Useless!”. No matter what monumental achievement Mr Fikile Mbalula is posting on Twitter, people are that much interested any more as they conclude that the ANC is just doing these hurried jobs to impress their voters. Nevertheless, they told Mr Fikile that they cannot be fooled over and over again, disclosing that they are now wiser. 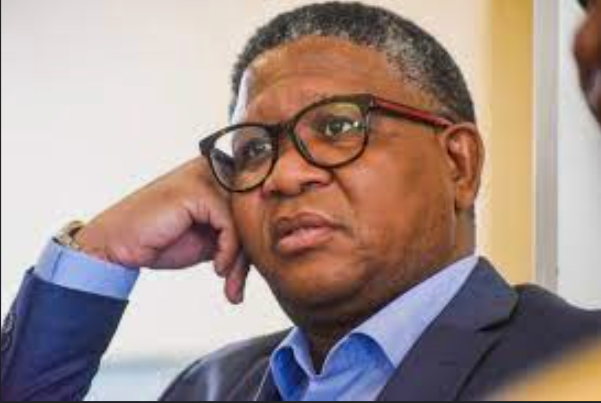 Another South African said that he is already foreseeing the downfall of ANC gradually. He said, “Good morning Fikile Mbalula you remind of last days of Saddam in Iraq, Aziz used to hallucinate about the downfall of Saddam government he will tell the World wrong news.ANC is in the process of disappearing like Saddam yet Mbalula is hallucinating. I asked for land opposite my house in Soweto, which prasa owns but is not using it. The land is just a criminal hub. Sent your office an email kodwa no reply”. It's been a difficult campaign season for the ruling ANC, unlike before when it was a mere walkover.