The non-profit; JG Zuma Foundation is keeping mum about former president Jacob Gedleyihlekisa Zuma's discharge from hospital; and finally his arrival back to his Nkandla compound. 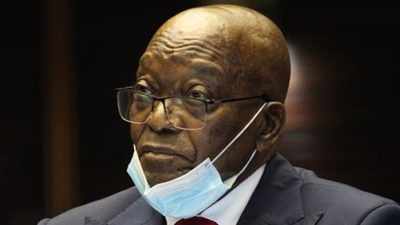 Jacob Zuma was to hand himself over to authorities to start serving his 15 month jail sentence, his supporters cordoned off his Nkandla home and threatened war if force was used to effect the arrest.Picture: Doctor Ngcobo/African News"/>Last week; former president Jacob Zuma was granted medical parole from his 15 month sentence in prison; however; he has not reached home yet; as he is still in hospital. Picture: Doctor Ngcobo/African News

Zuma was granted medical parole by the Department of Correctional Services last week; he had only served two months of his 15 month sentence for contempt of court at Estcourt prison.

The news of his parole was well received by his supporters; however many people were disgruntled by the decision to grant him parole. The DA has recently submitted court papers against this decision.

Speaking to a local newspaper; the JG Foundation said they have received numerous questions about when Zuma will be discharged from hospital; they are unwilling to share this information for security reasons.

There have been rumours that Zuma's supporters are busy with arrangements to throw him different welcome home functions. The details of the venues and dates of these functions are not yet known.

The JG Foundation said; other announcements will be made closer to the time of his discharge from hospital; but no one has any information of when Zuma will be heading back to Nkandla.

Before Zuma was granted his medical parole; he had spent upwards of three weeks in Estcourt hospital; which is outside the Estcourt prison where he was serving his sentence.

Many have compared Zuma's parole to that of his former advisor Shabir Shaik; he was also granted medical parole but was seen by reporters soon after; at a golf course; playing a round of golf.

Though Zuma has been granted this parole; he is still facing corruption charges related to the state capture. It remains to be seen when he will sit before the Zondo Commission again.