On Thursday, former president Jacob Zuma's organization, the JG Zuma Foundation, announced on social media that a book entitled ‘The Words of a President: Jacob Zuma Speaks’ would be released. 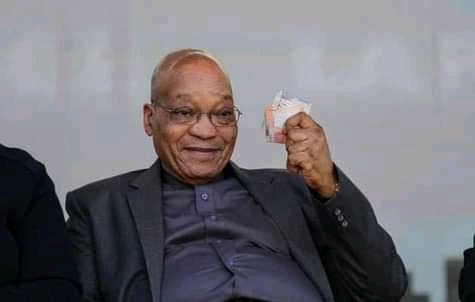 South Africans have been waiting for Zuma's letter for some time, and it is unclear whether it will affect his life, or the things he did to the government during his presidency and politics, or both.

"The long-awaited letter will be released in the second or third week of December 2021 ... More details about it will be revealed in due course," his organization said.

H.E President Zuma Speaks. This long awaited book will be made available in the 2nd or 3rd week of December 2021. Reverting stuff. Details will be made public in due course. Keep your eyes on this @JGZ_Foundation TL #WenzenuZuma pic.twitter.com/WaNTvYDc2C

- JGZuma Foundation (Official) (@JGZ_Foundation) December 2, 2021 Zuma has been promising to crack down on political issues in the country and why he has been 'attacked' over the years.

Yesterday, the Public Protector, Adv Busisiwe Mkhwebane, revealed that the Hawks and the Asset Forfeiture Unit (AFU) were investigating a company that donated R1.5 million worth of cattle to Zuma, Agridelight.

This follows a 2018 complaint by Godrich Gardee, the then secretary general of the EFF, to the Public Protector that the cattle should have been given to emerging farm owners.

Gardee made the complaint following a Sunday Times report alleging that the cattle were from former North West Premier Supra Mahumapelo.

The Gauteng High Court is awaiting a decision on his release on parole in October as some organizations have challenged the decision.

His corruption case against a French company, which affects the arms deal, is still pending in the Pietermaritzburg High Court.