By TheEyeNews (self media writer) | 6 months ago 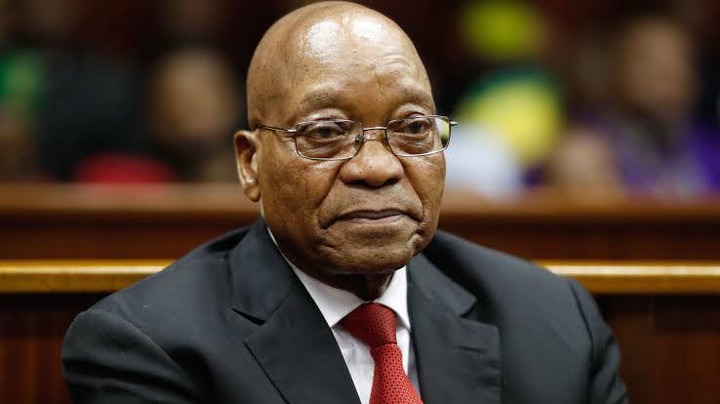 The former President of the Republic of South Africa, Jacob Gedleyihlekisa Zuma, refuses to accept defeat and throws another spanner in the works.

On Sunday, April 10, the Jacob Zuma Foundation issued a scathing statement that seeks to solidify their intentions to have Advocate Billy Downer recused as a prosecutor from his arms deal case.

Zuma lost his initial bid to have Advocate Downer recused, and he went on to lay criminal charges against him for allegedly leaking his medical report to a journalist.

The foundation further claims that despite the affidavit from Downer confirming that he leaked the information, the National Prosecuting Authority has decided not to prosecute Downer.

As a result, the legal team of President Zuma will be instituting Private Prosecution proceedings against Adv Downer.

“He (Zuma) therefore informed the court in his previous affidavits that he had instructed his legal team to institute Private Prosecution proceedings against Adv Downer with immediate effect subject to all required administrative protocols as soon as the NPA announced its expected biased decision,” Zuma Spokesperson, Mzwanele Manyi said in a media statement.

Manyi further said that the Legal Team of Zuma filed for his reconsideration application to the President of the Supreme Court of Appeal (SCA).

Meanwhile, President Zuma is expected back in the Pietermaritzburg High Court on Monday, 11 April, and he confirmed that he will be there through his Spokesperson.

While he was criticized for playing delaying tactics, Zuma says he really wants his day in court “in a fair trial and certainly not in a forum which is being rigged by the State.” 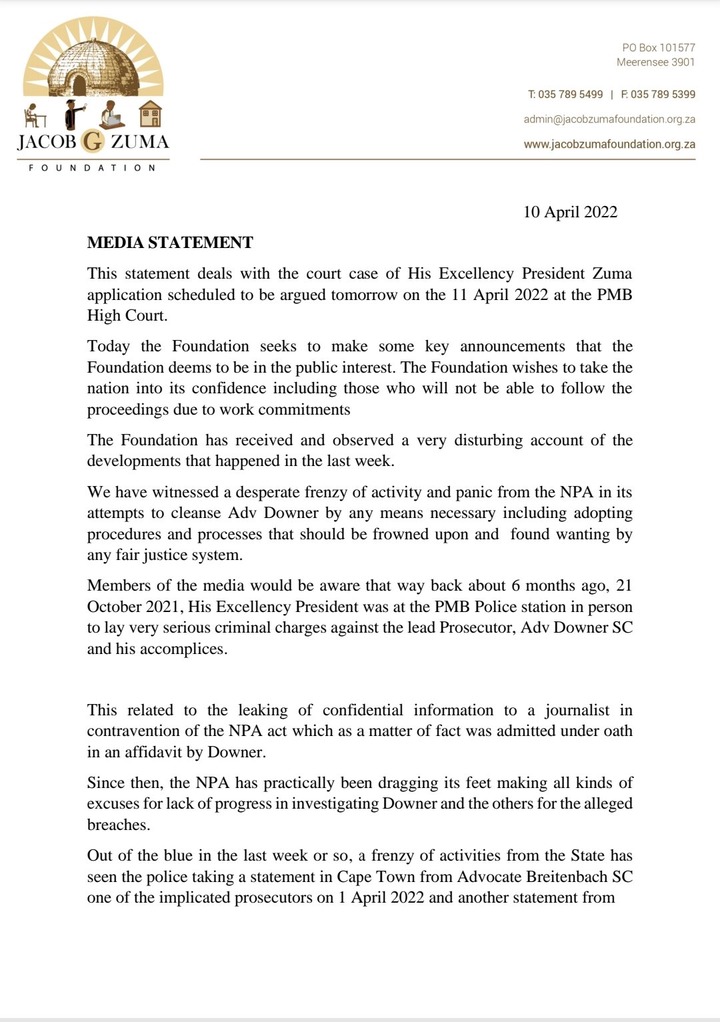 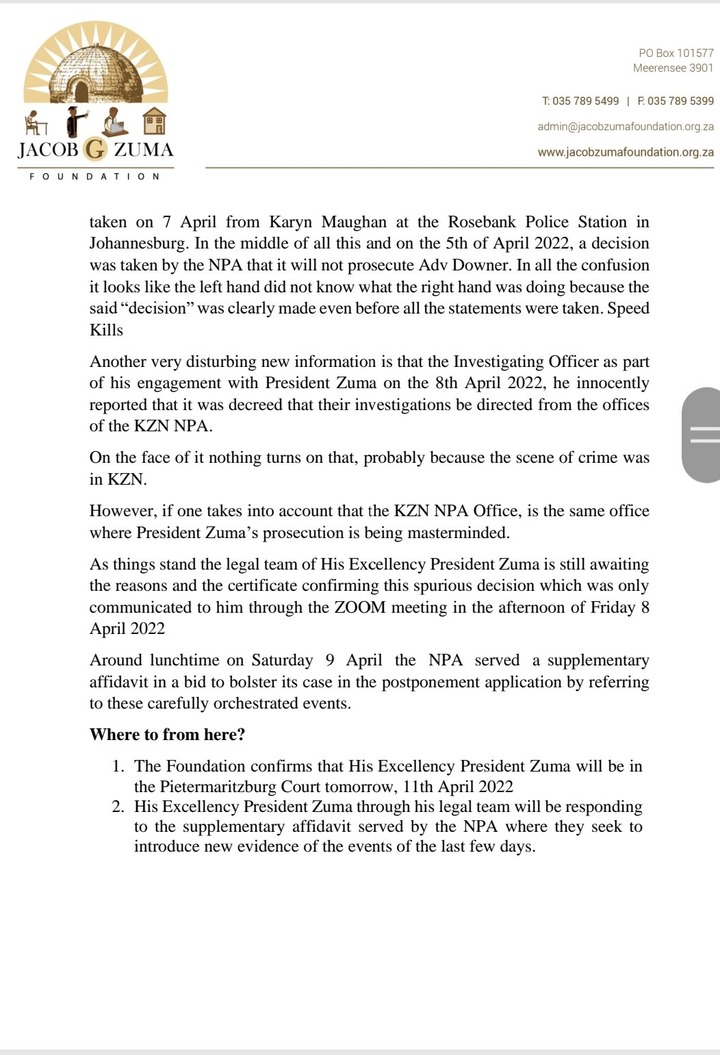 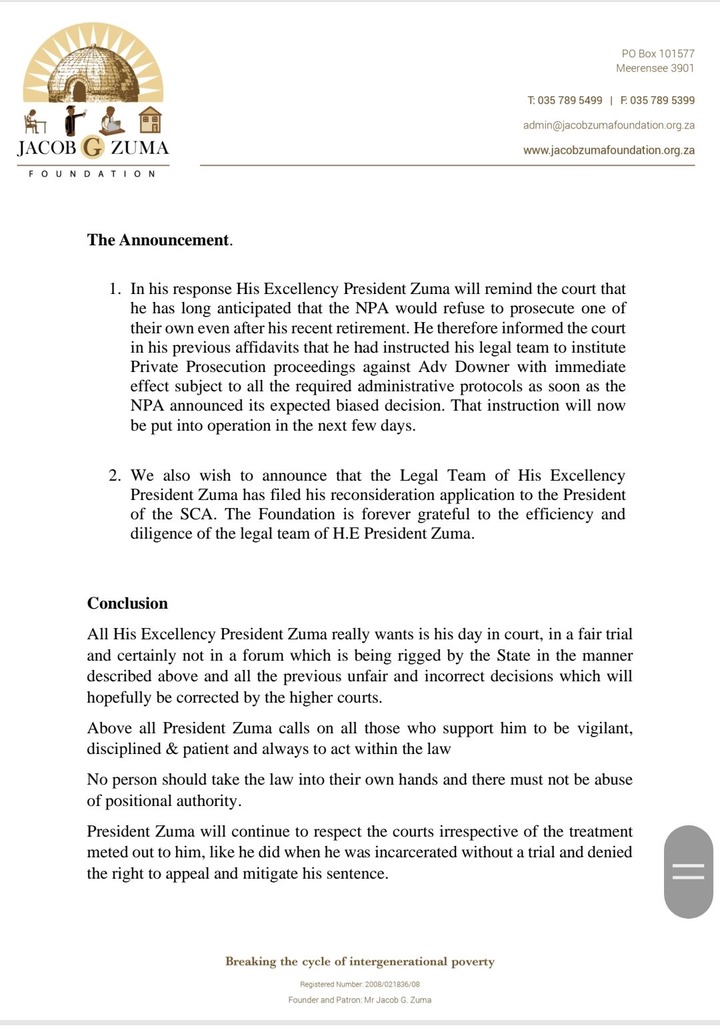 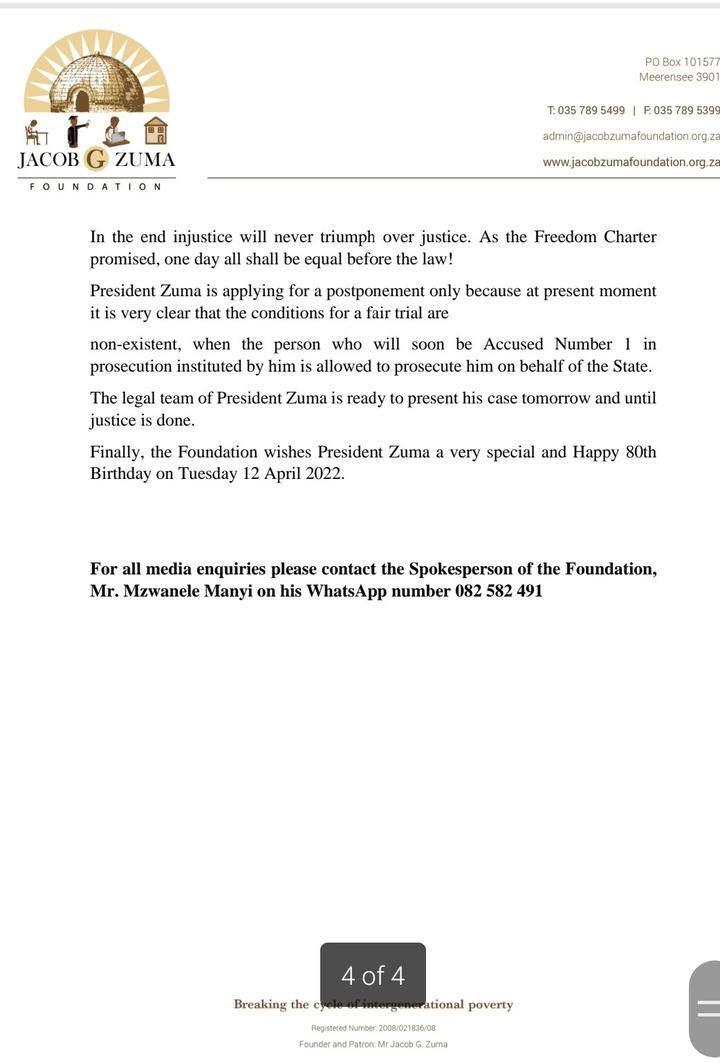