Minister Attacks Jacob Zuma saying he must rot in jail. 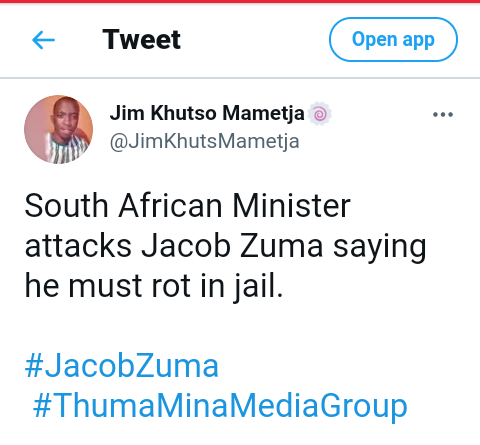 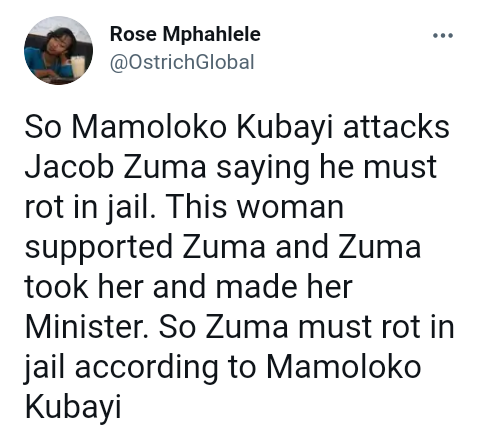 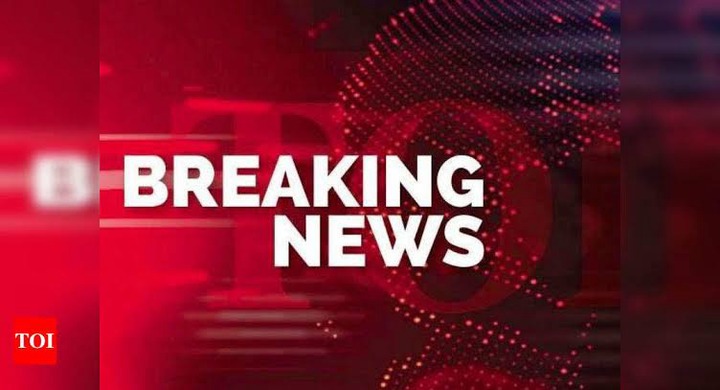 Maybe she miss the understanding : the campaign is against extraordinary rule of law that was used to compel him to jail whether guilty or not there is need of justice system to be followed. Anyway we watch them while in parliament, if you can revoke performance rating she may go down.

White South African is ranting when Zuma was arrested, they should have hit him on the head with the back of the gun, tied his legs & his hands, bundled him and throw him at the back of the police bakkie. These are people you beg daily for 27 years to love you and reconcile with you.

- Jacob Zuma for walking out of the commission

- Bathabile Dlamini for allegedly lying under oath in the SASSA case

All of these are open and shut cases.

So why these delays?

The ANC hates Blacks with passion that it justifies the destruction of food confiscated from poor blacks but gave over half a billion rand to Johann Rupert to build Mall of Africa in 2016. Of which Rupert resold his offices at Mall of Africa to Government for R1.7 Billion in 2021.

Steve Is In Tears After His Neighbour Did This. Details.

Beating Unemployment Is Easy; Learn From This Man