The horrible murder of Hillary Gardee put the entire nation in shock. Citizens, particularly those in Mpumalanga, are still hurting from the assassination of Hillary. The gruesome circumstances surrounding Hillary's unfortunate death continue to traumatize her family and even others who did not know her personally. The girl was the cherished daughter of EFF heavyweight Godrich Gardee. Unfortunately, thugs murdered her and abandoned her body in the bushes. 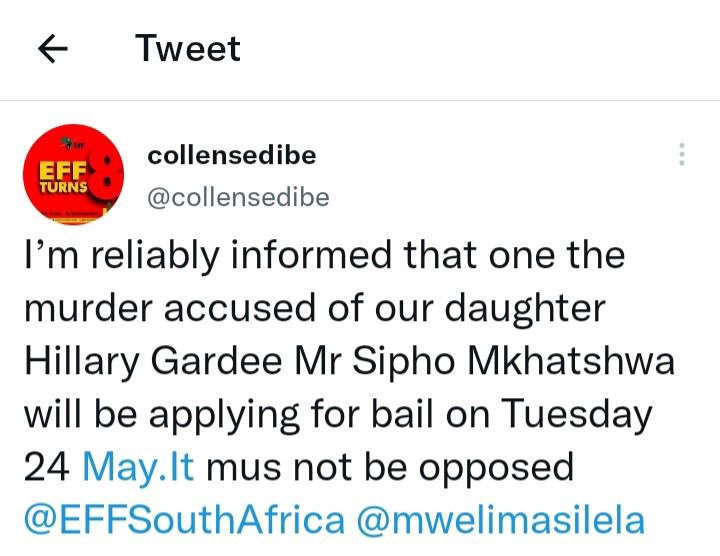 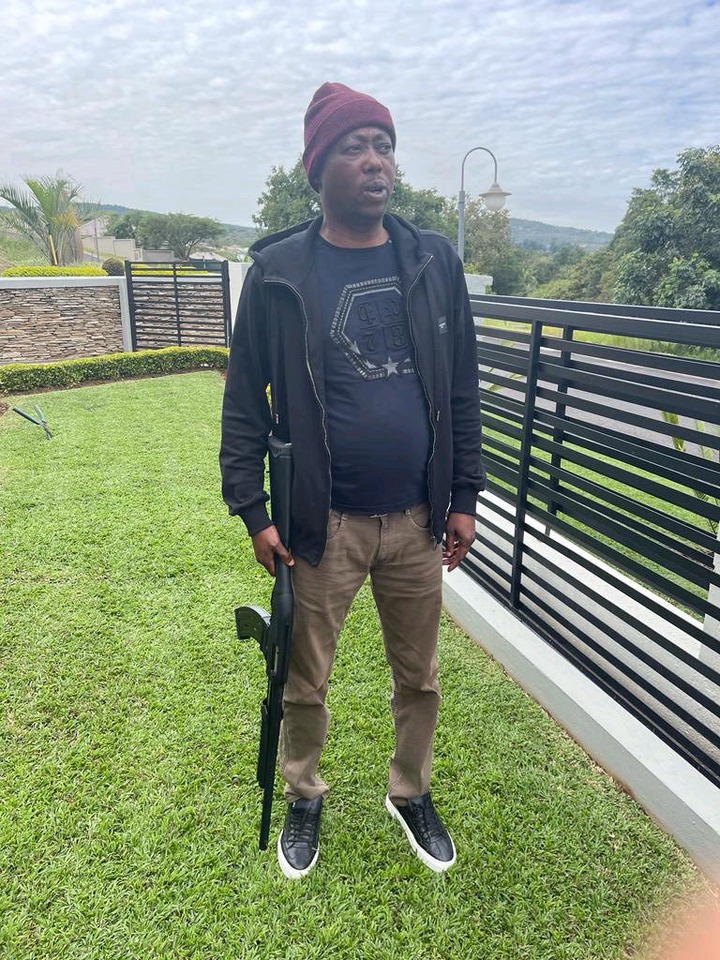 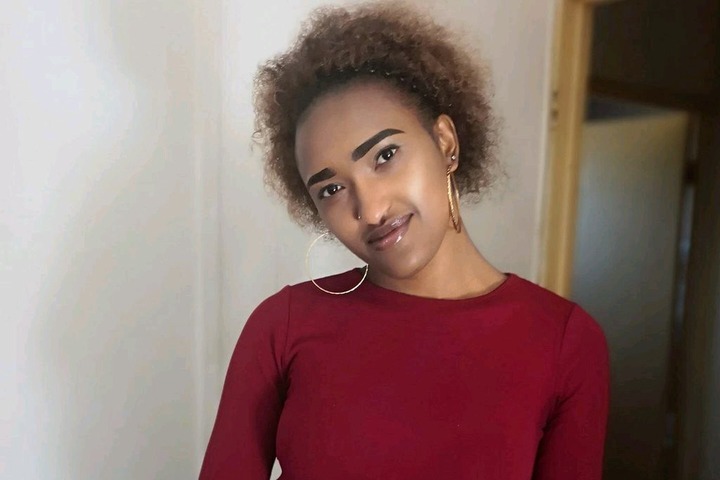 Three suspects have been apprehended in connection with the gruesome murder. When they made their initial court appearance two weeks ago, they decided not to apply for bail. Combatants urged that the judge deny them bail. Currently, there is speculation that one of the accused will request bail. Collen Sedibe, chairman of the EFF in Mpumalanga, brought the news to the public's attention. "The murder suspect of our daughter Hillary Gardee, Mr. Sipho Mkhatshwa, will reportedly ask for bail on Tuesday, April 24. It cannot face opposition "Sedibe, the leader of Mpumalanga, remarked on Twitter,

Sedibe uploaded a picture of Mkhatshwa beside an image of himself brandishing a gun. Many were taken aback by Sedibe's decision to share the photo of himself holding a gun. Does the Fighter imply that Mkhatshwa will not make it outside if the judge grants him bail? Why is the gun present? Does he imply that the Fighters are willing to kill? Another Fighter stated, "Let him come out so that we can deal with him properly." "Bail should not be contested. Actually, he is desired outside; we will then make a determination ". This reminded me of what EFF leader Julius Malesa stated. Malema issued a stern warning to Police Minister Bheki Cele as soon as it became apparent that Hillary had been murdered. Malema issued a stern warning, "Find the murderers before we do, or else..." The Fighters continue to be enraged. We hope that they do not have any hazardous plans. Violence is not a solution!

Sipho Mkhatshwa is the same suspect who allegedly confessed to the authorities that he participated in the kidnapping of Hillary. After the news of Hillary Gardee's disappearance began to circulate, Mkhatshwa reportedly consulted sangoma for purification. Mkhatshwa led the blue men to the capture of the remaining two suspects, Philemon Lukhele and Albert Gama-Nkala. Additional investigation into Mkhatshwa's life revealed negative facts regarding his history. Eventually, he allegedly intended to earn R2 million by selling his fiancée's albino twins to the sangoma he visited for cleaning. His family petitioned the courts for a protective order against him due to his violent behavior towards them. This individual should not be granted bail. He poses a threat to society! What are your opinions?

Sipho Mkhatshwa is reportedly planning to request bail on Tuesday.

As a result of what Pretty did to him in #SkeemSaam, MaNtuli Throws Out All Of Pretty's Belongings.