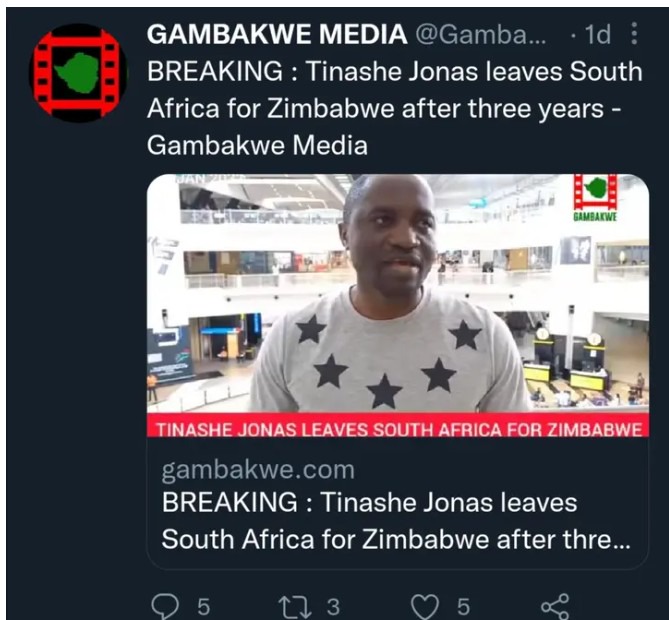 Tinashe Jonas, a well-known Zimbabwean political activist, is preparing to return home for the first time in three years from South Africa. Jonas has told Gambakwe News that he will relocate to Zimbabwe in 2023 to support President ED Mnangagwa's presidential campaign. After fleeing Zimbabwe, Jonas has lived in South Africa for nearly three years.

Zanu PF, according to Jonas, is unlike any other political party. Jonas' return to Zimbabwe will surely have an interesting political consequence in Zimbabwe. Let's hope he goes back to his homeland and solves things. Jonas recorded a video from OR Tambo before leaving. 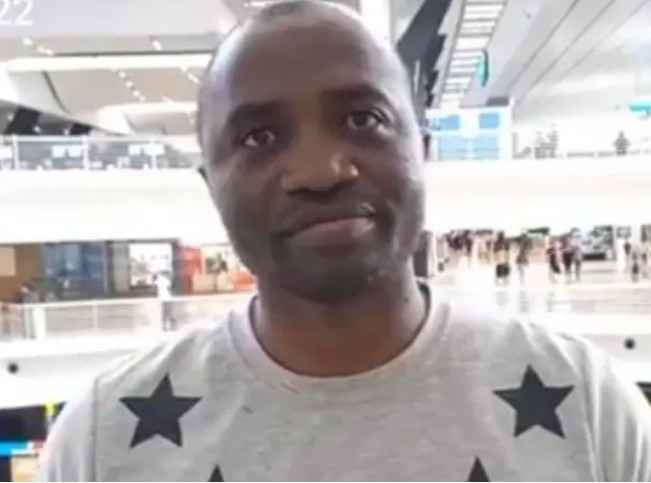 He expressed his pride in having departed South Africa and in being a Zimbabwean. It's unclear whether what he says is true, but we do know that a number of Zanu PF politicians who had been living in South Africa for a long time have returned to help their government prepare for elections in 2023. 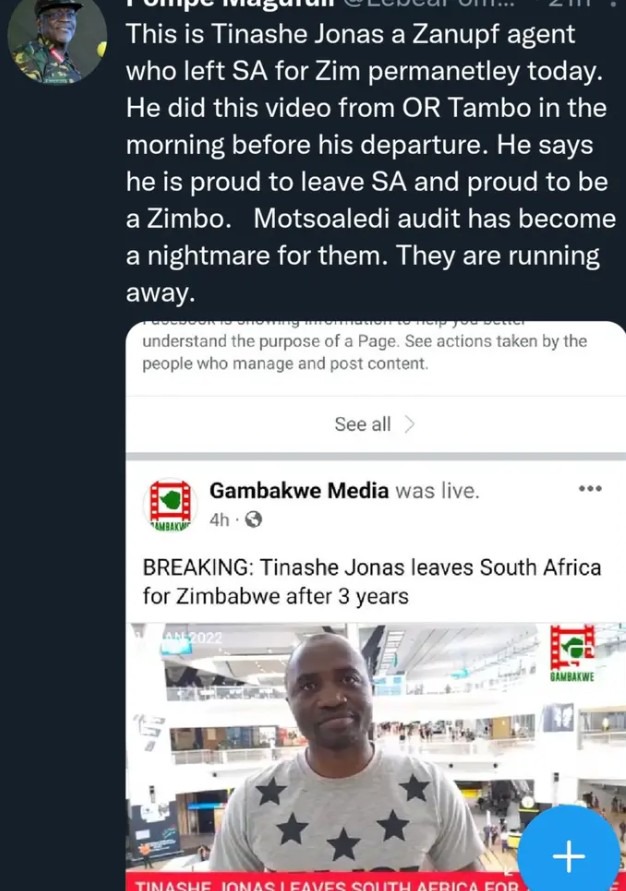 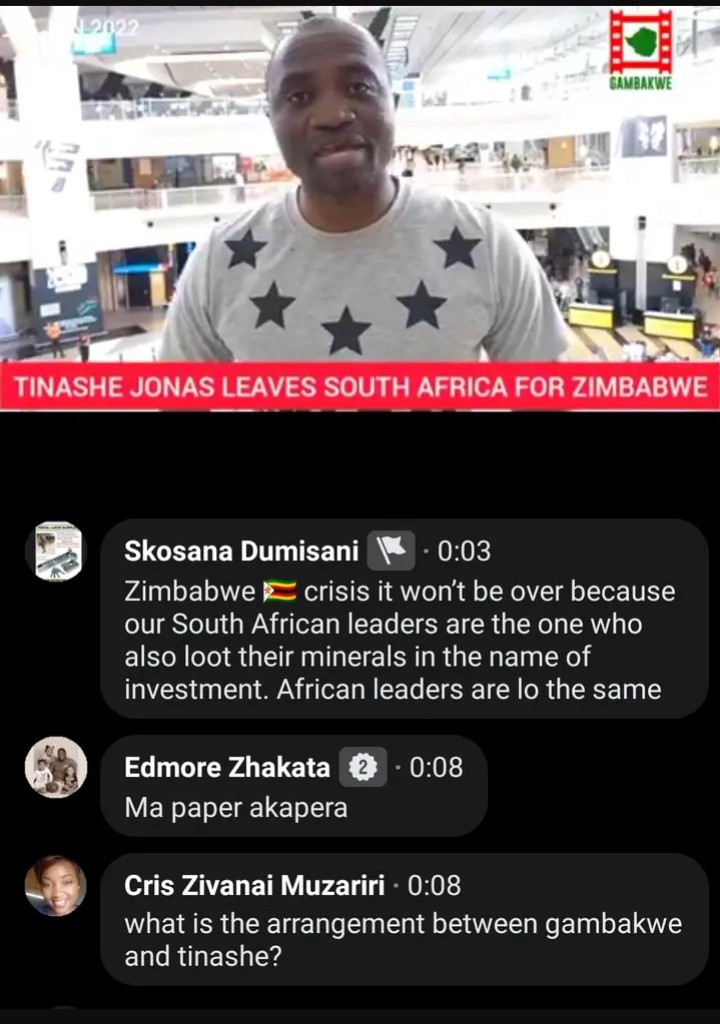