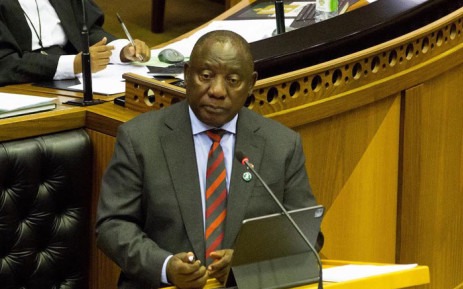 CAPE TOWN - The African Transformation Movement (ATM) said that still up in the air to continue onward with its movement of no trust in President Cyril Ramaphosa in the wake of scoring a triumph in the Supreme Court of Appeal on Thursday.

The party – which has only two seats in Parliament – first postponed its plan against Ramaphosa in February 2020, and asked that casting a ballot be finished by secret polling form.

This solicitation was denied by then-National Assembly Speaker Thandi Modise, a choice maintained by the Western Cape High Court.

In any case, on Thursday, the ATM's allure against this choice was maintained by the allure court.

It requested that new Speaker, Nosiviwe Mapisa-Nqakula, should rethink whether casting a ballot be open or mystery.

Parliament said that National Assembly Speaker Nosiviwe Mapisa-Nqakula would trust that the African Transformation Movement will show whether it needed to continue with the movement prior to thinking about the issue of casting a ballot.

Yet, the party had effectively clarified that it needed to press ahead.

The ATM said Ramaphosa has never really altered its perspective since it initially postponed the plan almost three years prior.

It said he had all things considered "developed the emergency" the nation was in.

The party, which has only two MPs, is faulting Ramaphosa for record joblessness, load-shedding, the high petroleum value, COVID hardware defilement and the breakdown of state-possessed organizations, in addition to other things.

It will currently be dependent upon Mapisa-Nqakula to conclude whether casting a ballot in the no-certainty banter be finished by secret voting form or not.

Why does he delete his status after I read it? This is how the public reacted.

Lindiwe Sisulu claims that Ramaphosa lied about his apology