By Daily_Fitness&amp;Health (self media writer) | 16 days ago 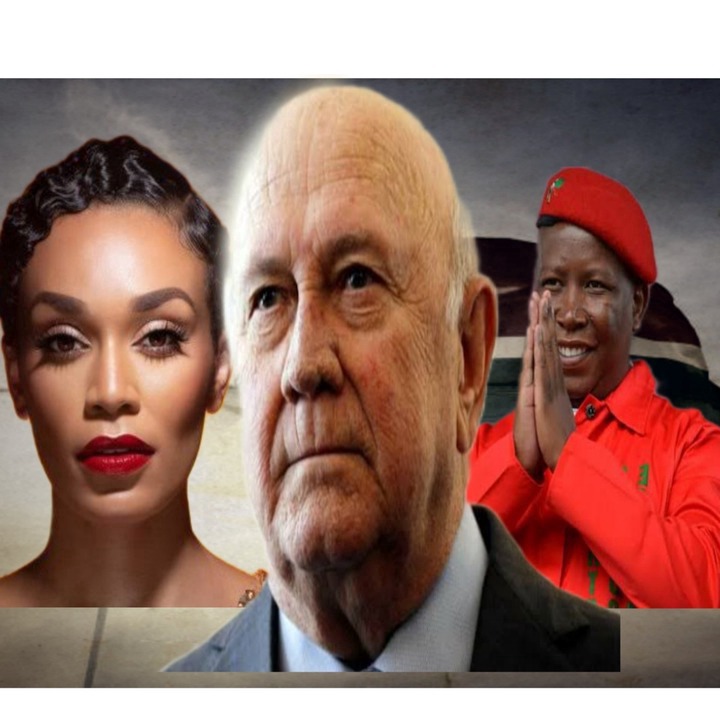 After receiving a complaint from Germany regarding his infamous "Thank you God" message, Twitter investigated and cleared EFF leader Julius Malema. With the mysterious tweet tweeted seconds after news of former President FW de Klerk's death, Malema had social media in a tizzy on Thursday. The final apartheid president died on Thursday at the age of 85 at his residence in Cape Town.

It was unclear what Malema was referring to in his post, but many on social media suspected that it was tied to the news of De Klerk's death. Malema refused to respond when contacted by the news. According to a screenshot provided by Malema on Friday, the tweet sparked outrage from as far away as Germany. "By German law, Twitter is compelled to send a notification to users who are reported by persons in Germany via the Network Enforcement Act reporting route." "We have received a complaint about your account for the following content: 'Thank you God,'" Twitter said in a statement.

Twitter determined that Malema's message was "not susceptible to removal under Twitter rules" and took no action against him. The EFF leader seemed unconcerned by the complaint and stated that his detractors did not want him to be happy. 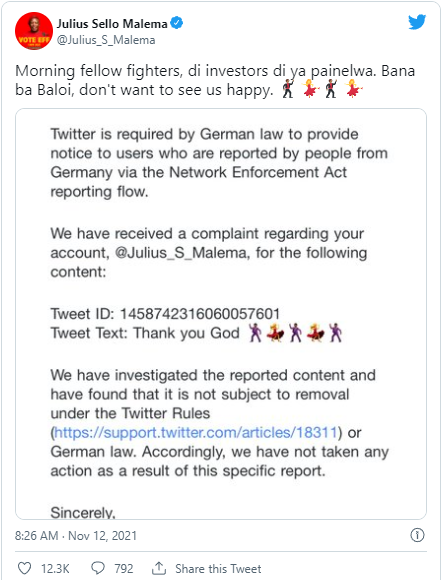 It is sad that people no longer respect the death of a person, I never would have thought that one of the top party leader would say such things about a sensitive matter like this. Following influential people should have certain limits because if not you might find yourself following them straight to hell, it is saddening that people play around with this matter as it is nothing, sit back a little and think about your actions. Let us know what you think about the Malema's investigation on the comment section below, please do no forget to like, share and follow to receive updates. 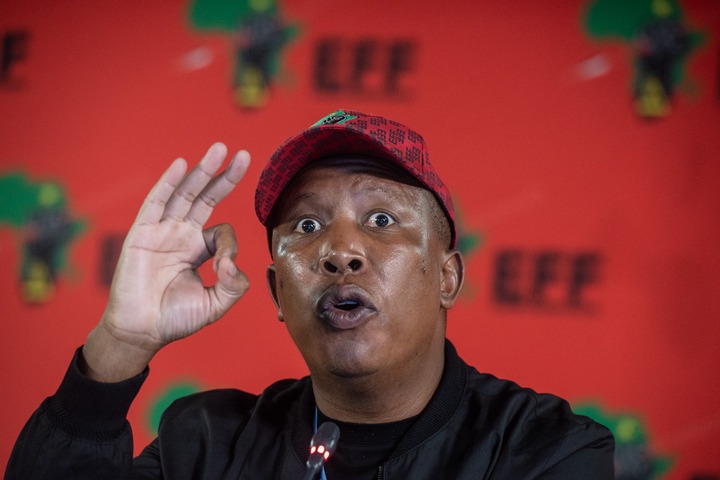 'See 4 Things Ladies Check In A Man Before Accepting Him