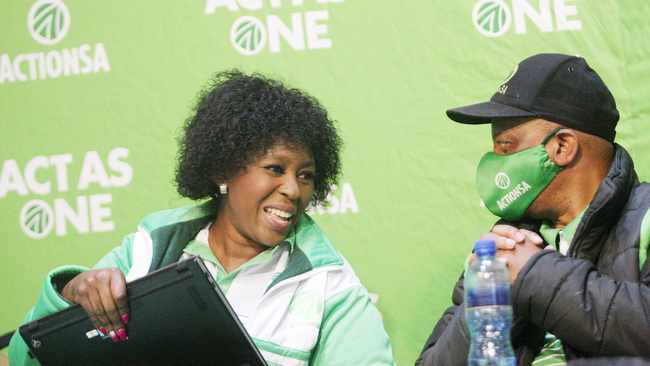 ACTIONSA requests that the Electoral Court power the Electoral Commission of SA (IEC) to remember its complete name for the polling form paper or delay the races one month from now.

This is contained in a dire application before the full seat of the Electoral Court sitting at the Joburg's High Court Division.

ActionSA stopped the application after its name was discarded in the draft voting form paper delivered by the IEC on October 2.

On the side of its choice, the IEC contended that ActionSA neglected to furnish it with the contraction of its party's name - a view which goaded the authority of ActionSA.

ActionSA, through its public executive Michael Beaumont, stopped the court application after bombed endeavors to convince the IEC to incorporate the complete name ActionSA into the spot designated for the shortened form of ideological groups challenging races.

ActionSA: this is the means by which we intend to address migration and revive downtown areas

Mounting fights in court for IEC as decisions loom

Beaumont told the full seat drove by Judge Boycie Bam that there were no guidelines in the application shapes that every one of the gatherings were needed to present the shortening of the party's names in the voting form paper.

Advice for ActionSA, advocate Adilla Hassim SC, contended that her customer became mindful of the oversight of the party's name in the voting form paper on October 2 and said the party kept in touch with the IEC's vice president leader of electing activities, Masego Sheburi, and told him about the exclusion.

As per Hassim, the IEC was not useful, which provoked the party to hold up the court application on an earnest premise on October 5.

ActionSA was unyielding that there was nothing in the guidelines which expected it to present a contraction of its party's name in the IEC's application papers.

"The most regular spot to instruct ideological groups regarding the results of not picking a condensed adaptation of its name would have been on that structure. On the commission's form, the outcome of not choosing a shortened name is that main the ActionSA logo would show up on the ward paper, and not its name.

"This data doesn't show up anyplace on the enrollment structure.

"Informing ideological groups with respect to the results of not choosing a condensed name would be the actual postulation of the commission's order and powers. That is, it would guarantee a free and reasonable political decision and elevate conditions helpful for nothing and reasonable races. Barring a piece of a party's distinguishing proof without admonishing is the direct opposite of that," Beaumont contended in his testimony.

He was determined that the IEC might host utilized the gathering's name, involving eight letters, as a condensing.

However, the IEC would not like to withdraw, contending that gatherings in a comparable circumstance, like the Good Party, had additionally remembered a condensing for their application.

"This is a decision which was made openly and with full enthusiasm for the outcomes by ActionSA itself.

"The basic reality is that, had ActionSA given the commission.