President Mokgweetsi Masisi says Batswana should freely vote him out of power if he disappoints - and he will go peacefully and not be selfish and turn into a bully.

“I will just wish my successor well, even if I do not agree with their ways. I will not meddle. Never! I mean ke mang a iseng a tlhalwe? A botshelo bone jwa hela? “I will be happy that I did my best and even attend the inauguration of the incoming leader. I will not turn into an abuser,” Masisi said.

The President was speaking in Kang village this past week where multitudes had gathered for his consultative meeting.

The Kang meeting happened two days after his Serowe encounter where sparks were expected to fly on the backdrop of President Masisi’s much-publicised differences with his predecessor, former President Ian Khama, who doubles up as the Paramount Chief of Bangwato. Kang is the place where Masisi was elected and endorsed as Botswana

Democratic Party (BDP) president in 2019 during a heavy contest that pitted him against former Cabinet Minister Pelonomi Venson Moitoi, whose candidacy was widely supported by Khama. 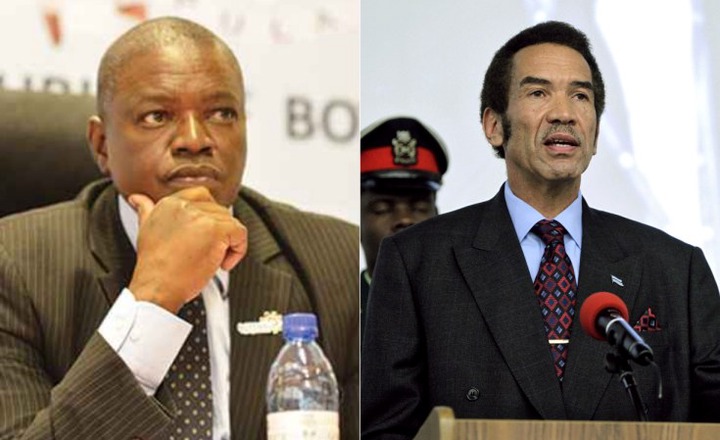 This was among the first opportunities Khama had hoped to see Masisi removed from his seat as the country’s president. Masisi would prevail at the Kang congress, and went on to win the general elections in 2019, the results which Khama came out at a public gathering of some opposition party followers, imploring the Umberella for Democratic Change (UDC) to reject on suspicion of rigging.

The relationship between the two had grown sour, with Khama even going on to quit the BDP to facilitate the founding of the party he leads as Patron, Botswana Patriotic Front (BPF).

When Masisi was later sworn in as Botswana’s fifth president on the 1st of November 2019, Khama was a no show - a first in the history of Botswana for a former president to snub the inauguration of his successor. 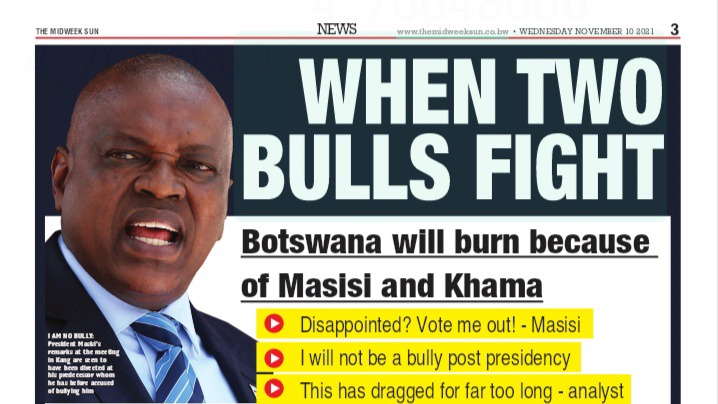 During all this time, there were public spats with salvos directed in both directions after Masisi’s government was seen to incapacitate the former president, refusing to accede to his demands for aerial transport and increased staff.

Thus Masisi‘s remarks in Kang were interpreted as taking a swipe at his predecessor. For over two years now, both Masisi and Khama have had nothing positive to say about each other. They have on several occasions been attacking each other indirectly.

But what remains unknown are the circumstances that could have led to the massive fallout between the two men who once worked as president and vice president. 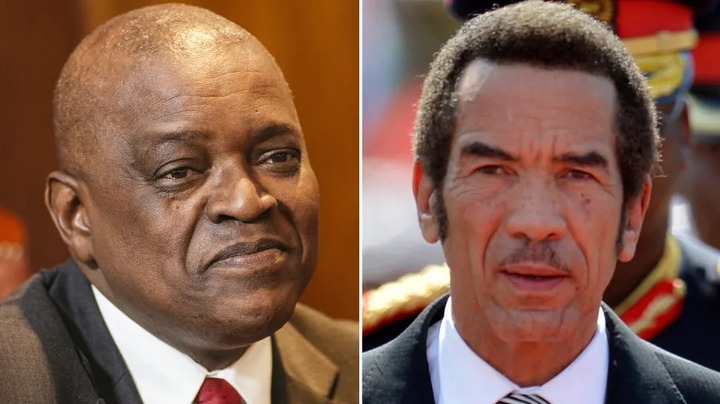 “The visible tensions between Masisi and former president Khama have dragged on for far too long. If this goes on, the country will eventually burn.

“It is unhealthy. Nothing of this sort has ever happened before and it threatens to shake Botswana’s democracy,” political analyst Leornard Sesa said.

Sesa shared that in the past, former presidents were given assignments by their successors to go and work on. “Former president Festus Mogae told Masire to look into Agriculture, Ian Khama told Mogae to focus on HIV/AIDS, so what is Khama doing currently?” Sesa asked. 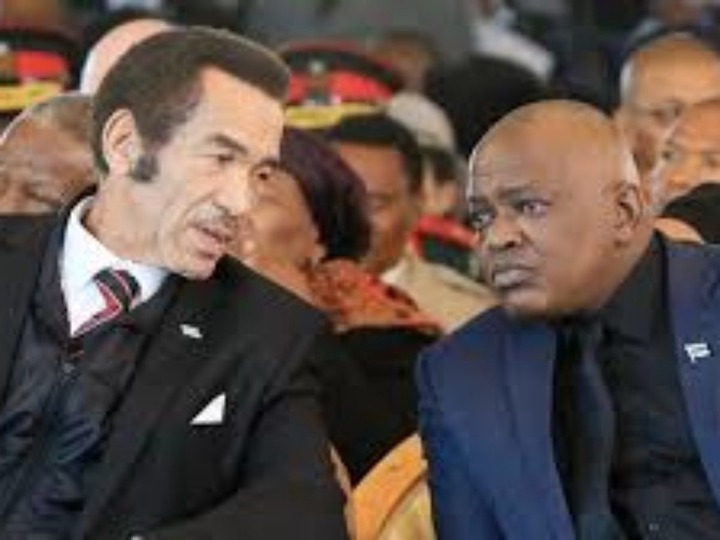 The tensions between the two men are bringing uncertainty in the country. People will soon not feel so safe in Botswana. Issues of tribalism will crop in and before long the country will turn chaotic. There are reports of the use of guns and claims of assassination flying around, which means that both men are now intensifying their security. 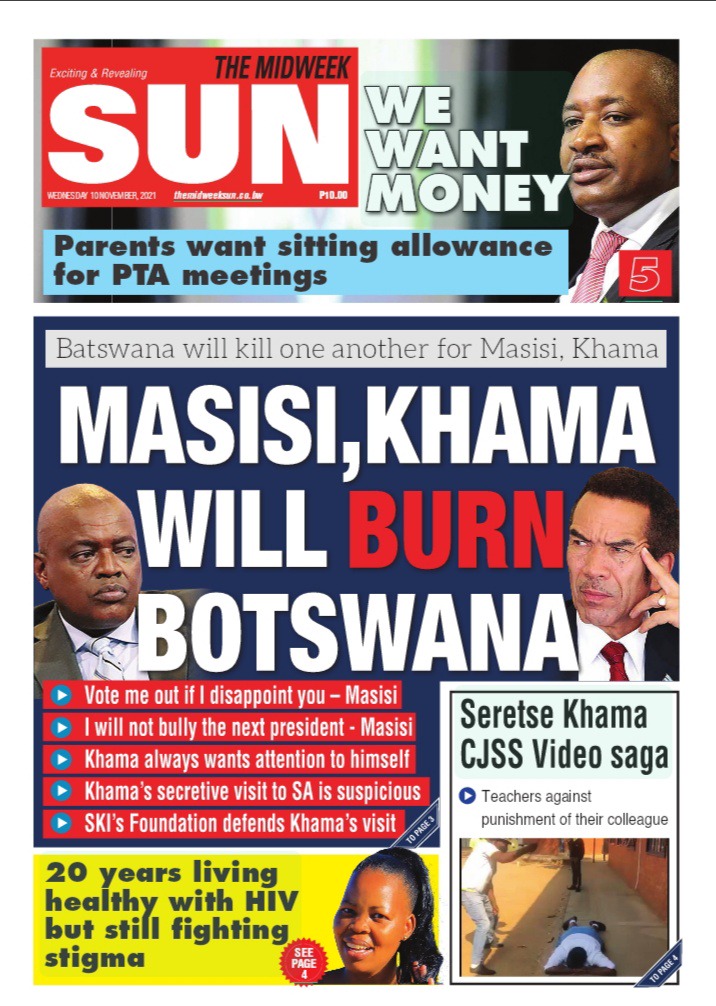 Khwezi was too quick to mourn for Lehasa

A venda guy cooked this for his friend when he visited him and had a lot of people talking.