One would be desperately deluding themselves if they thought someone who has reached veteran age has no influence in the political dynamics inside the ANC. Perhaps one should try to decipher how the modern ANC factional politics works. . 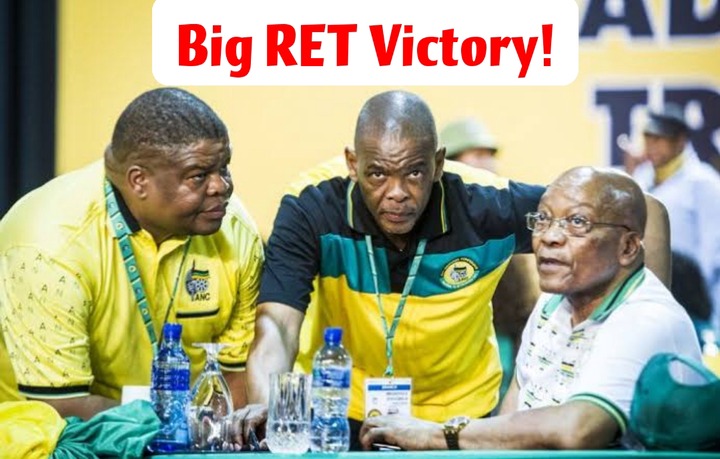 Gone are the days during which groupings in the ANC were formed on the basis of ideological orientations, you read many stories about ANC leaders who used to have certain idiosyncratic ideals, but later abandoned them because they were persuaded by others.

It is on that background that one wants to elucidate the personality politics that have taken over the ANC.

Believe it or not, today's confirmation that former President Jacob Zuma is back to his eNkandla homestead, is a significant victory for those who are sympathetic towards him and what he believes in. 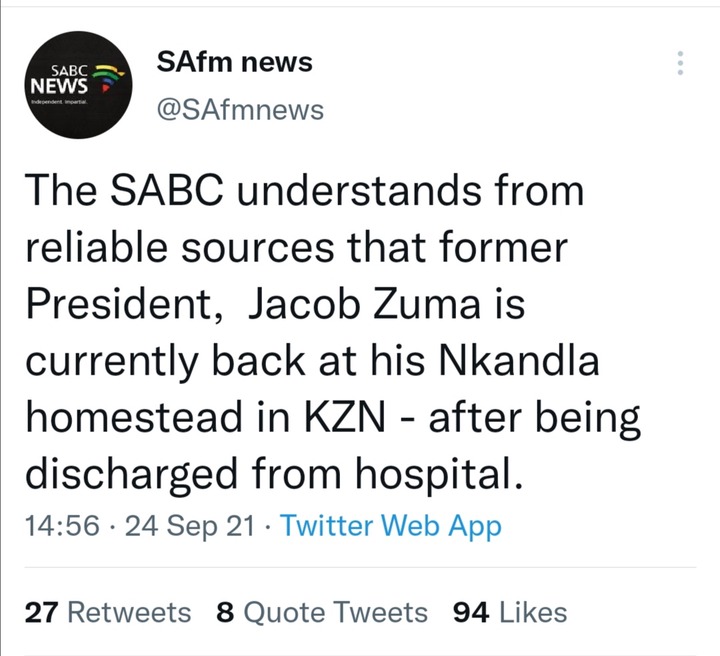 Zuma is infamously-known as the father of the Radical Economic Transformation (RET), which is ironically an ANC policy that was appropriated by those who supposedly use it as code for looting. However, that's a topic for another day. 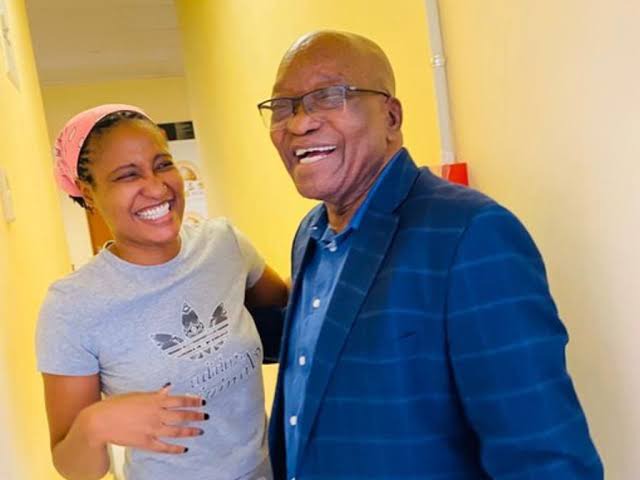 And while President Cyril Ramaphosa was delivering a national heritage day speech remotely from Union Buildings, RET supporters were celebrating news that Zuma has at long last made his way back to the comfort of his home. 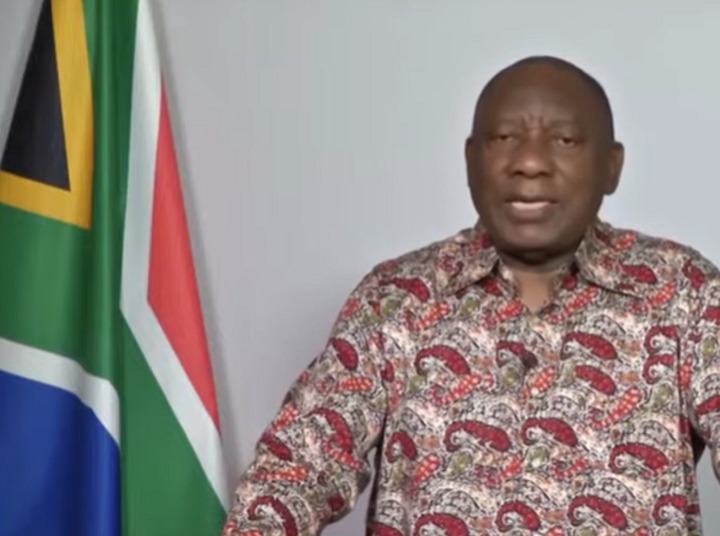 Although he was merely granted a medical parole due to his well-documented health issues, the move which was made by the controversial prisons national commissioner, Arthur Fraser has since divided opinion due to the manner in which it was conducted.

Be that as it may, Zuma's supporters do not actually care whether it is parole or not, because they are aware of the political contribution he will certainly make in the next few weeks and months. 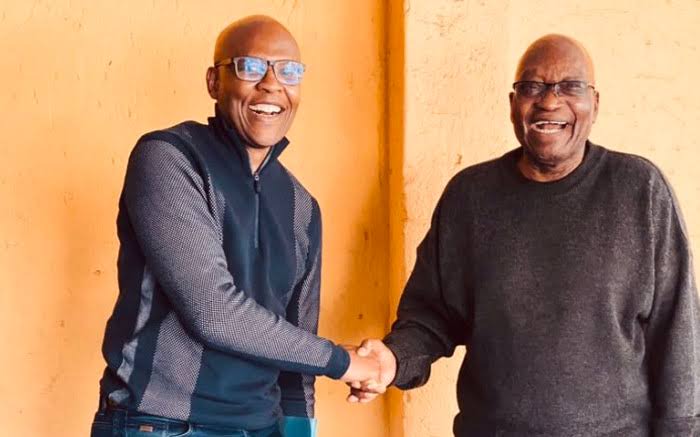 Suspended Secretary-General Ace Magashule was once quoted 𝘪𝘱𝘴𝘪𝘴𝘴𝘪𝘮𝘢 𝘷𝘦𝘳𝘣𝘢 indicating that Zuma will inform the RET brigade on the cause of action regarding their political activities.

After the local government elections, a slew of ANC provinces will be going to conferences, and Zuma’s indispensable wisdom will surely needed for his faction to emerge victorious.

Do you think Zuma will still be able to play a significant role in ANC politics? 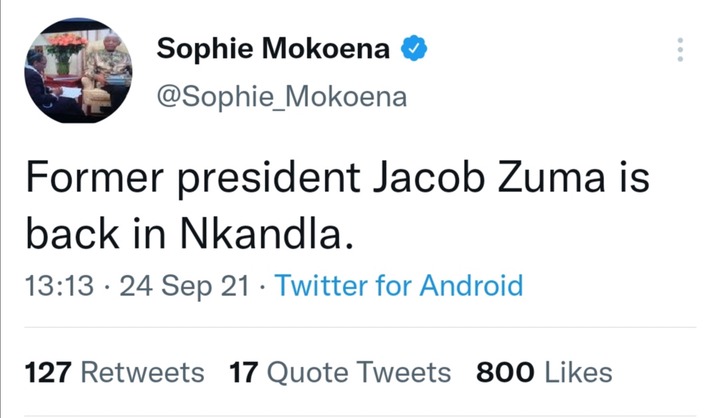 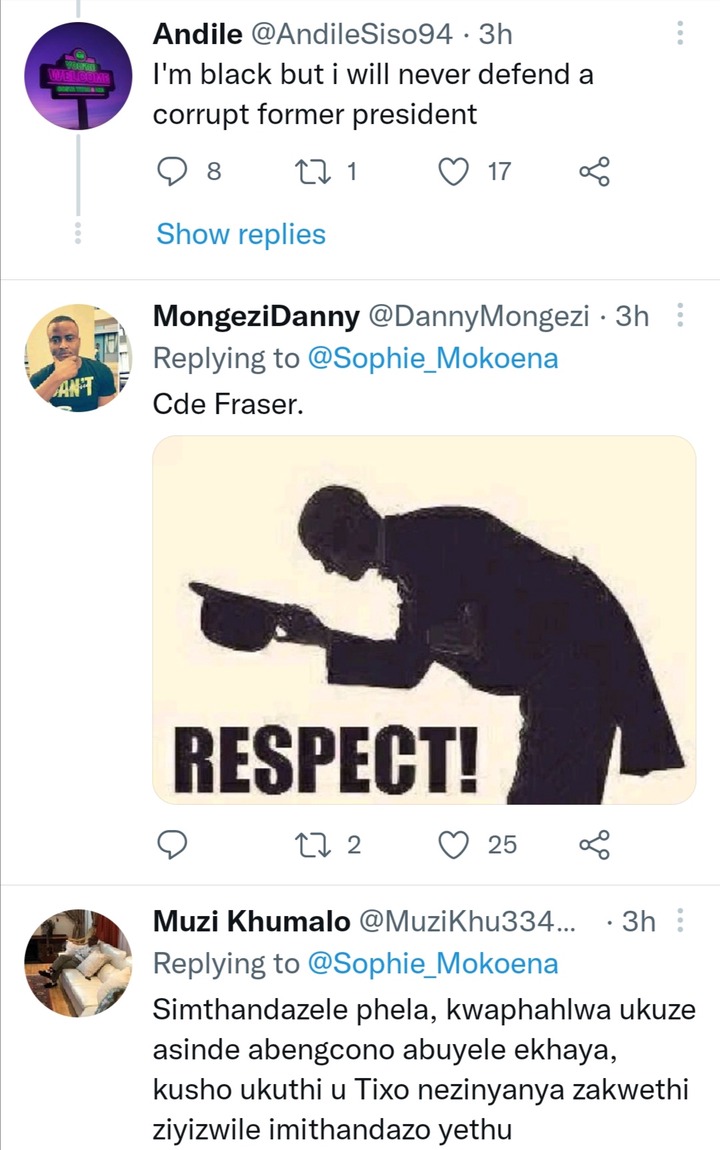 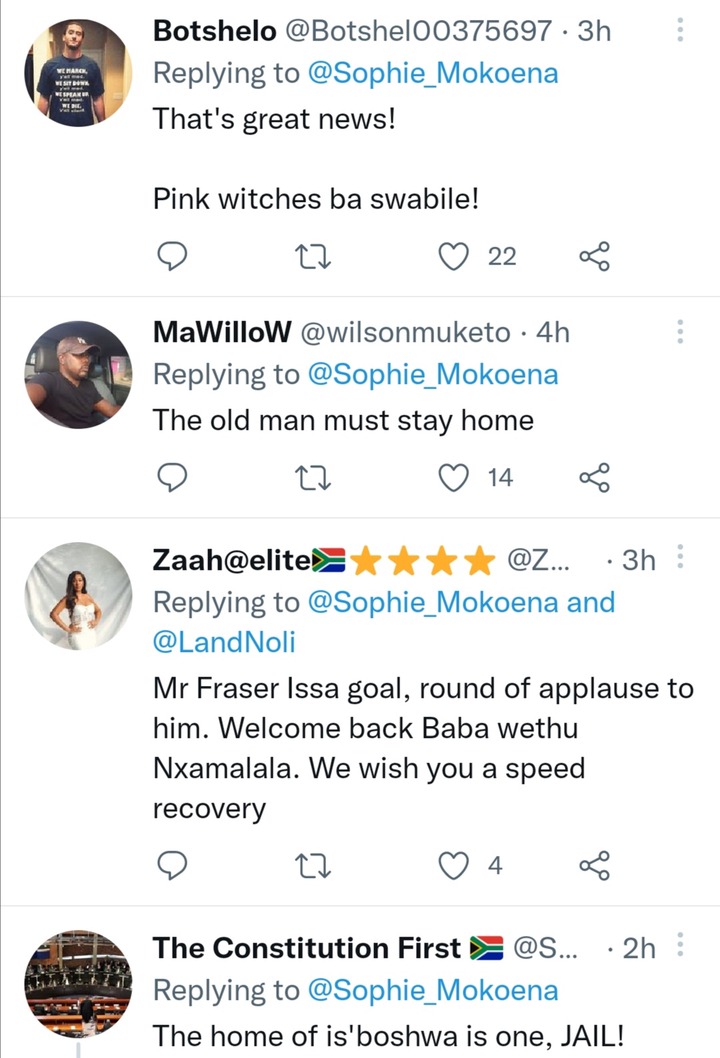 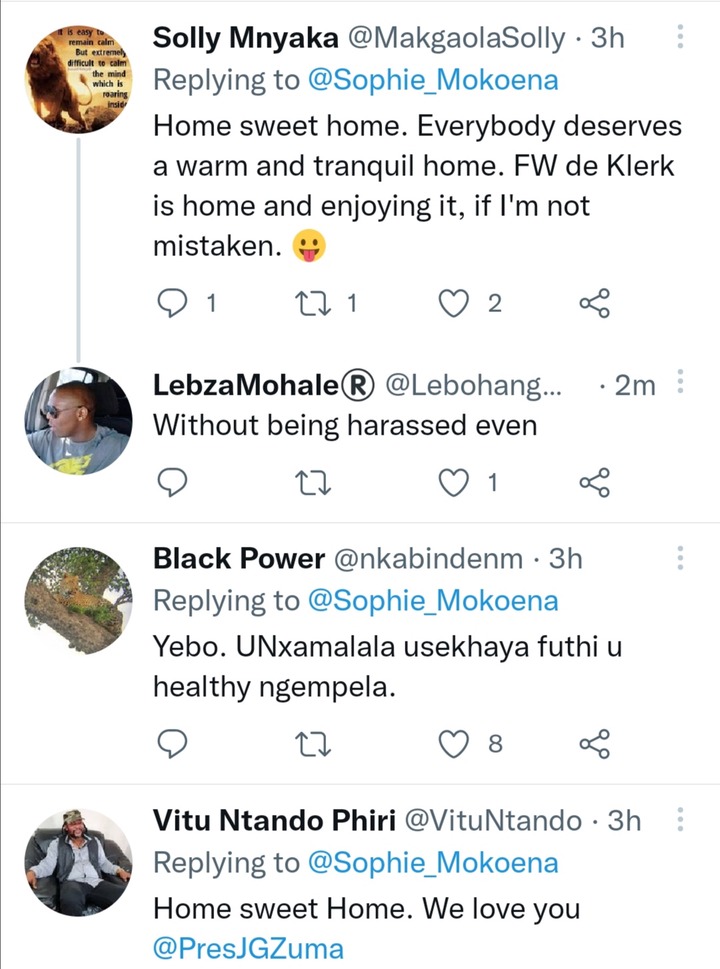 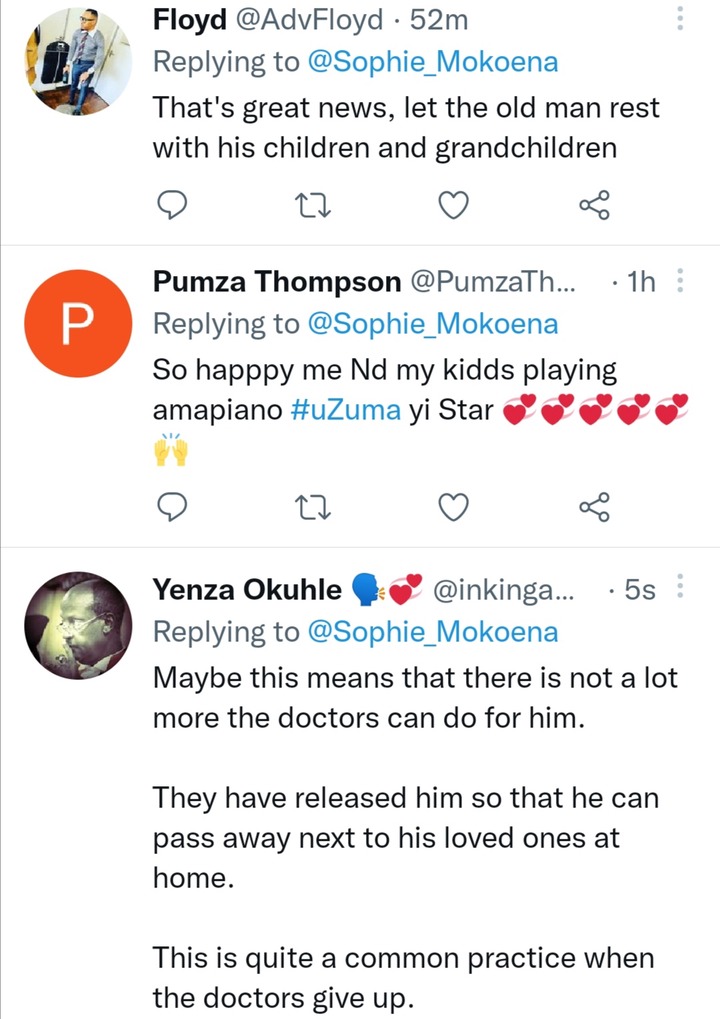 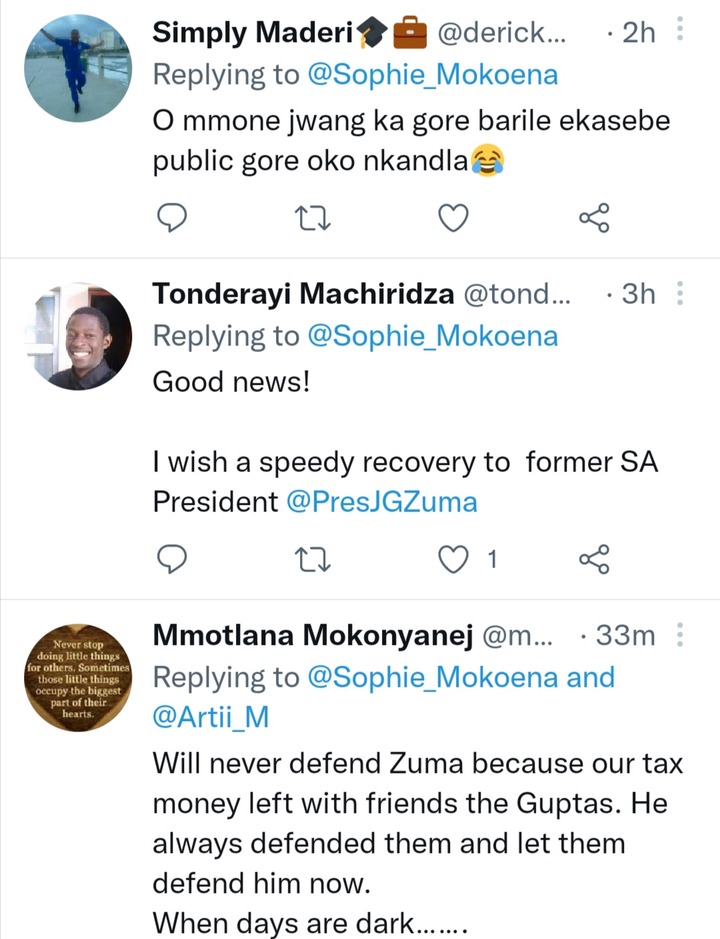