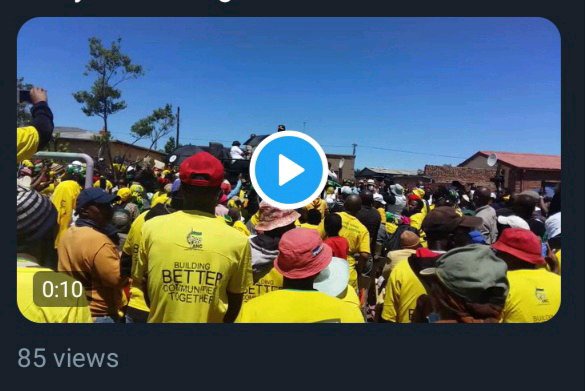 President Cyril Ramaphosa is at this point acquainted with threatening invites in networks that he is crusading in front of neighborhood government races. It appears tumult is following him wherever he goes from Kwa-Zulu Natal to Tshwane to Free State region.

Cyril Ramaphosa is in Ace Magashule's home ground, Free State battling in front of neighborhood government decisions and inhabitants of Mangaung showed him the center finger contending that they don't need him there on the grounds that he had disregarded their complaints when they needed him to intercede as the party president. 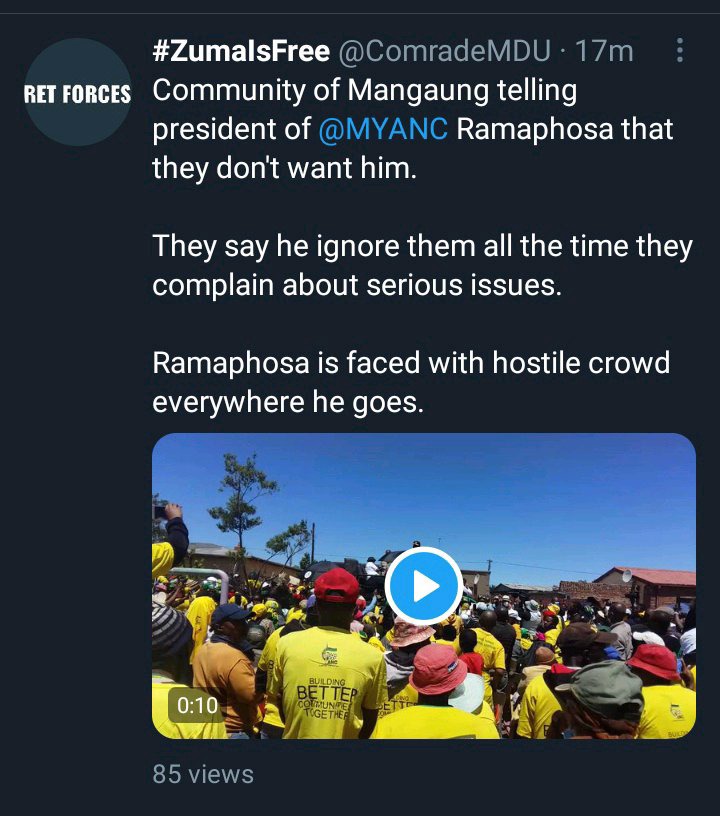 Mangaung is one of the pained districts in the region and administration conveyance fights have become ceaseless.

A few friends clad in ANC shirts could be heard yelling at Ramaphosa while he was in front of an audience that they don't need him in the area.

Ramaphosa's visit to the Free State has been supposed to be vital as it comes a day prior suspended secretary general, Ace Magashule's court appearance at the Bloemfontein High Court on defilement accusations. 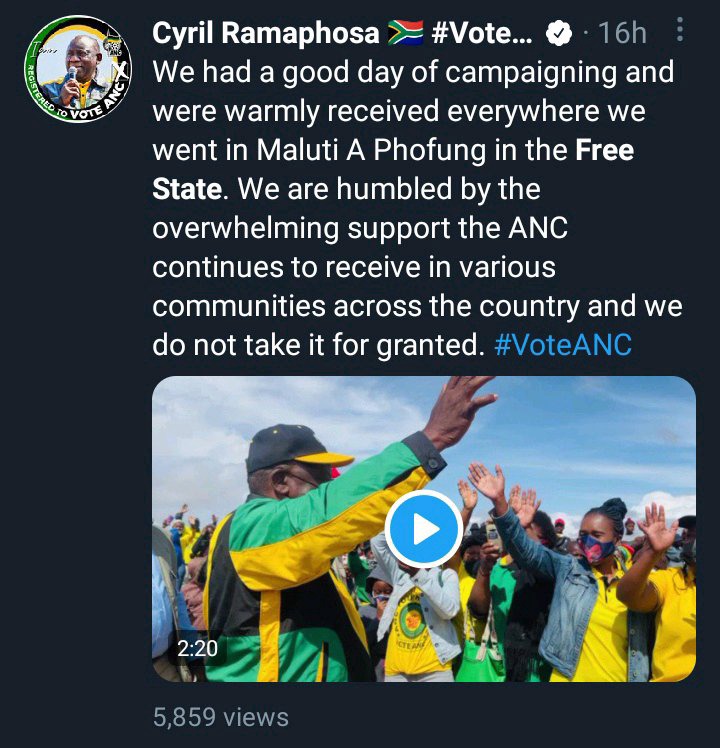 Cyril Ramaphosa's mission was supposedly intended to diffuse the energy in front of Ace Magashule's court appearance as huge numbers of Radical Economic Transformation powers are now starting to advance toward the area to help Magashule.

"We had a decent day of battling and were heartily gotten wherever we went in Maluti A Phofung in the Free State. We are lowered by the staggering help the ANC keeps on getting in different networks the nation over and we don't underestimate it," said Ramaphosa.

Pundits anyway think that Ramaphosa isn't being straightforward when he says he is in effect heartily invited in different networks the nation over as proof on the ground shows that he got antagonistic greeting in the greater part of the networks he had gone up until now.

Eventually he even lost his cool training the people who were making disarray at his meetings "get lost".