By Phakzo (self media writer) | 1 year ago 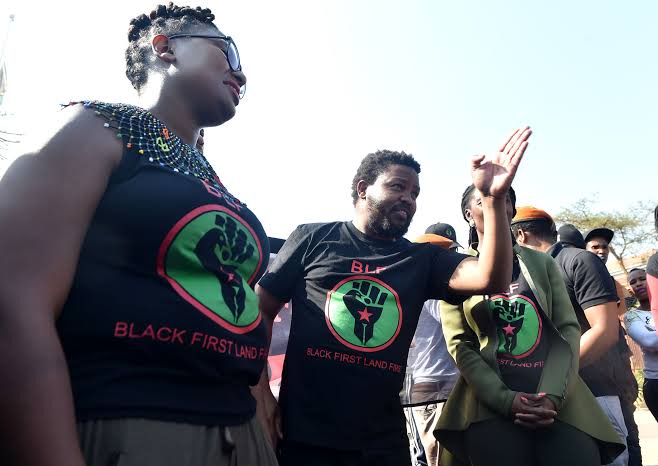 There was no shortage of drama on land activist Andile Mngxitama's Facebook today. Mngxitama posted a status supporting the black suspect who allegedly killed a farmer. Below is the post from his Facebook Account that started it all. 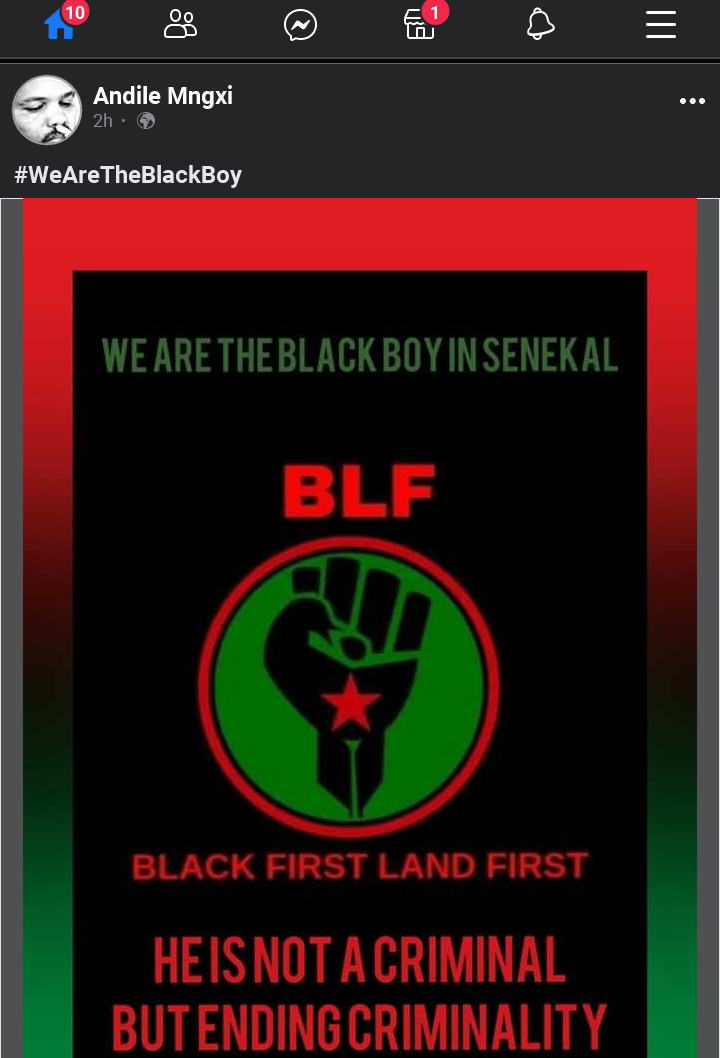 Comments from his supporters started flooding in. But one comment, from a white person, caught Mgxitama's attention.

This person not only disagreed with Mgxitama, but he urged black conscious leaders to follow the scripture. His Facebook name is "Joubert". He also accused Mngxitama of "spreading" hatred. See his comment is below:

The BLF leader, who is notorious for his anti-white statements, responded to this particular Facebook user. In a short but stinging response, Mngxitama told this person where to get off. Here's Mgxitama's response below. 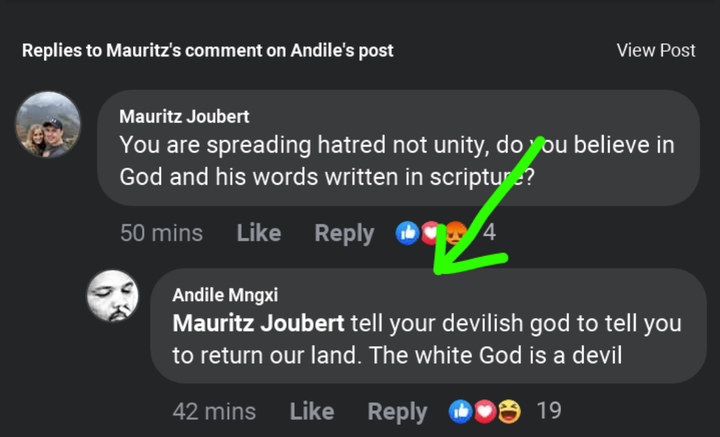 But this Facebooker didn't give up despite the negative comments against him, he continued his message of God. As he continued, his comments started to become more religious. 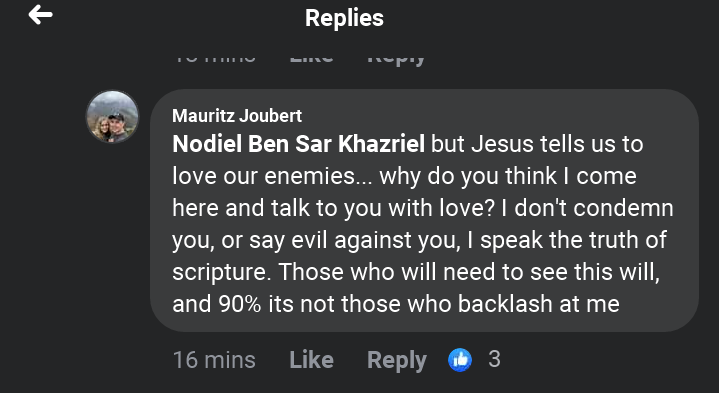 Mgxitama decided to ignore his posts, but his black followers continued where he left off. Most of the followers reminded this Facebooker of the land his "white ancestors" had stolen from blacks. 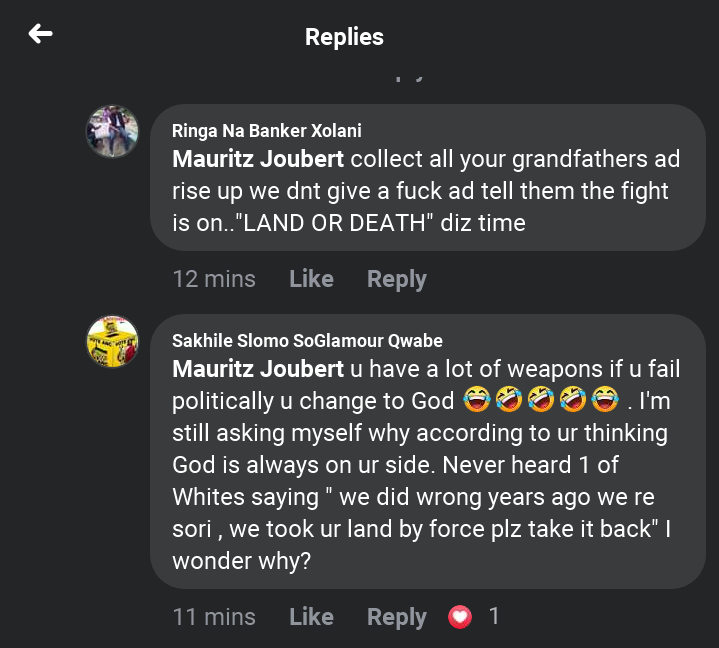 But that did not discourage this Facebooker. He told them that he was not afraid to die for what he believed in. And for him that was the scripture. 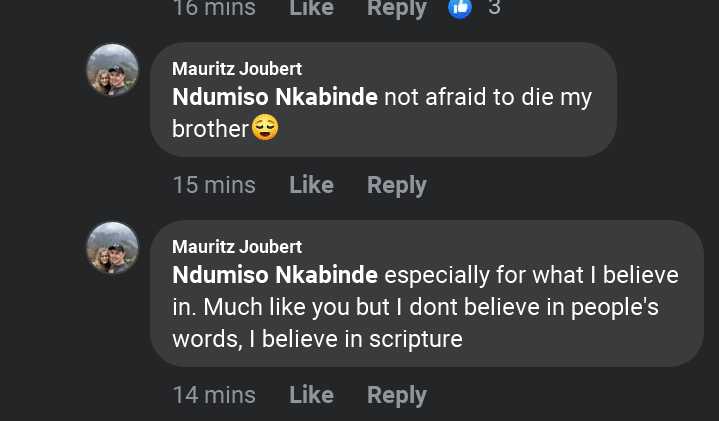 Mgxitama has previously mentioned that he cannot tolerate such comments from white people. He also likes to remind people of the number of people he has blocked. He himself has also been blocked several times from Twitter for his expressing his views. 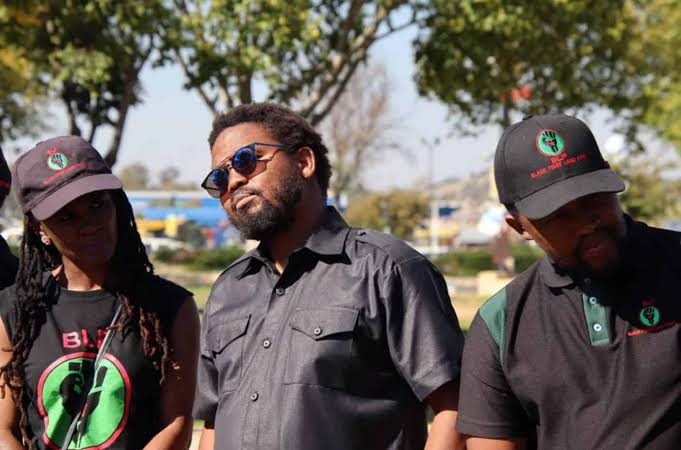