After Campaigning For ANC, See What President Ramaphosa Tweeted That Got People Talking 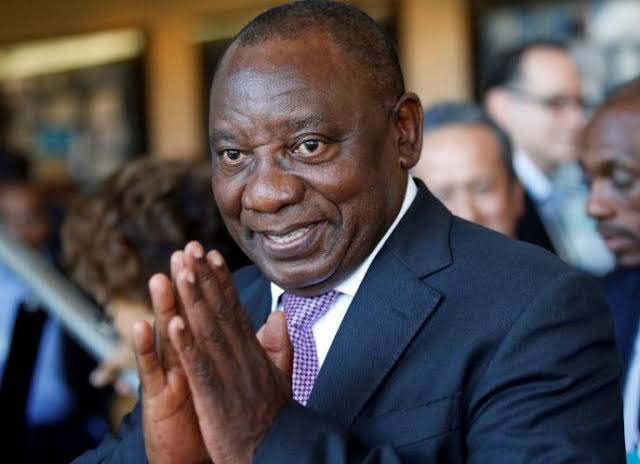 President Ramaphosa has again tweeted after his campaign today In Mdantsane. Taking to his Twitter page, the president said that he is pleased by the progress that is made to improve the lives of people in the region.

“We’re very pleased with the progress being made to improve the lives of the people here. It is good to visit a region where most residents are satisfied with the performance of their local government. This metro will remain in the hands of the ANC with even an increased majority,” says president Ramaphosa 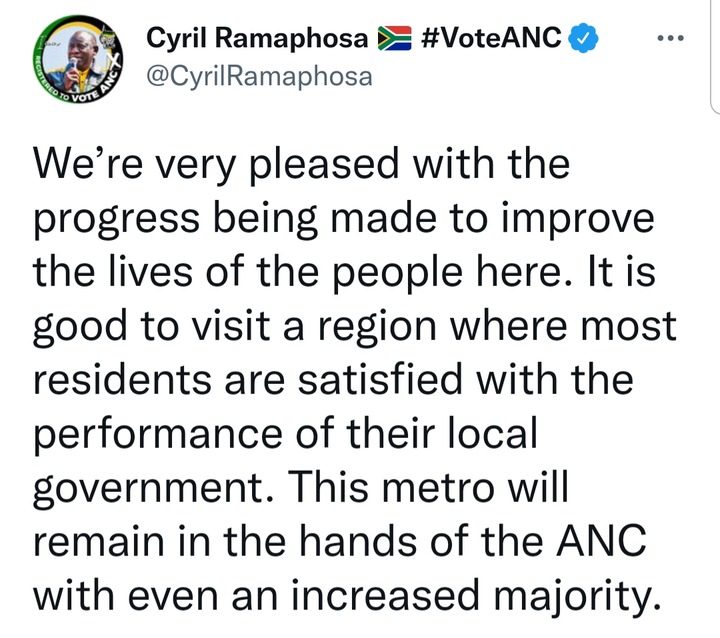 After reading this post from the president, many people took to the comment section to air their opinion.

A Twitter user who replied to him said that the president said that people were satisfied, but at the same time people are complaining about the lack of jobs and other things.

See screenshots of reactions from people below 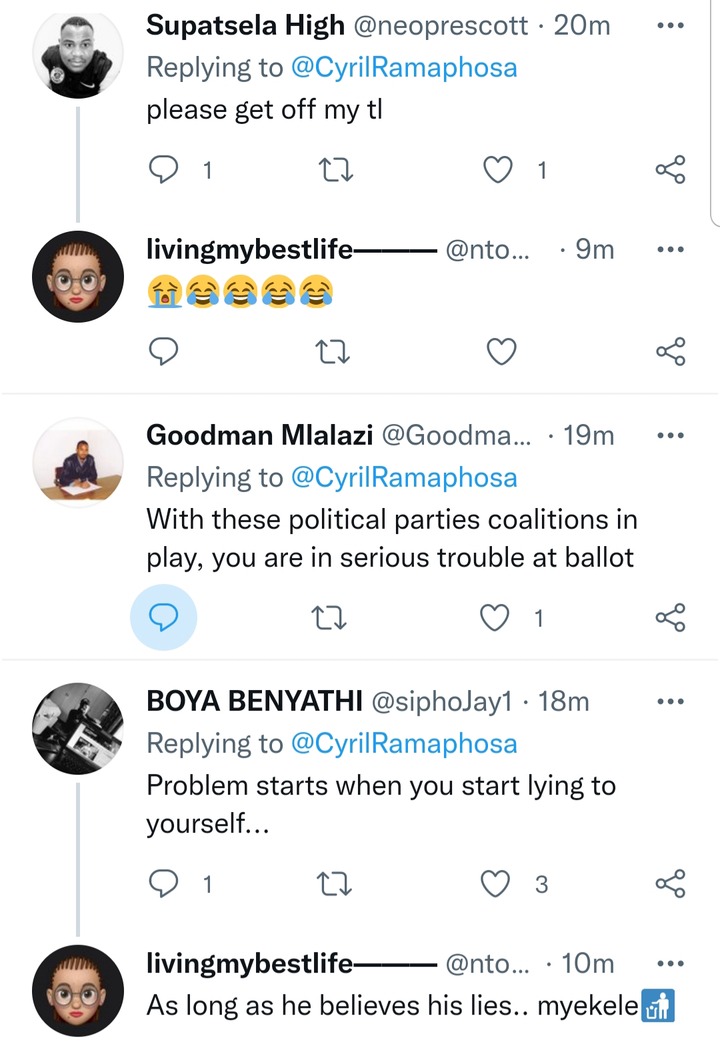 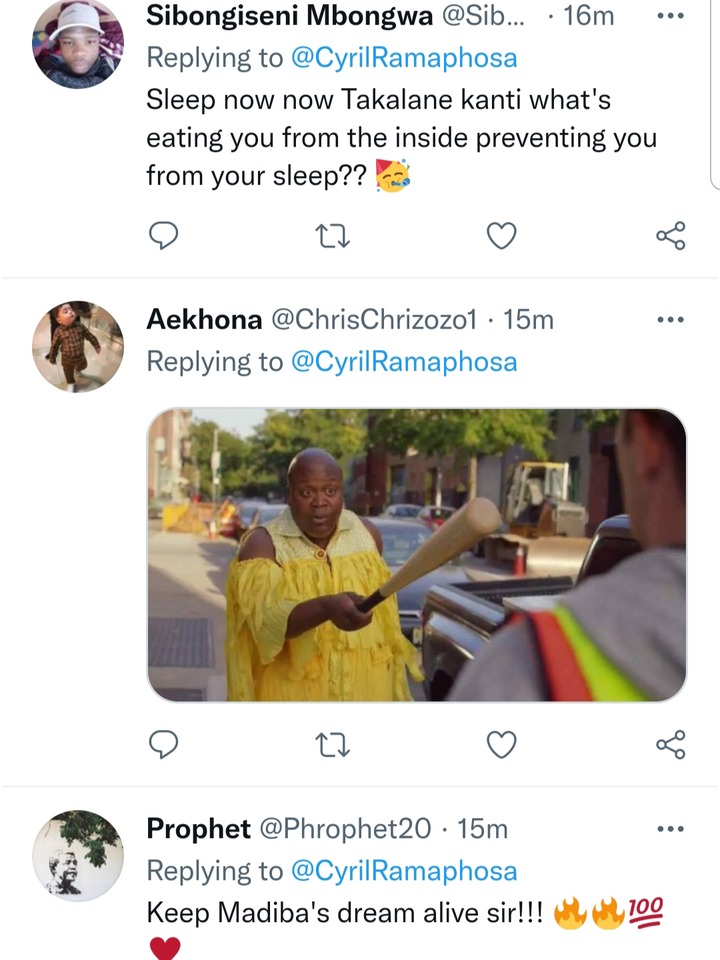 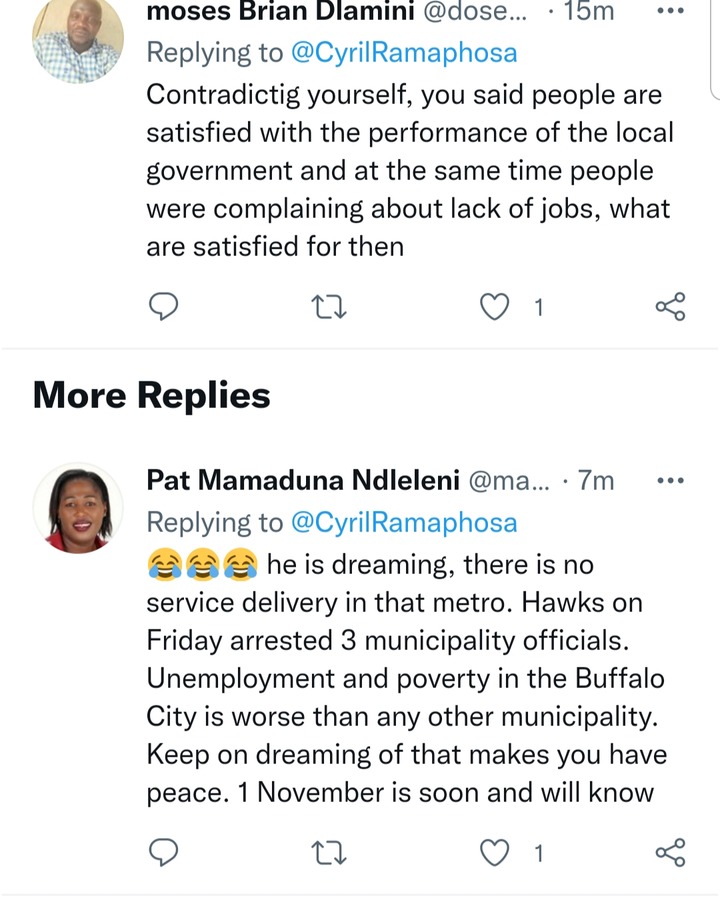 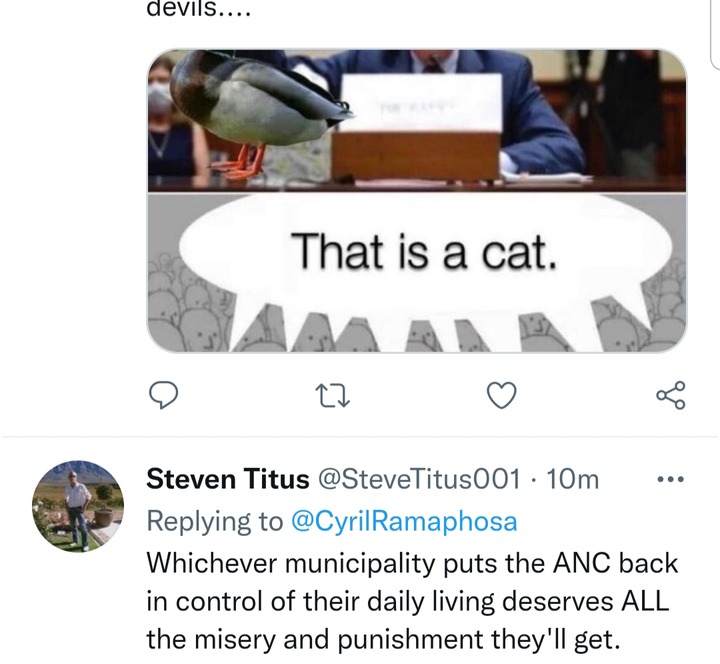 President Ramaphosa is not giving up on his party as he tries his best to ensure that the ANC wins the major local government elections in South Africa. Today he went to campaign in the eastern cape region, and he will be moving forward to other places to campaign for his party members.