A white South African Twitter user and an avid critic of the government said that he always pray that Zondo be suspended from the bar. He wrote on his Twitter handle today, “Every time I see Zondo trending I hope to see headlines: “Zondo removed from the Bar” or “Zondo abrupt Retirement” but I have learned to be patient with these things". It was this Dave Gaybba that also said that Raymond Zondo must not emerge as the chief justice because he is not the popular choice of the people. He also noted that Raymond Zondo's handling of the state capture inquiry commission is enough to disqualify him, saying that he keeps asking for elongation of the inquiry commission. He further claimed that if DCJ Zondo is appointed as the chief justice, the justice system will continue to drag on slowly as the Zondo state capture inquiry commission is dragging on gradually. 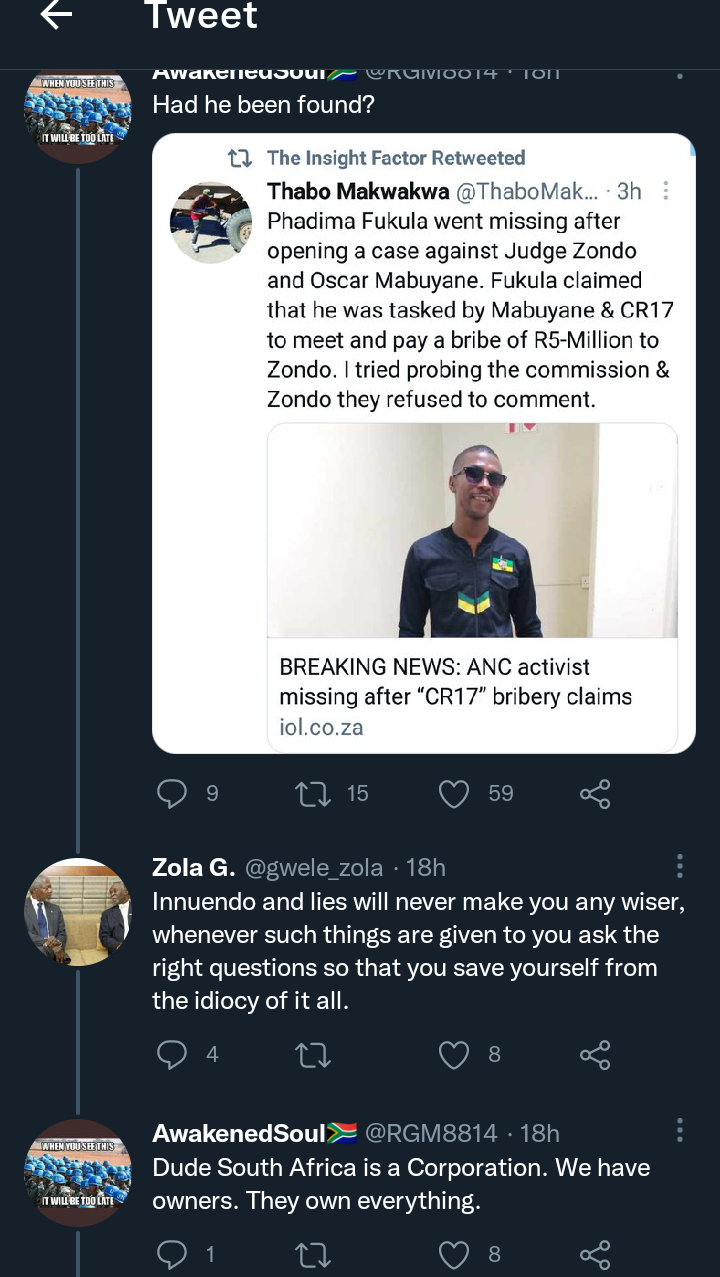 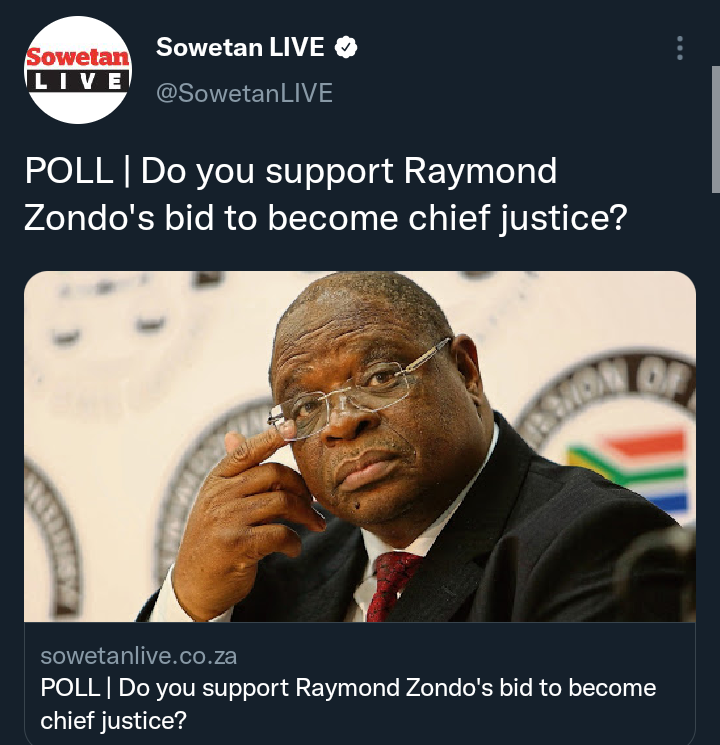 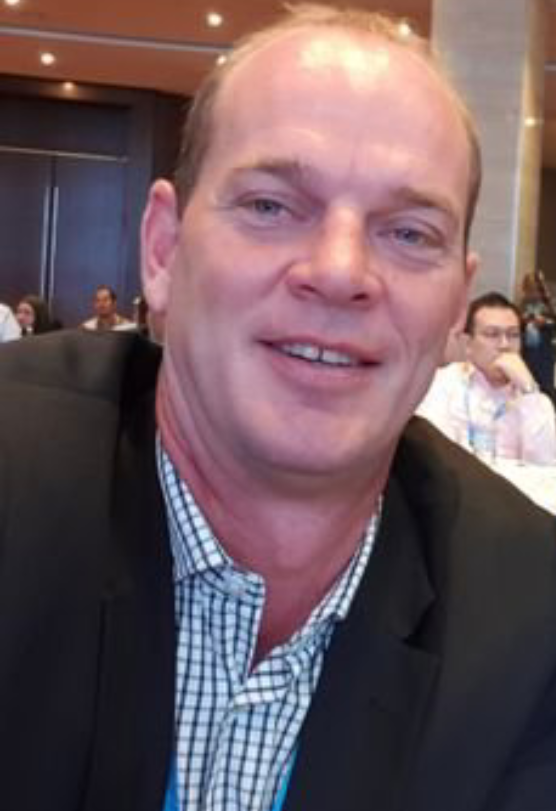 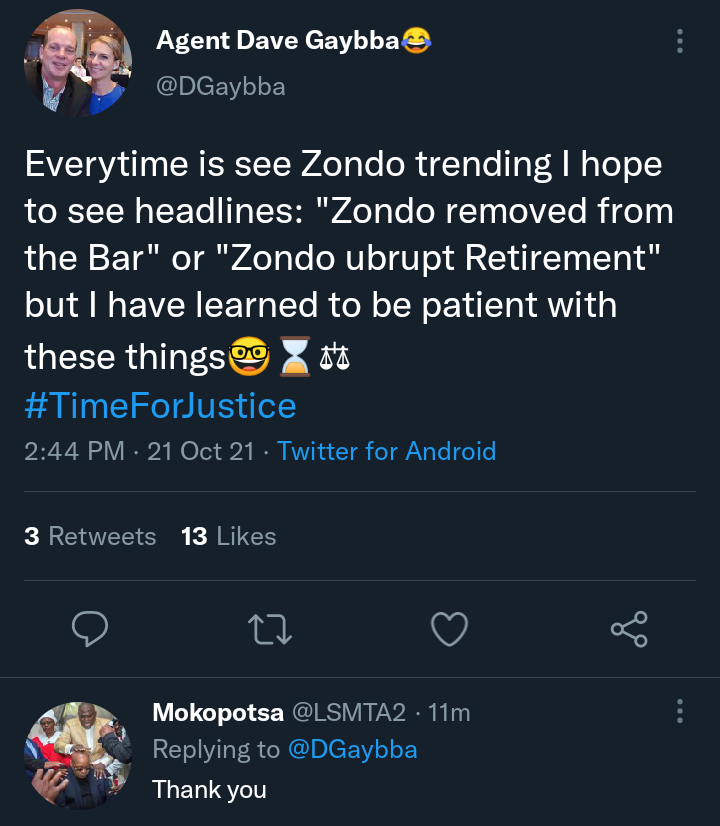 It should be recalled that about three days ago, Arthur Fraser also hinted that Zondo cannot be the chief justice of the republic of South Africa. Sadly, supporters and followers of ex-president, Jacob Zuma are also saying the same thing. This is surely a tight spot for Zondo who is said to have gathered a lot of legal experience in his several years as a legal luminary. Regarding this, another South African youth wrote, “The man failed dismally to be impartial in the state capture commission. He treated witnesses differently. There were those who were guilty in his eyes and those who were assisting, but the commission was still looking for answers. A big no for me, he is too conflicted”. There was a public opinion poll organized by SowetanLive asking the public if they would like DCJ Zondo to emerge as the next Chief Justice of South Africa. As expected, this generated mixed reactions, while some support his emerging as the chief justice, others kick vehemently against it. 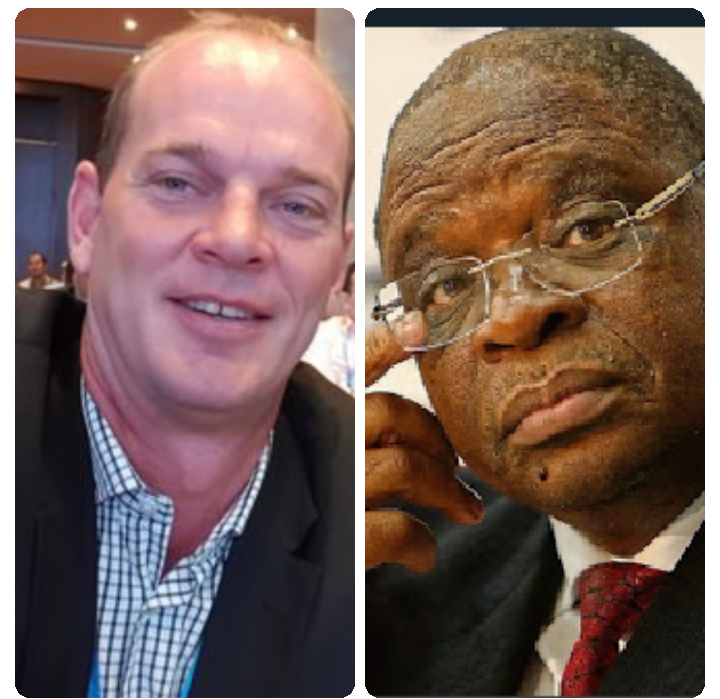 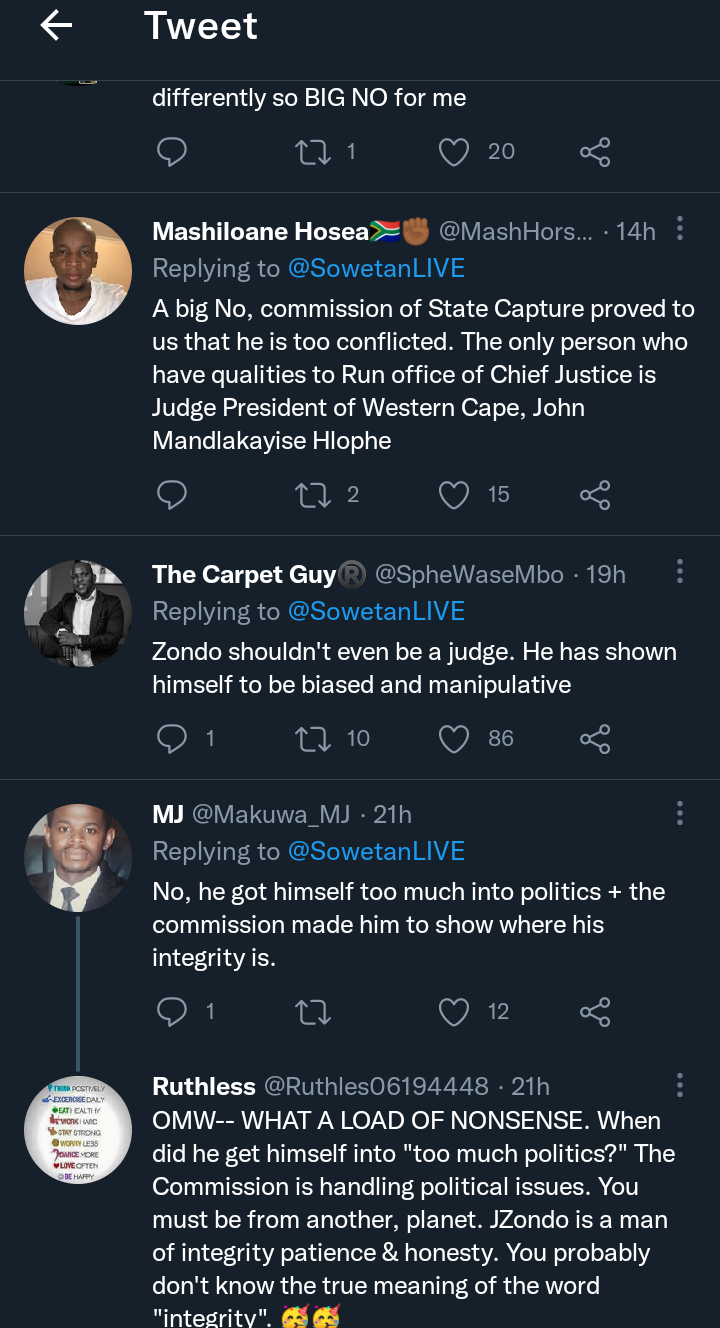 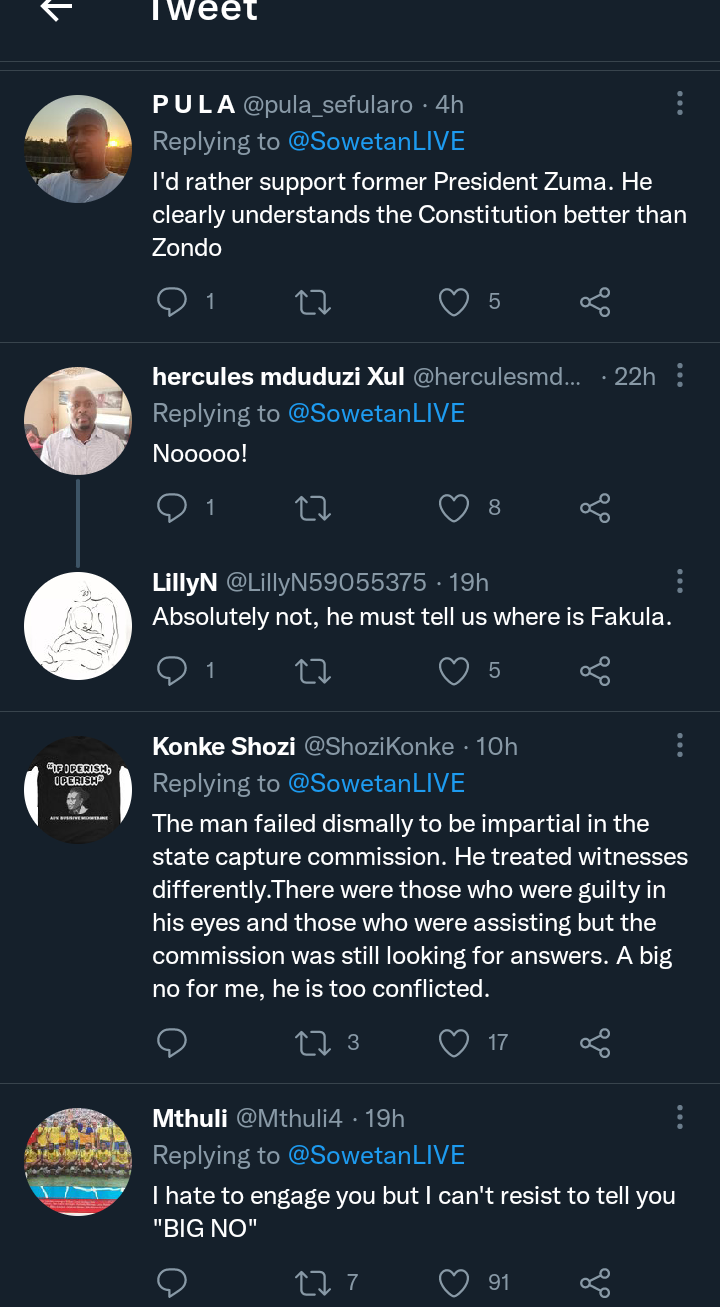 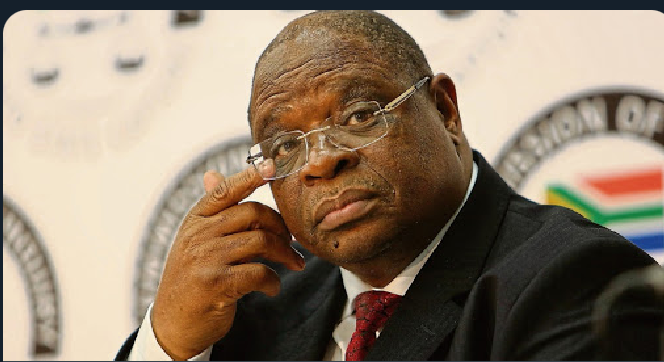 Those who are supporting the DCJ said that he is the deputy and, no doubt, he already gathered a lot of experiences that will help the judicial system of South Africa. A Twitter user who is in support of Zondo categorically stated why he thinks Zondo is the best option, “Zondo is the right man to lead our judiciary. He fully grasps the law, no doubt about that. Someone tried to play games with him, and he didn't hesitate to show that person that we are equal before law”. Those who want him are fewer than those who do not want him. Whatever anyone wants, it doesn't matter because at the end of the day, only president Cyril Ramaphosa will appoint who he deems fit for the position.

OPINION| Mkhwebane is not strong for the position to investigate Ramaphosa

The Court gave Cardi B a reason to smile, see what happened