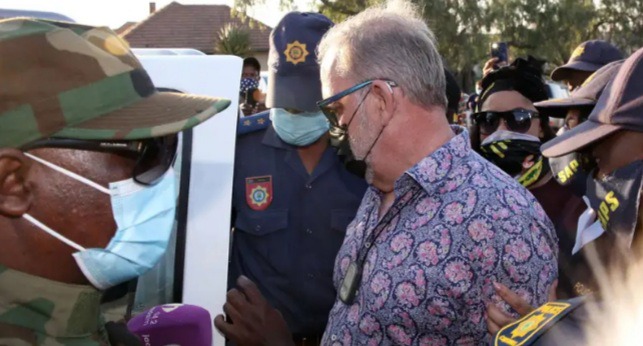 Niehaus was arrested by heavily armed police officers stationed outside the Estcourt Correctional Centre, while he was doing a live TV interview on his #FreeJacobZuma campaign.

Niehaus was taken to a police station in Estcourt, where he was charged under the Disaster Management Act, for allegedly convening a gathering of approximately 100 people outside the Estcourt Correctional Centre.

However, Niehaus has argued that his arrest was purely political.

Niehaus was warned against addressing a group of people gathered outside the prison, where Zuma was held, as it was against the Covid-19 regulations at the time but he he proceeded with his address.

During his previous court appearance, two video clips were played in court as evidence. However, Niehaus maintains his arrest was a result of an ANC factional battle.