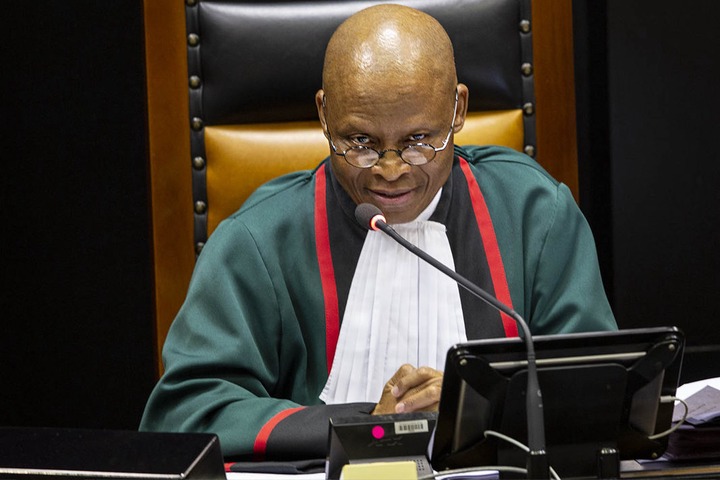 As the term of chief justice Mogoeng Mogoeng in office is coming to an end, he has placed his cards on the table and revealed his ambition to run for presidency in 2024.

Mogoeng although he has been described as a controversial character who holds the most powerful position in the judiciary, he has however over the years maintained his religious belief without fear of being reprimanded.

He recently revealed that the God he serves has finally made it clear that he should run for presidency and be able to fulfill his mandate.

"You know you must ask God to make it clear to you. You know I told you about seven or so people who said the lord has called them to lead this nation.

So to get it clear so that it doesn't look as if somebody is trying to steal from someone, let there be clarity. All I can say is I'm ready to do whatever the lord wants me to do," he said.

One of the congregants at Chief Justice Mogoeng Mogoeng's church said he was happy about his willingness to finally answer to God's instruction to run for presidency and he also revealed that the work has already started on the ground.

"I want to say that the boldness that I had seen over the years is because I have been watching you. So above all that, I'm so grateful that the answer that I have been waiting for, it finally came through.

President Cyril Ramaphosa's ally, Derek Hanekom however makes a mockery of chief justice Mogoeng Mogoeng's utterances that he heard clearly from God that he should run for presidency.

"May God (if she exists) please spare us from that ordeal," he said. 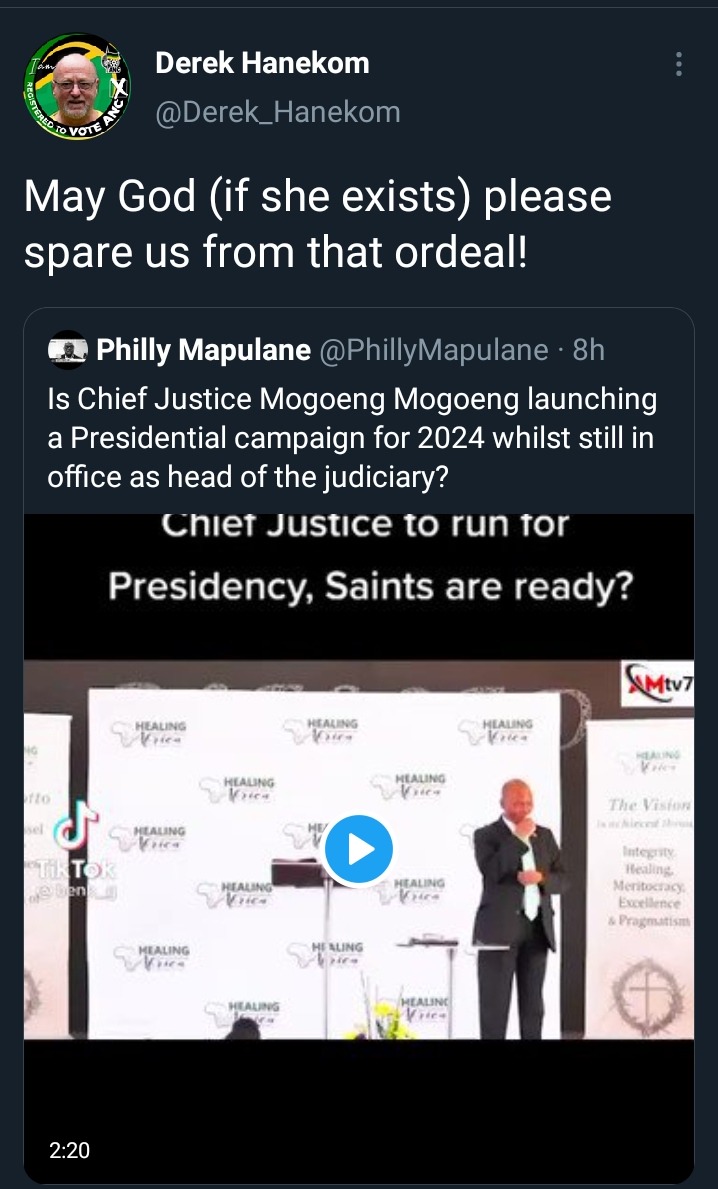 Reactions as South Africans posted this video, Zimbabwean thugs roasting one of their own with fire