Today, while African continent is celebrating the African day, the Economic Freedom Fighters is doing what they call demanding justice, locally and internationally.

I'm saying locally and internationally because, some Economic Freedom Fighters members are in Gauteng province, at the French embassy, demanding them to totally decolonize Africa and on ther other side, they are in Eastern Cape province, demanding justice for Namhla.

"We’ve always said that this government of the African National Congress) is reluctant to deal with the issue of Gender Based Violence (GBV) because they have not introduced radical changes when it comes to matters of GBV.

The Economic Freedom Fighters (EFF) alongside other political organizations, and community structures are marching in Mthatha, Eastern Cape province, to demand arrest of perpetrators in the murder of Namhla. 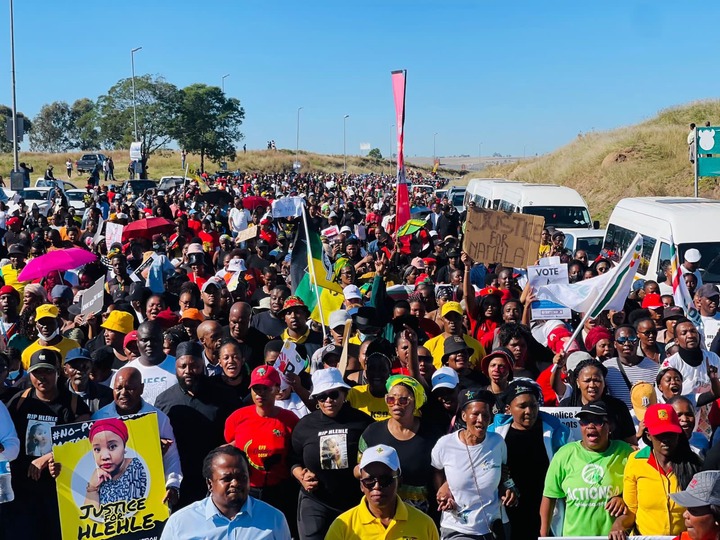 Namhla was brutally murdered and people are suspecting that it is her boyfriend who was abusing her for years and now videos of him abusing her have emerged the internet.