By News.T (self media writer) | 3 months ago The country of South Africa is moving to choosing a leader that will handle their presidency. And countless South Africans are beginning to list out those they need and those they don't need. Unfortunately, His excellency President Cyril Ramaphosa was listed out as one of those South Africans don't need. Withstanding the fact that he is the president of South Africa, South Africans has made up their on taking out Cyril Ramaphosa from his presidential position, making it their main focus. Following a post on Twitter, a man said that “Removing CR from office should be the central focus of our lives.” This tweet came up after a man created a tweet stating that South Africans can't have Cyril Ramaphosa ruling them for another five years. It quotes, “FACT: CR Will Get A Second Term… We Will Hand It To Him On A Silver Platter IF We Don’t Consolidate. This Thing Of Being Hungry For Positions And Having Five Candidates For President From The Same “Faction” Is Nonsensical And UnANC. We Really Can’t Have Another Five Years Of CR.” 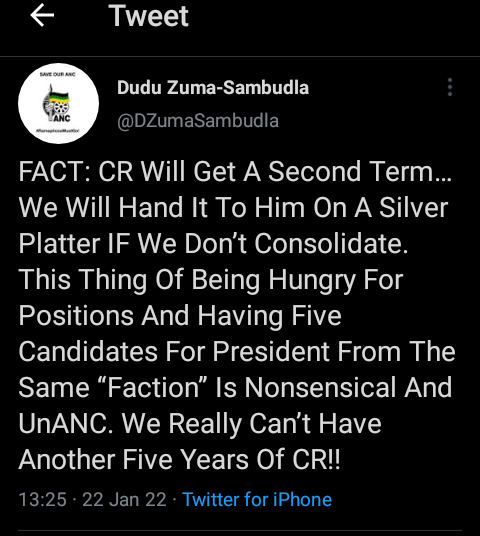 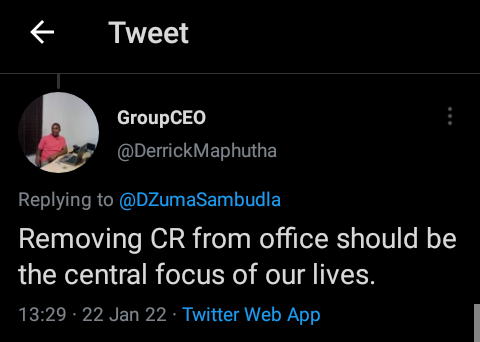 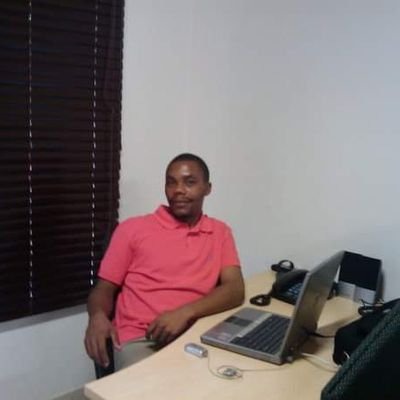 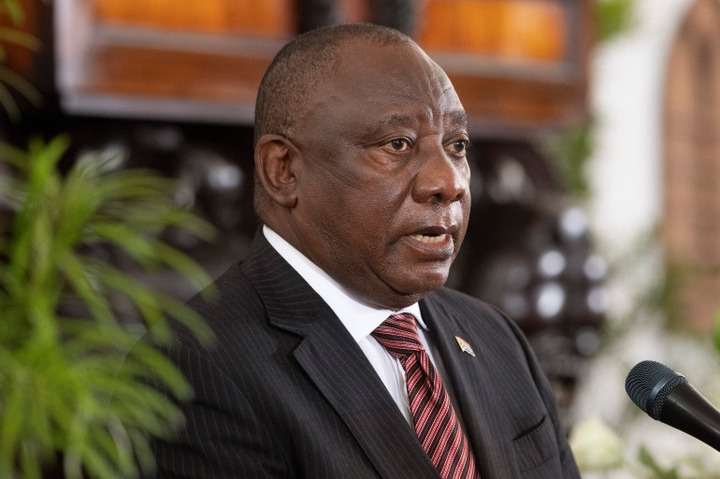 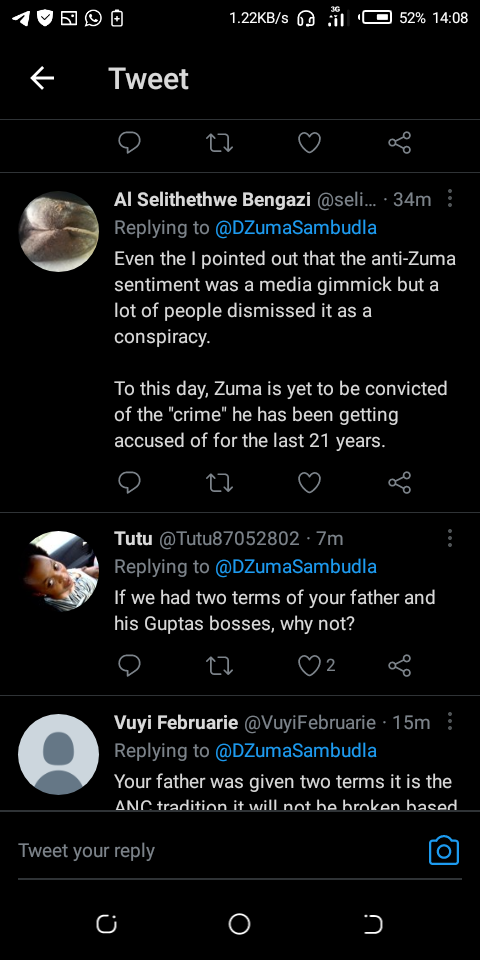 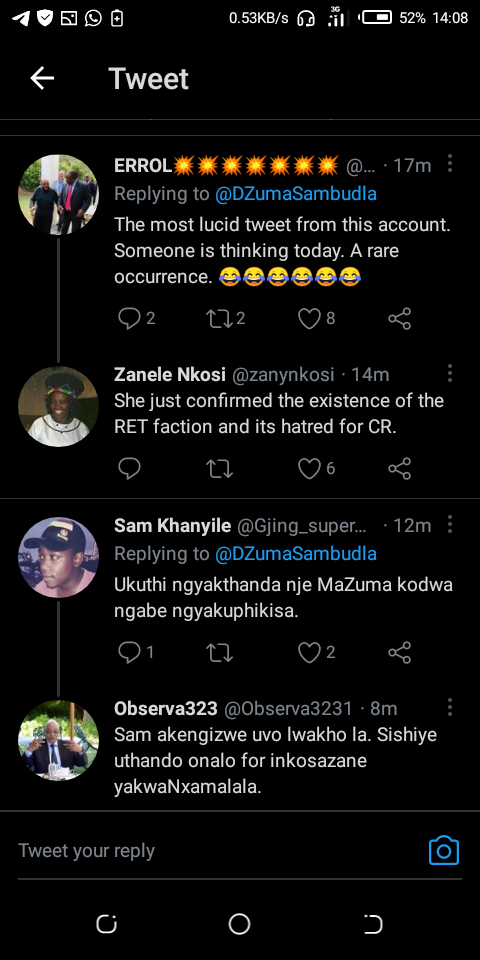 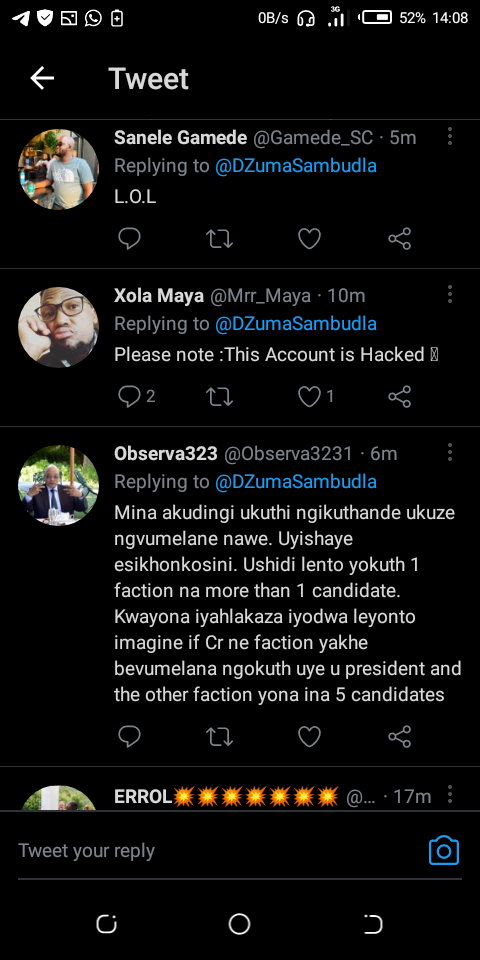 Cyril Ramaphosa has been made the outline on whom South Africans no longer require in their presidential system due to their thoughts about him. Even his followers/supporters aren't supporting him anymore. Other South Africans has also settled their belief, claiming that not only Cyril Ramaphosa need to be removed but the ANC generally. “Cyril lives rent-free enqgondweni yoo Zuma. It's beautiful to see. As long as the ANC is out of power, it's a win for South Africa. Keep sowing the divisions, please.” In a case like this, South Africans are left with Herman Mashaba, Julius Malema and co. 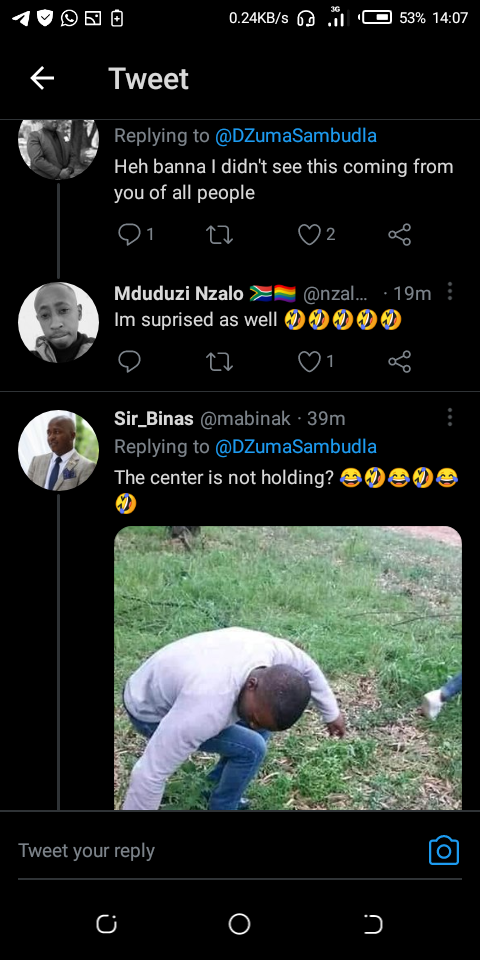 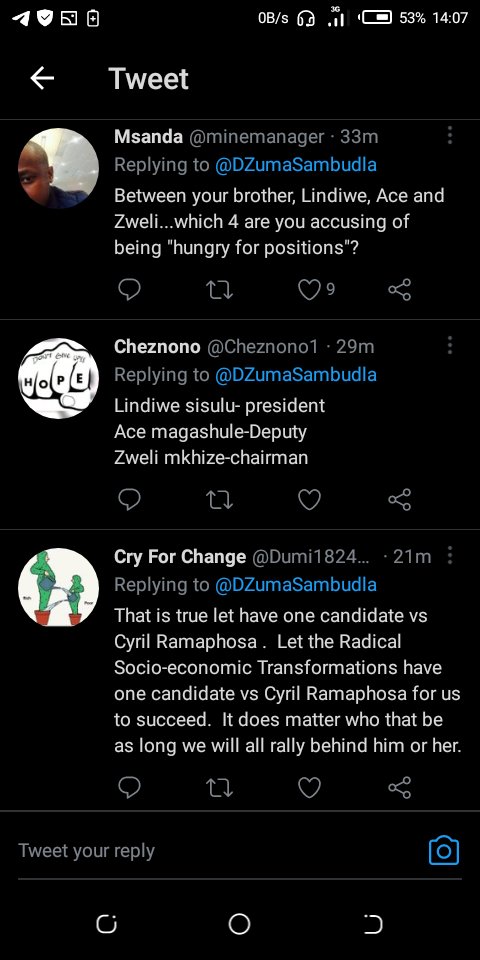 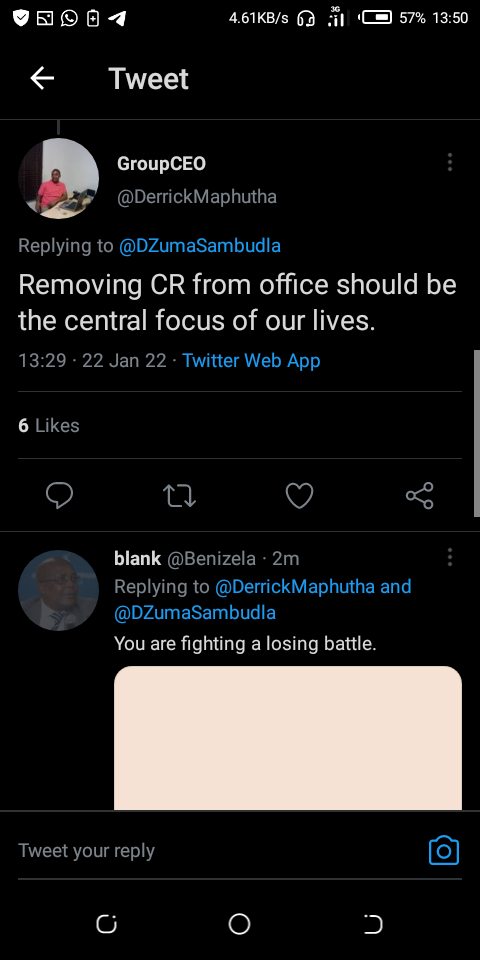 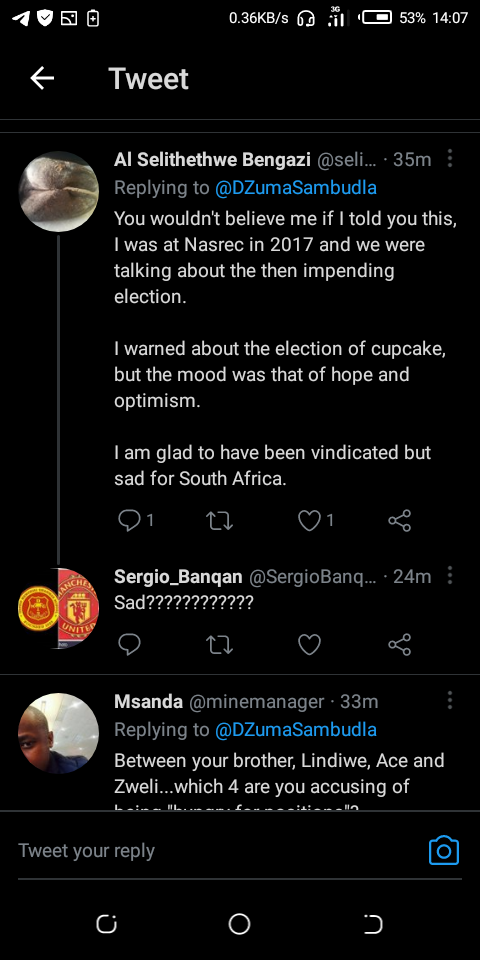 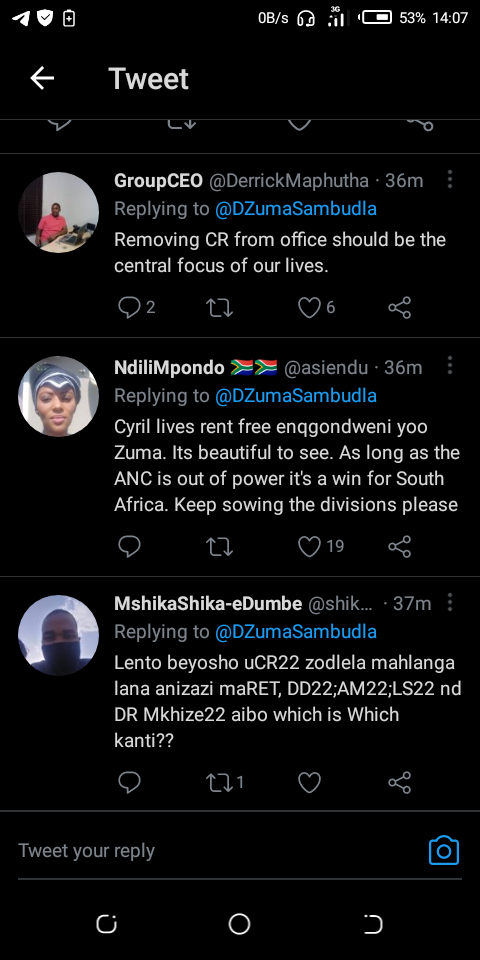 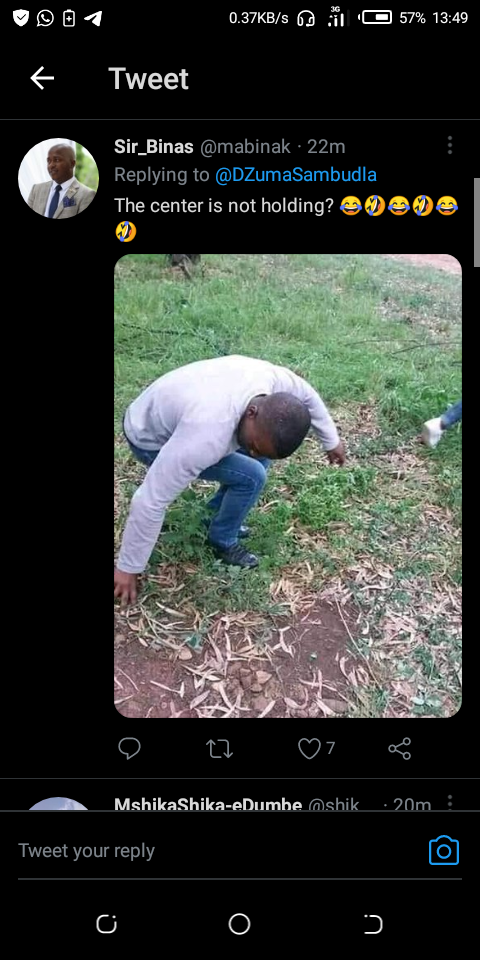 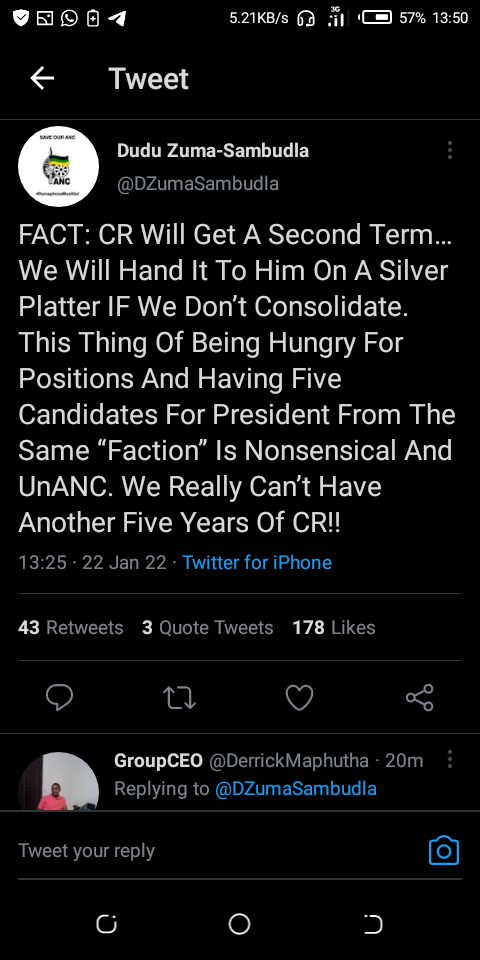 Content created and supplied by: News.T (via Opera News )