By Connecting.Mzansi (self media writer) | 2 months ago 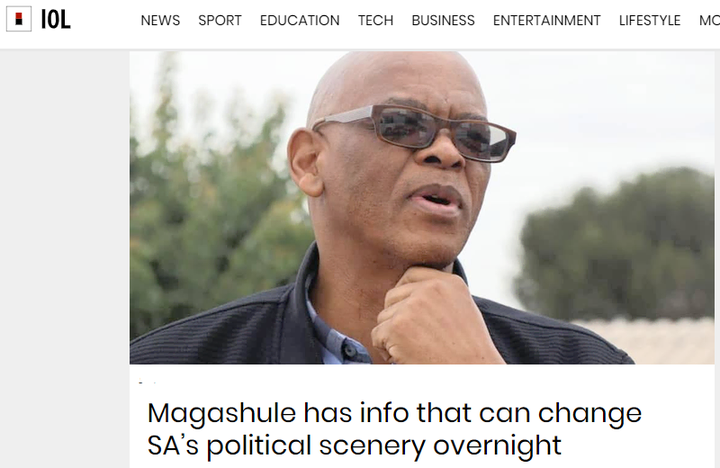 City Press daily reported on Sunday that there are demands for the ANC to "fire" former President Jacob Zuma and current Secretary-General Ace Magashule, as reported by the publication.

According to the findings of the research, a group in KwaZulu-Natal, reportedly affiliated with President Cyril Ramaphosa, demanded that they quit on the basis of ill discipline.

Their rationale is based on a much-discussed decision by the National Economic Council, which said that all individuals with a vested interest in corruption should step away while investigations and legal processes continue.

Although the report recognized that the organization's rank and file did not accept the moribund decision, it did not go into detail about why.

The names of KZN chairman Mike Mabuyakhulu and MP Bongani Bongo were mentioned as examples of non-compliance with this decision, according to the judgment.

Mabuyakhulu was formerly thought to be a member of the CR group in the province of KwaZulu-Natal.

Although he was reinstated by the provincial executive committee, this decision throws a wrench into the workings of the organization.

It demolishes the debate about figures such as ex-mayor Zandile Gumede and others who have been the subject of an internal tug-of-war since the 2017 election meeting.

The City Press piece, on the other hand, does not take into account current developments inside the ANC that do not really fit the traditional factionalism of Jacob Zuma vs. Christian Right. The traditional style of study fails to recognize that it is more about involvement in politics than anything else and that these aspirations do not remain static throughout time.

Nonetheless, the ANC's decision-maker will not dismiss Zuma and Magashule; rather, the melting point will be reached when bank accounts containing the names of individuals who received payments at the last elective conference are discovered.

It is said that influential individuals, judges, and others have been paying large sums of money given by "faceless" Good Samaritans in exchange for their assistance.

It is the allegation that donors are now enjoying large returns on their "investments" as the much-discussed reforms and transformation of the state's makeup begin to take place that is at the heart of this whole disaster. Because of this, there is now a fear that individuals who advocate for this in the rules governing public procurement will face increasing public hostility in the future.

The tipping point is very close at hand.

Former MK veterans and Transport Minister Fikile Mbalula have been embroiled in a public spat that has only now begun to surface. Mbalula's outburst on Twitter hinted that he could be trapped at a time when others were aware of what was happening in the transportation industry. It is possible that explosive information about the beneficiaries of irregularities may appear on the front pages of the media very soon. Again, it is possible that the people and companies that benefit from the 2017 "hidden" financial results are the same as those who benefit from the 2016 financial performance.

It is possible that individuals like Zuma and Magashule will be among the lucky few who have authority over these financial disclosures.

What many more people are unaware of is that these documents have the ability to create a persistent predicament for the three branches of government and beyond. Those who believed that Bell Pottinger's moment was critical in determining the extent of state control should reconsider their position.

The party that has been accused of having their backs against the Zondo Commission's wall may really have the upper hand in this battle.

They have the capacity to predict who will be transformed into a dreaded demon in an instant. Their safety net consists of the vaulted savings accounts that they've had from the beginning of time.

This indicates that no one will have the courage to arrest Magashule, much alone remove him from his post, as a result of the events of the last few days. He has information that has the potential to change the political structure of the nation in an instant. 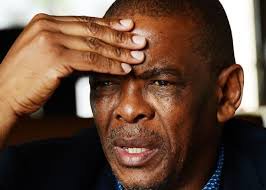 Despite the focus on millions of rands stolen in the Estina and asbestos scams in the Free State, Magashule has a dossier that may unearth billions of rands in fraud and corruption.

The president of South Africa, Moeletsi Mbeki, has designated Zuma as the country's "godfather." Zuma is on the lookout for an appropriate opportunity to humiliate people since this is something he feels he is more than deserving of doing. It's just a matter of time until he reveals his spade ace in his hand.

As a result, he's tried a variety of tactics to get him to back down, but he's come to understand that he's being threatened from every direction.

The narrative of Zuma-Magashule, on the other hand, is a story inside a larger story.

As a result of the media's preoccupation with Zuma (and Magashule, for that matter), journalists are blind to the emergence of political movements that are likely to unite to form the ANC at the national level and in provinces such as Gauteng, the Free State, Mpumalanga, Limpopo, KwaZulu Natal, and the Eastern Cape. Gauteng is now embroiled in a series of battles that will keep the province in the news for the foreseeable future.

However, this remark does not rule out the inevitable showdowns that are anticipated to occur in the country's most populous and powerful regions, such as Ekurhuleni, Tshwane, eThekwini, AmaThole, Johannesburg, Nelson Mandela Bay, and other cities. The struggle for the survival of the ANC is analogous to a game of ping-pong. The suspensions of Zuma and Magashule, as well as their shooting, would have no effect on this fight.

They fail to acknowledge that every hurricane is followed by a storm and that the godfather of South African politics may have the ultimate say in the outcome of a political crisis.