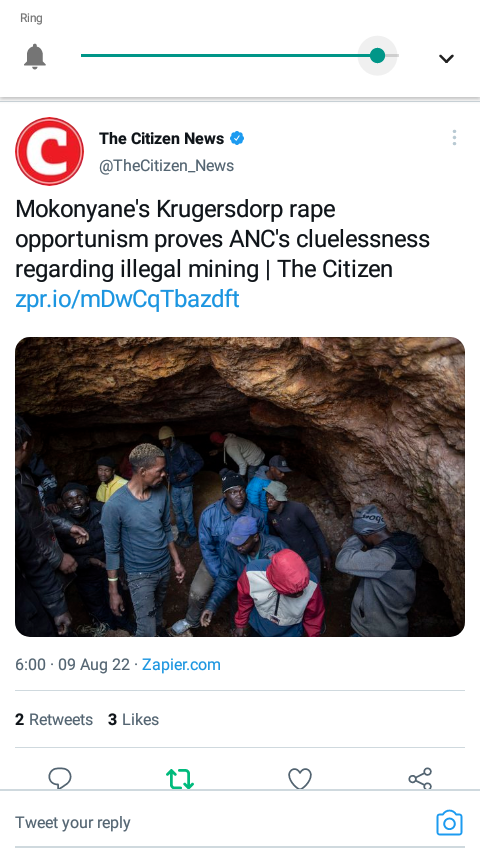 Residents of Kagiso attempt to catch illegal miners in a makeshift mine shaft on August 4, 2022, following a protest against illegal mining and increased mining-related crime.

The government has no plan to handle crumbling mining towns or the communities suffering as a result of mining companies' inability to be held accountable.

As a response to the horrible rape of eight women by illegal miners in Krugersdorp, Nomvula Mokonyane urged all South Africans to support Expropriation Without Compensation (EWC).

Communities are taking control of their own destinies. Over the past three days, residents of Mogale City have resided in various neighborhoods.

Violence erupted in Kagiso when residents raided mine shafts in search of illegal mine workers, whom they accused of criminal activity. One person was killed.

The incident on Thursday occurred after a brochure distributed on Monday invited people of Mogale City, the municipality that includes Kagiso, to join in a shutdown on August 4.

It stated, "As a community, we are the only ones who can put an end to this illicit mining and eradicate the crimes that occur there."

A week ago, a film team was robbed of its equipment and eight of the ladies were gang-raped in Krugersdorp, angering the locals. The police apprehended more than eighty individuals who were accused of illegal entry into the nation.

On Thursday, a crowd of more than one hundred Kagiso villagers blocked a main road leading to the township, preventing cars from entering an area where alleged illegal miners were being held and beaten by people.

Approximately thirteen purported illegal miners lay on the ground with their hands bound behind their backs in one street. They had been stripped naked and severely beaten, and they were encircled by locals wielding machetes, pagan symbols, and sticks.

One citizen yelled, "We are sick of you taking from us!" as a police van approached and policemen escorted the alleged illegal miners into the rear. In the distance, a cloud of black smoke lingered over an open field where residents pursued fleeing miners.

A villager who requested anonymity stated that Kagiso residents had entered mine shafts early in the morning because they felt compelled to take matters into their own hands. 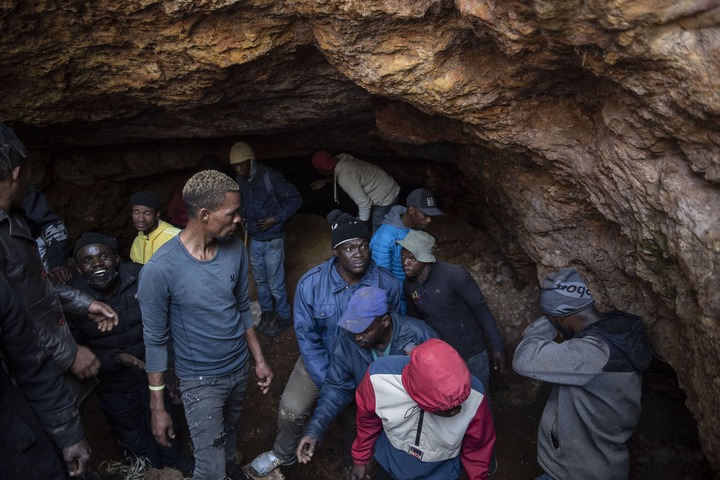