Simeon Grindrod have added his voice to the controversial CR17 bank statements, and have gone in details to reveal those who funded President Cyril Ramaphosa's campaign. Simeon continued that those who funded that campaign, first are those who do not want anything to change in the country. He noted that the funders do not want Ramaphosa to do anything positive for the country. It should be noted that a controversial list of some funders and campaign fund Beneficiaries are making waves on social media, started by Jacob Zuma's daughter, Duduzile Zuma. 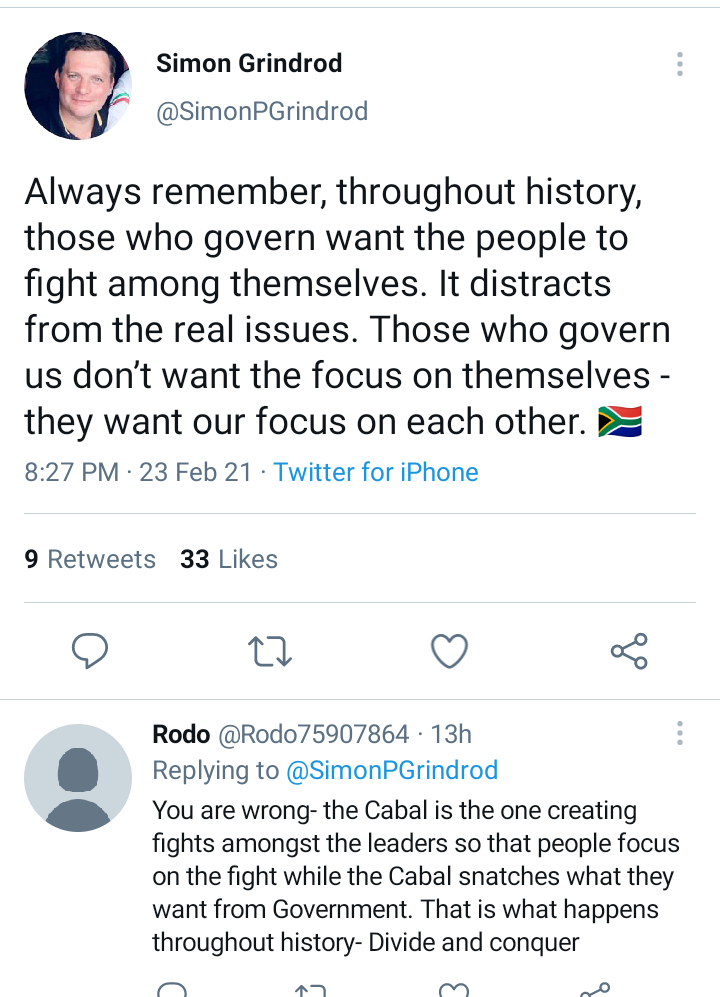 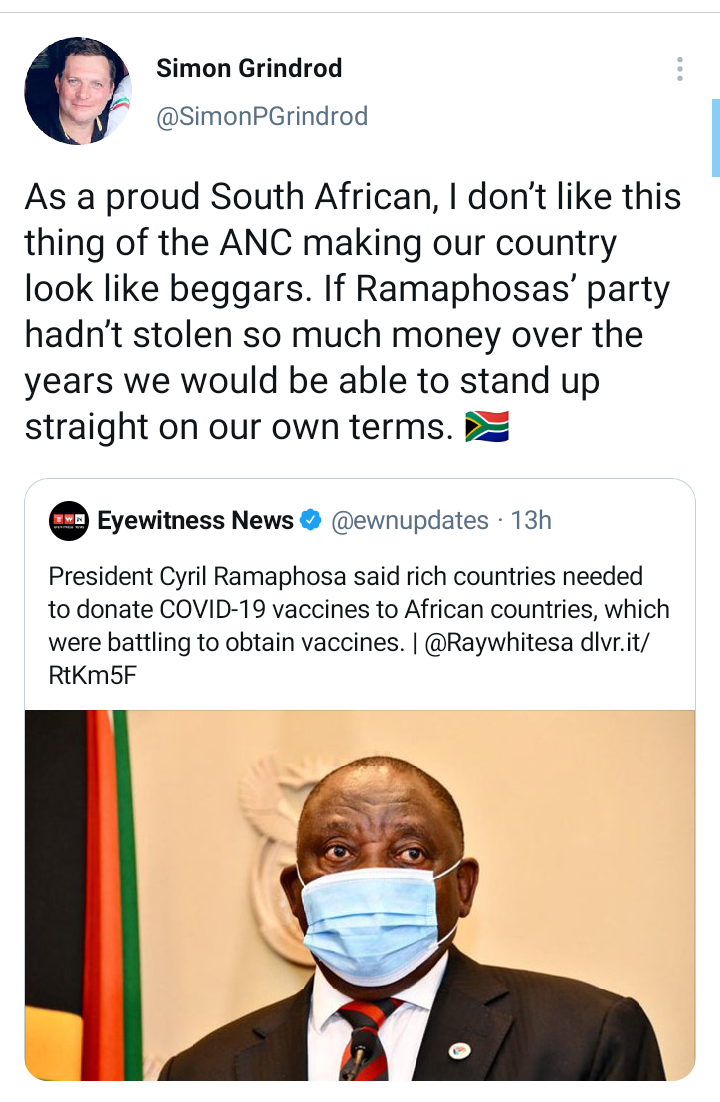 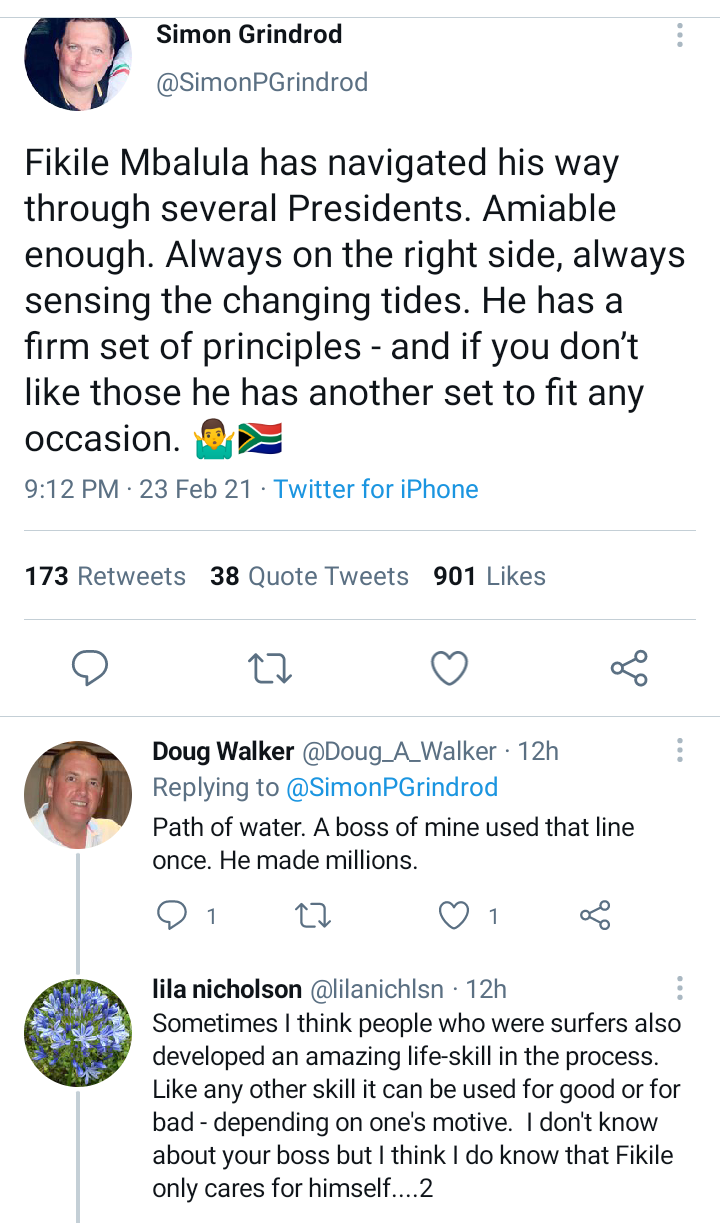 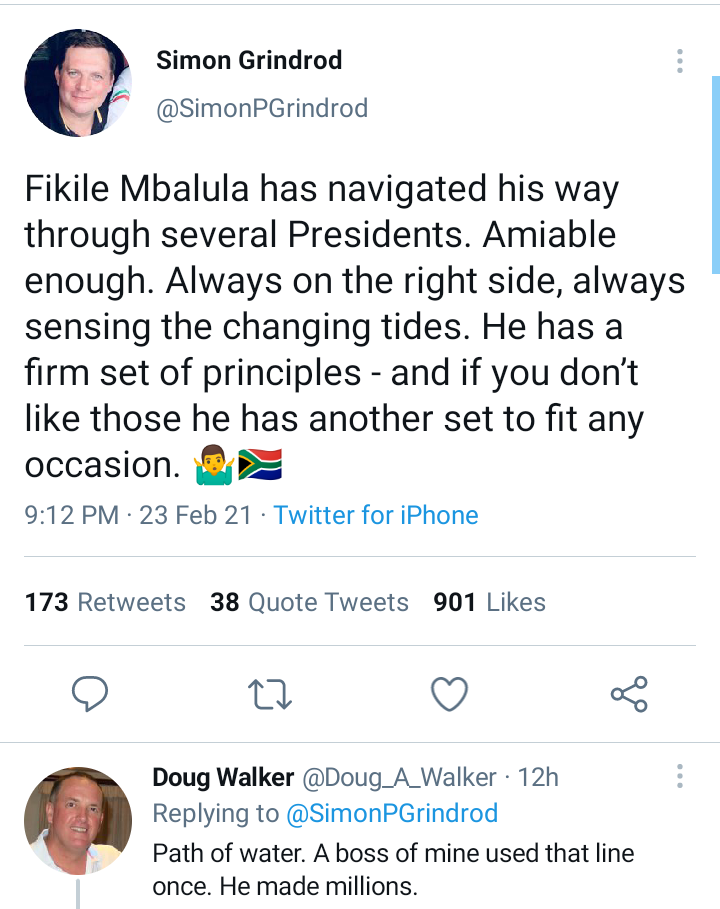 Simeon Grindrod wrote on Twitter, having surveyed the list and studied it properly, came up with this conclusion that, “Cyril Ramaphosas’ campaign was not funded by people who wanted him to bring positive change. It was funded by those who wanted him to change nothing. It was funded by those with interests in keeping the status quo — and he is delivering just that”. Many people supported Simeon Grindrod, saying that Jacob Zuma is not the only problem in ANC but president Cyril Ramaphosa as well, “Jacob was not the only problem, the same applies to Ramaphosa. The ANC is the problem... Don't talk as if it was another Cadre on top things would be different. Ramaphosa' s presidency is three years old, ANC has been in power for 27 years.” 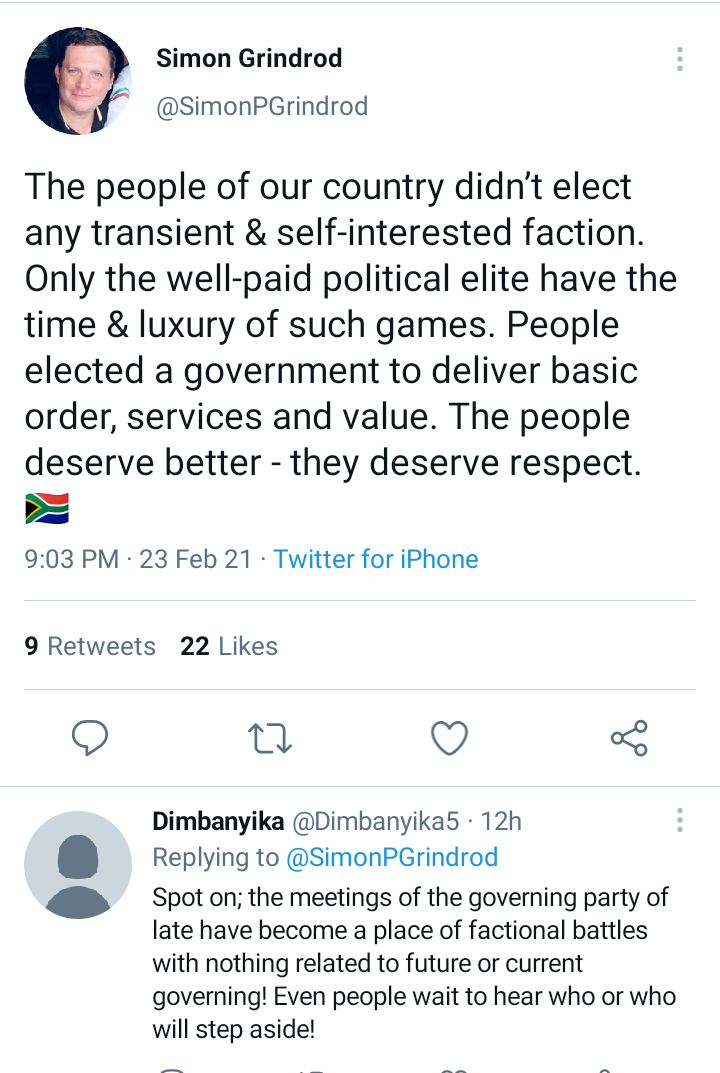 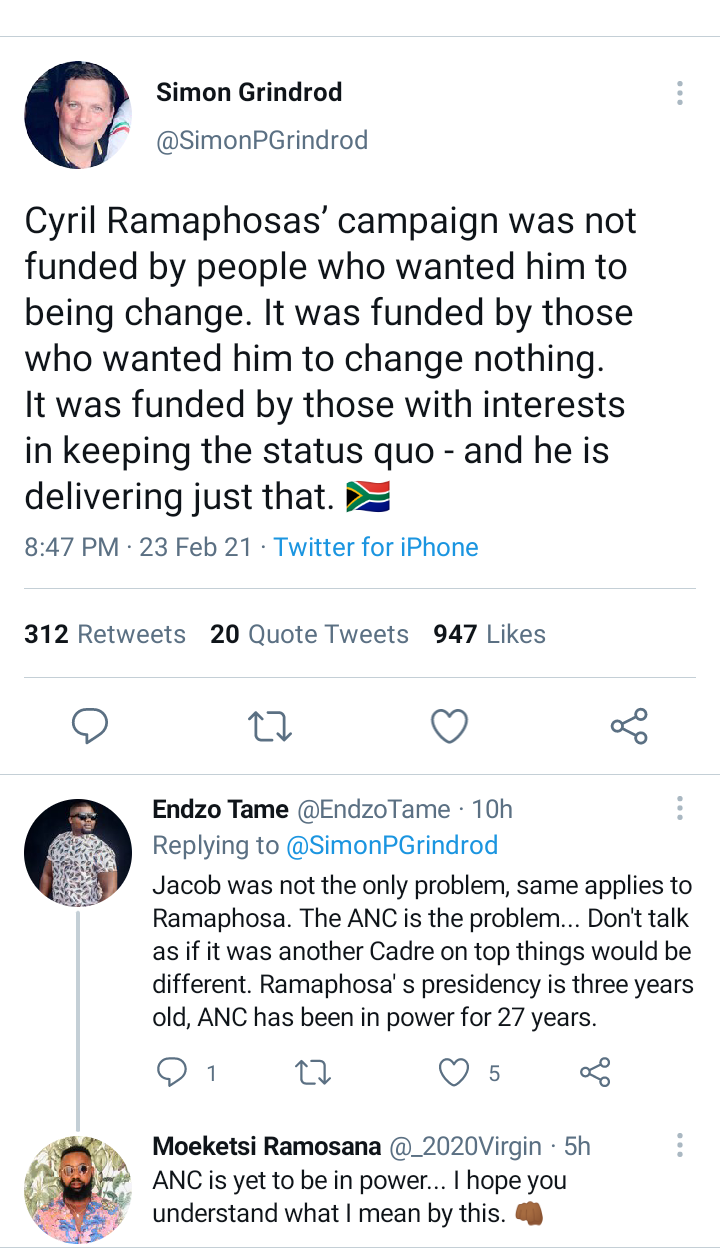 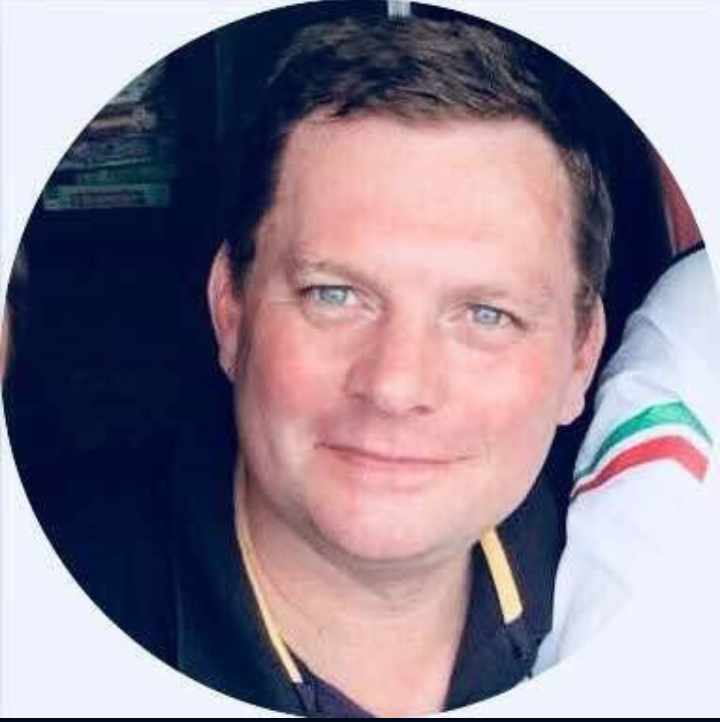 Simeon added that he too is an ANC member for those who may not be happy with his statement,” As a proud South African, I don’t like this thing of the ANC making our country look like beggars. If Ramaphosas’ party hadn’t stolen so much money over the years we would be able to stand up straight on our own terms”, he reinstated that the funders are made up of people who do not want South Africa to move to the next level. Furthermore, he asserted that these funders were just there to protect their interests and investments, not for the people of South Africa. 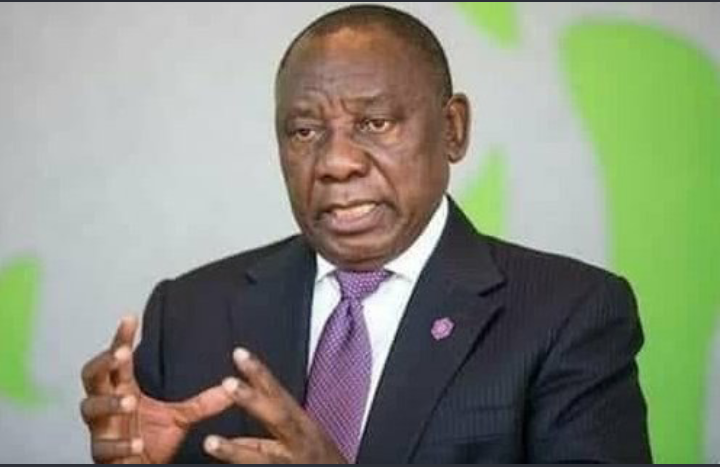 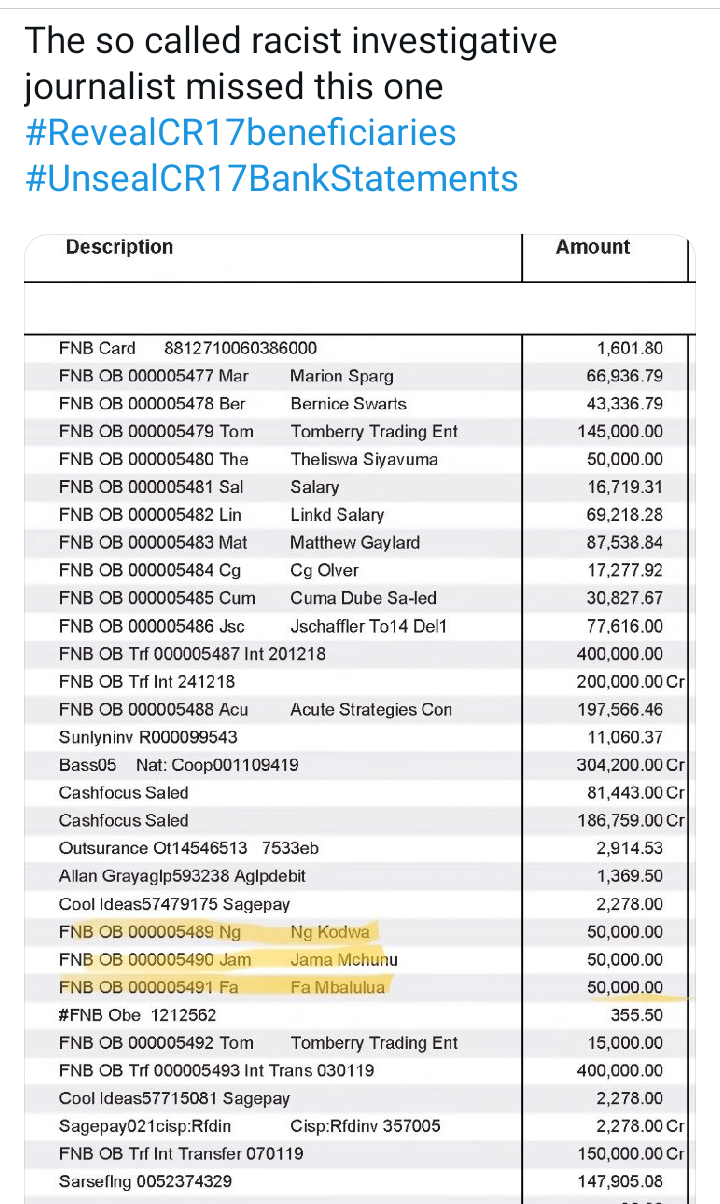 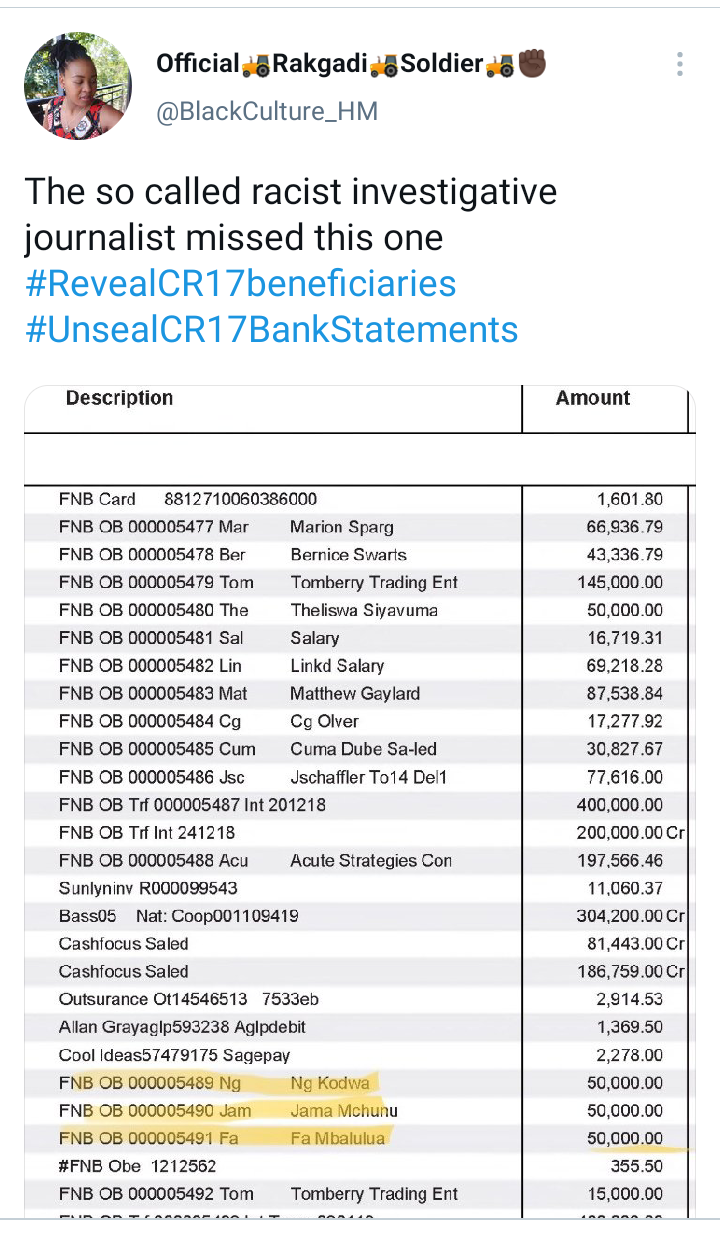 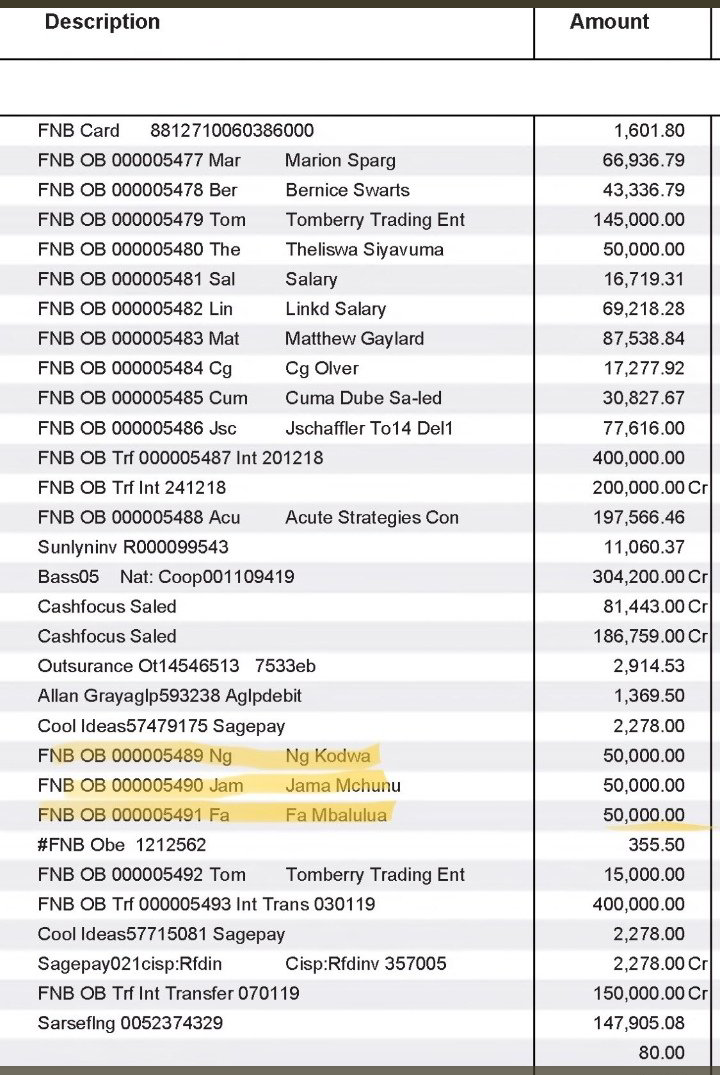 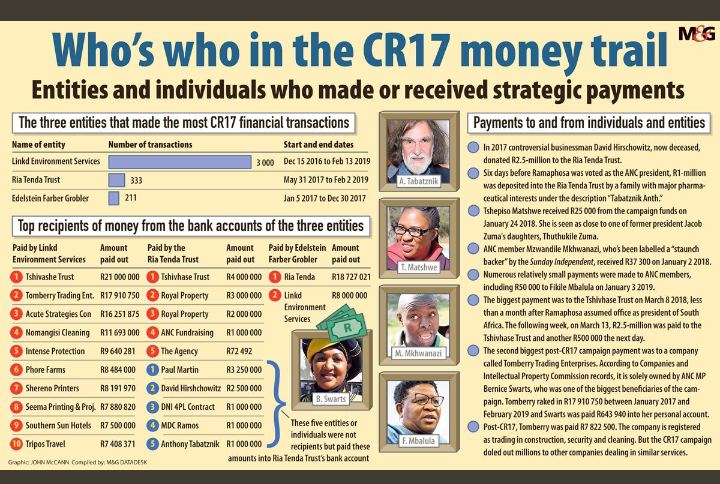 Simeon told those talking about Zuma, “The ANC, as a whole, kept Jacob Zuma in power for almost 9 years. They fought for him, campaigned for him, served in his government. The same ANC now want us to believe Zuma was some kind of rogue acting alone. Go figure”. Simeon concluded that, “Always remember, throughout history, those who govern want the people to fight among themselves. It distracts from the real issues. Those who govern us don’t want the focus on themselves — they want our focus on each other”.

VIDEO: Focalistic buys WEED with 7K from the United States of America