Mmusi Aloysias Maimane (born June 6, 1980) is a South African politician who served as the leader of the Democratic Alliance (DA) political party from May 10, 2015, to October 23, 2019, and as the Leader of the Opposition in the National Assembly of South Africa from May 29, 2014, to October 24, 2019. He is the DA's National Spokesperson and the former leader of the DA in the Johannesburg City Council. In the 2011 municipal elections, he was elected as the DA's Johannesburg mayoral candidate. Maimane contributed to the party's voter base growth in that election, but he was not elected mayor. 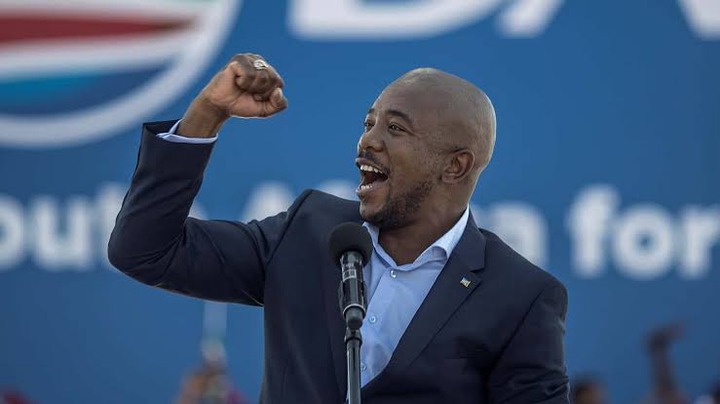 He then served on the Johannesburg City Council as the Leader of the Official Opposition until May 2014. He is also a preacher and an elder in the fundamentalist Liberty Church, in addition to his political career. In the year 2020, he founded the One South Africa Movement. 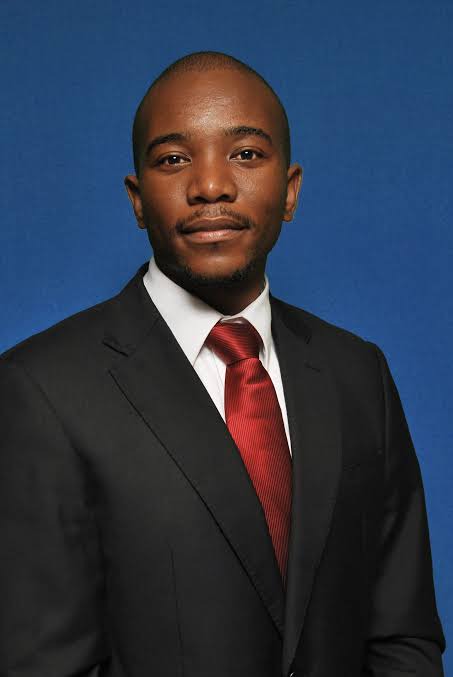 Maimane launched his candidacy for DA federal leader during the DA Western Cape Congress on April 18, 2015. Maimane was elected leader of the Democratic Alliance (DA) at the party's 2015 federal congress in Port Elizabeth on 10 May 2015. He was backed by prominent businessman Herman Mashaba. In the process, he defeated Wilmot James, the party's chairman, with over 90% of the vote. He succeeded Zille as DA leader, becoming the first black South African to do so and the party's youngest leader to date. 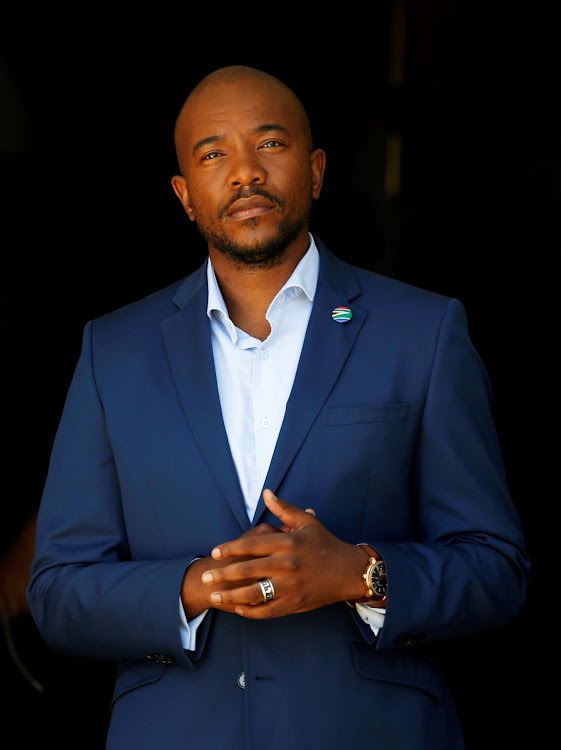 Maimane was booed and chased off the University of Cape Town campus in October 2015 as he attempted to address students opposing fee increases, and was afterwards chastised by younger members of his own party for failing to show adequate solidarity with the protesters. As one of a number of MPs who neglected to report campaign contributions, Maimane became entangled in a scandal regarding disclosure of interests.

Maimane announced a new stance for the DA on the topic of racism in January 2016, in which he urged racists not to vote for the DA and spelled out a racist charter that all new DA members would have to sign upon joining the party. He also stated that when the DA picks candidates for public office, equity targets will be implemented in order to make the party more varied and representative of the country as a whole. 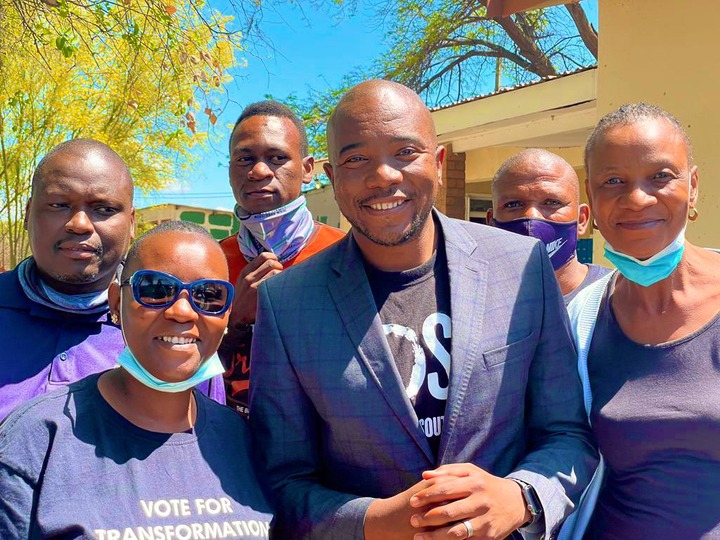 Helen Zille was elected federal council chairperson on October 20, 2019, a high-ranking post in the DA. Due to disagreements with the DA leadership, Herman Mashaba declared his desire to retire as Johannesburg mayor and DA member the next day. Mashaba's move fueled rumors that Maimane might follow suit and resign soon.

On the 23rd of October, Maimane announced his resignation as the DA's federal leader, putting an end to months of speculation that he would be ousted as the party's leader following the party's loss in the 2019 general elections. "Despite my best efforts," Maimane stated in his resignation address, "the DA is not the vehicle best fitted to carry forward the ambition of developing one South Africa for all." Maimane has promised to stay on as speaker of the National Assembly until the end of 2019. Athol Trollip, the Federal Chairperson, also resigned. On the 24th of October, Maimane resigned as an MP and a member of the party. As parliamentary leader and interim federal leader, he was followed by John Steenhuisen. 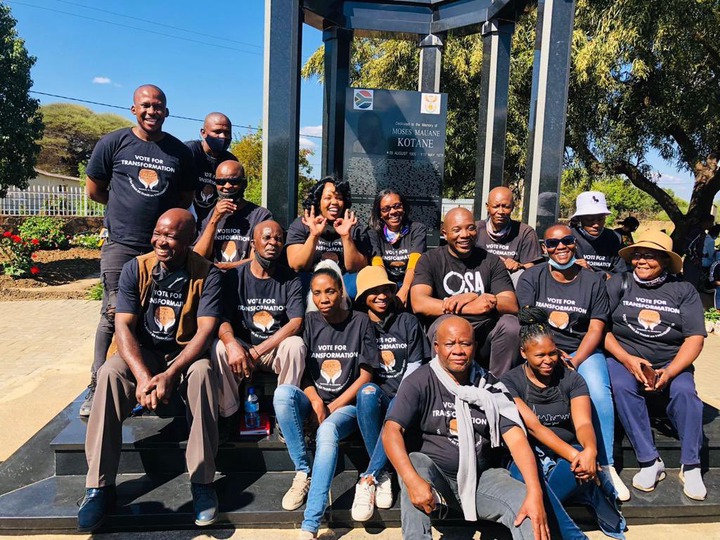 Mmusi Maimane celebrated his departure from the DA and claims it was the best decision he ever made because it allowed him to advance so much in his other endeavors. 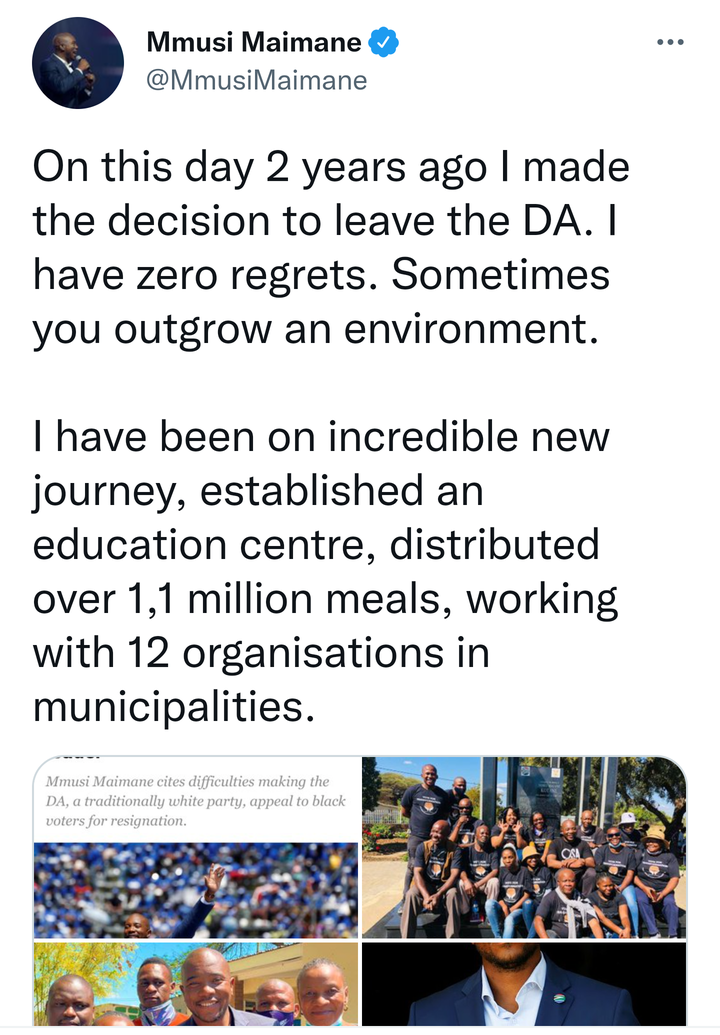 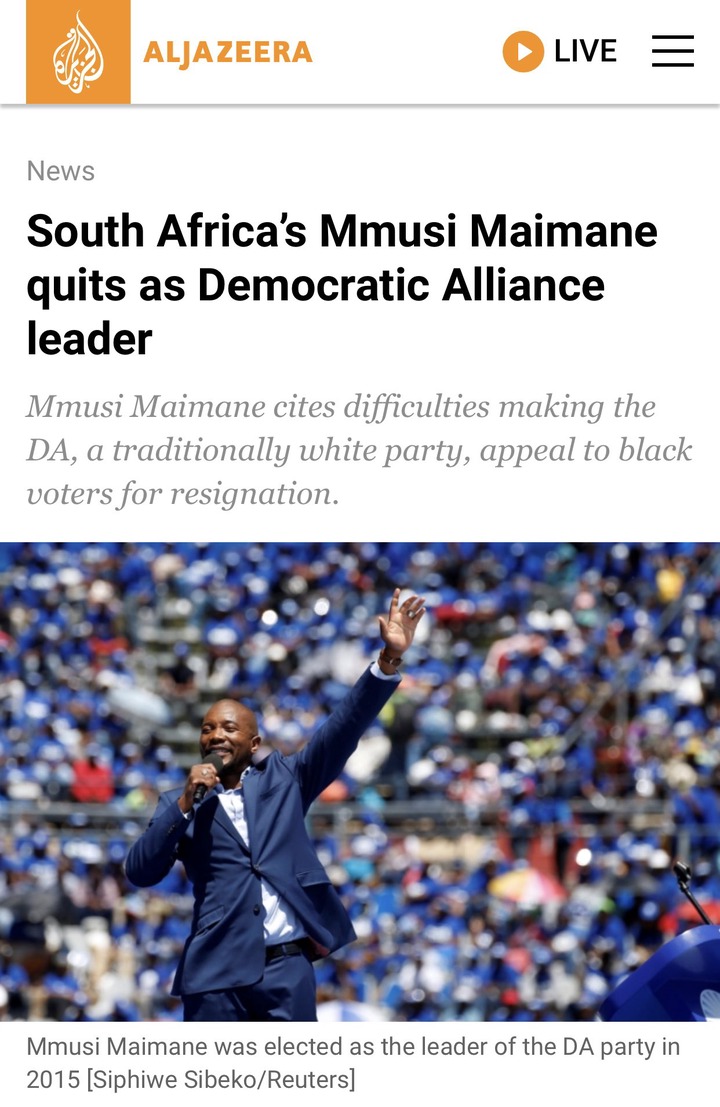 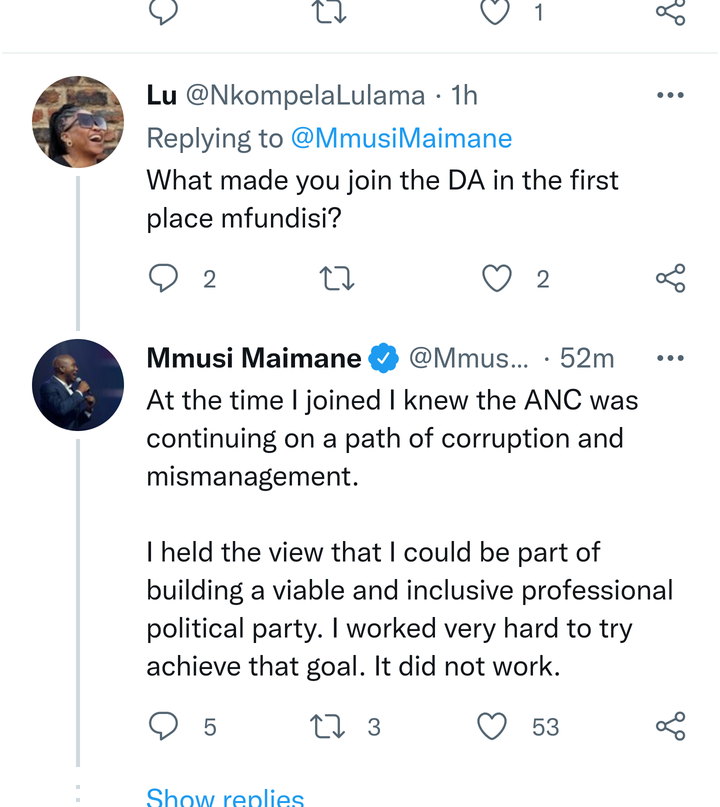 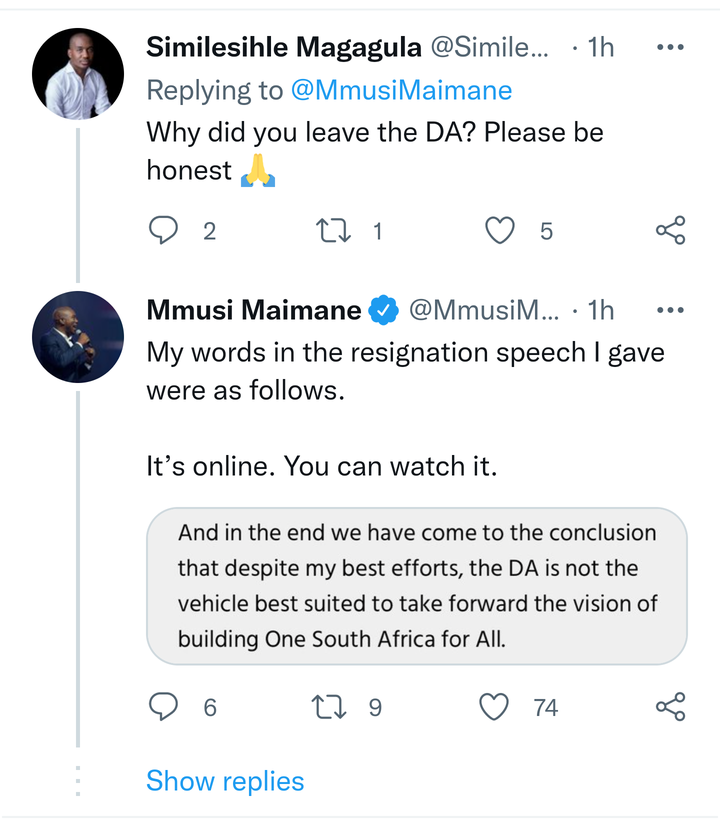 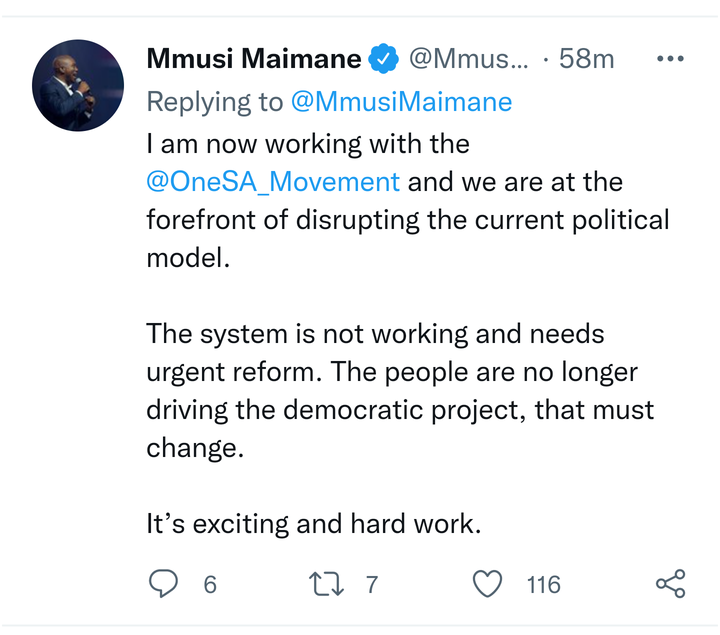