Musician Simphiwe Dana has called the ANC “a lost cause” when she expressed her wishes for Mzansi to have a woman president. 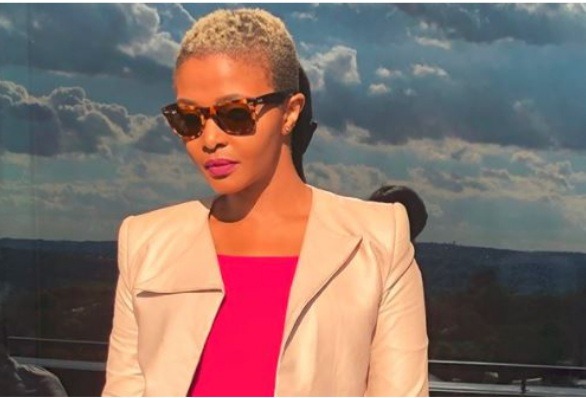 This after the country has been abuzz over tourism minister Lindiwe Sisulu versus acting chief justice Raymond Zondo.

Taking to Twitter, Simphiwe said even though she would love to see a female lead the country, she's not certain the female needs to come from the ANC camp because it is a "lost cause".

"On the off chance that the ANC wasn't a particularly act of futility, a female president from the camp would be such a much needed refresher. Considering that the ANC in general has made such obliteration, the treatment of Lindiwe Sisulu appears to be especially forceful. In any case, unfortunately, discard the entire thing."

In her notices one adherent repeated that this is an ideological group issue, not really an ANC emergency.

"Same like EFF. I don't see them having a female president soon. You can't anticipate that from freedom or progressive developments."

Ntsiki Mazwai additionally tweeted that she was "prepared for a lady president". 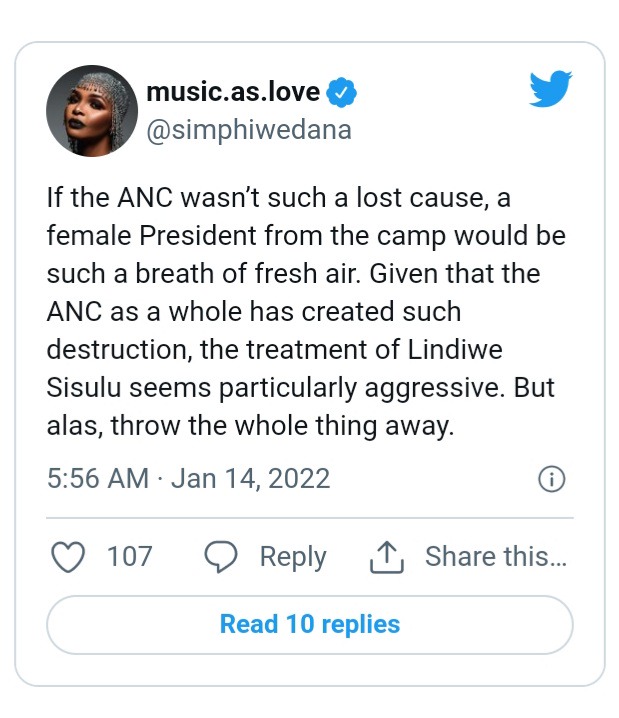 Her cash is on Lindiwe Sisulu.

She has effectively begun lobbying for the clergyman through her tweets. She has called out tweeps who have set the principles for what a lady president elect should forces.

"Let's get straight to the point about something. The male delegates brought us Khwezi and Marikana. You won't have insane principles for a female president. Not when you come from such garbage. Siyavana?? 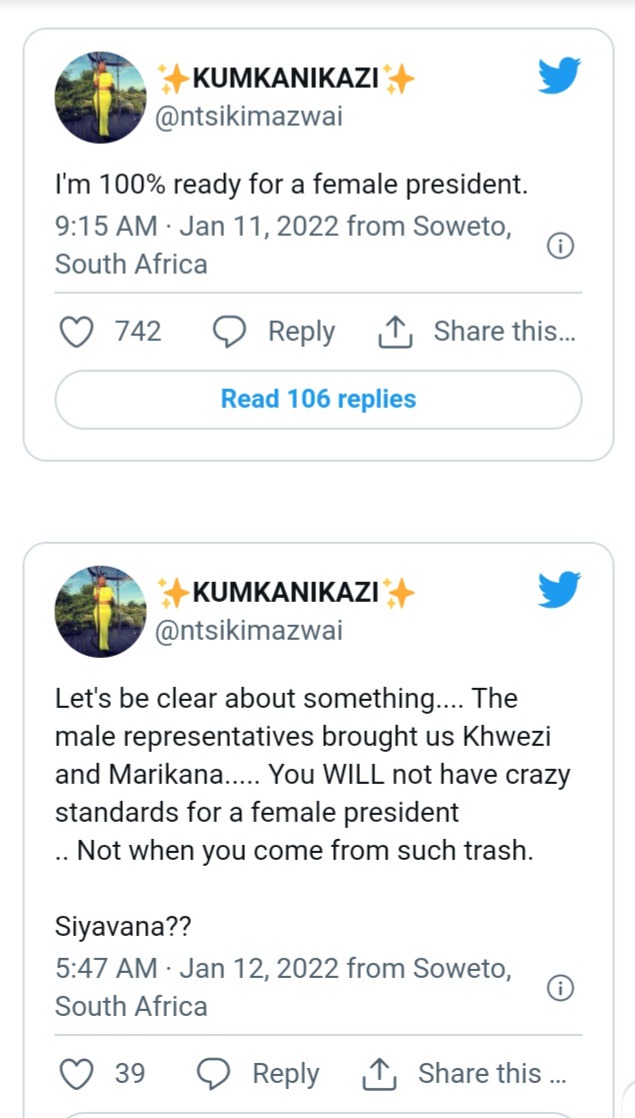