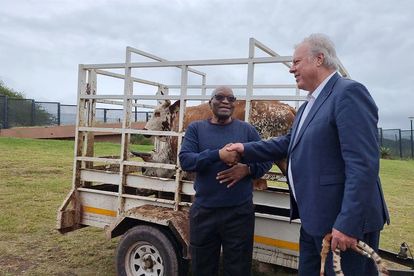 Former President Jacob Zuma’s lawyers were back in court on Monday over the former President's medical parole. Zuma was granted an early conditional release in September last year after having served two months of a 15-month jail term. It comes after the controversial former President was found guilty of being in contempt of court by the Constitutional Court for his failure to appear before the State Capture Commission of Inquiry. Former spy boss, Arthur Fraser sparked controversy for authorizing the parole after the South African medical parole advisory board recommended against Zuma’s early release. In December last year, the High Court in Pretoria ruled that Fraser’s decision was unlawful and Zuma to serve out the rest of his sentence. 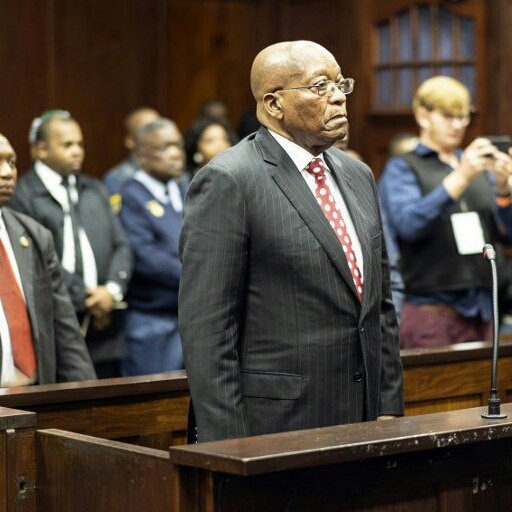 Among a handful of people supporting Zuma outside court is Louis Liebenberg. He says he is there to support former President whose financial assistance has been cut off. Liebenberg says God will still provide for Zuma. Liebenberg is causing a stir outside court, saying President Ramaphosa must go. "People supports Cyril Ramaphosa out of fear", we are not stupid". We are here to support our real President who is Zuma. Cyril bows and kneels to UK and the Westerns. Ramaphosa must go now! God will provide strength and he will come back to be the President of the people once more. The video of him trashing Ramaphosa’s name has been shared on Twitter by Samkelo Maseko. After seeing this video, I rushed to Google and found out that the Liebenberg is an alleged fraudster, who was making a killing during Zuma Era. Now taps are dry, he has been insulting President Ramaphosa ever since. Not surprising though, it's type of people that Msholozi attracts. Watch video here 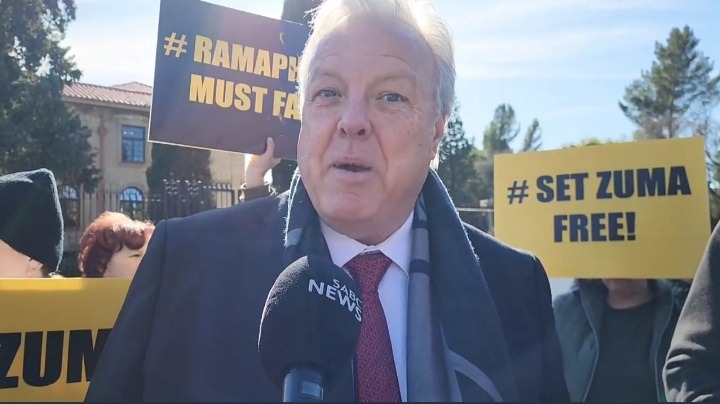 Handlers are coming out in full force, we will see who is a white monopoly stooge. We were told Ramaphosa is being handled by the white monopoly. Look who is talking now!

WHO IS LOUIS LIEBENBERG?

His name may sound familiar to some of you: He’s a high-profile businessman, who has been active in the mining, gold, and diamond industries. However, a number of accusers have labelled Liebenberg as a ‘conman’. Last year, the larger-than-life diamond dealer, Louis Liebenberg and his company Tariomix, have had their bank accounts containing approximately R100m provisionally frozen by an order of the High Court, following allegations of money laundering and of running a Ponzi scheme. 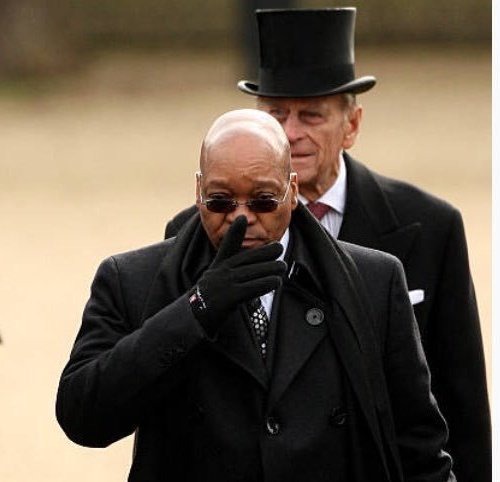 Meanwhile, the Jacob Zuma Foundation’s spokesperson Mzwanele Manyi, says Jacob Zuma’s medical parole case is another attempt to undermine the former president’s integrity. All I can say is that Arthur Fraser broke the law and released Jacob Zuma on parole. Now Zuma is busy in courts trying to validate a poor legal decision. Zuma is going back to jail screaming and kicking!