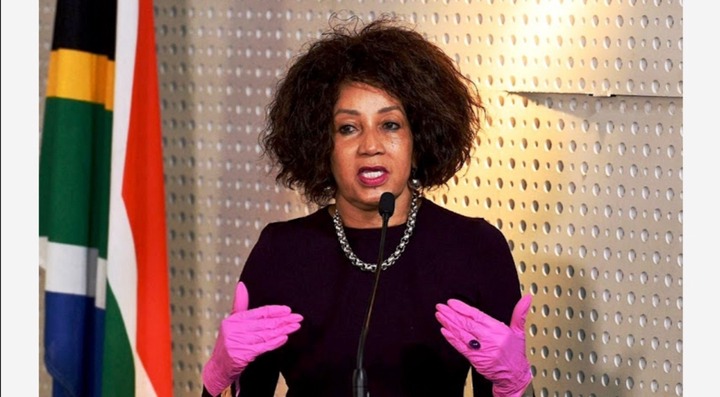 Civil society organizations have slammed Tourism Minister Lindiwe Sisulu for her "attack" on the judiciary in a recent opinion piece.

The Ahmed Kathrada Foundation, Council for the Advancement of the SA Constitution, Corruption Watch, Defend our Democracy Campaign, Freedom Under Law, Helen Suzman Foundation, and Judges Matter all condemned Sisulu in a joint statement on Wednesday.

Their criticism comes after the government distanced itself from Sisulu's views through Minister in the Presidency Mondli Gungubele.

Sisulu lamented the lack of transformation and economic reconciliation in her piece. She argued against the constitution, claiming that South Africa has legitimized wrongdoing under the guise of the rule of law. She claims that after decades of democracy, Africans manage poverty while others manage wealth.

"Under the constitution and the rule of law, what we have witnessed since 1994 has been co-option and invitations to political power brokers to the dinner table, whose job it is to keep the masses quiet in their suffering," she wrote.

Sisulu is being considered as a possible presidential candidate to challenge President Cyril Ramaphosa in the run-up to the ANC's elective conference later this year.

According to the organizations, Sisulu's views are an extraordinary attack on South Africa's justice system, constitution, and judiciary.

"Though written in her personal capacity, Sisulu's utterances as a member of the executive and a high-ranking member of the ANC must be strongly condemned."

"Her demand for judicial reform represents a dangerous and regressive call to make the judiciary responsive to the whims of a political elite."

The rule of law is the foundation of our constitutional democracy, and its health and tenacity are dependent on an independent and impartial judiciary at all levels."

Calls to cram the courts with people who value political expediency over legal principle endanger the judiciary's ability to uphold the constitution.

Trying to blame the judiciary for its failures is the most cynical form of blame-shifting. It is worth noting that Sisulu's article stands in stark contrast to a sinister cacophony of unjustified attacks on the judiciary by political actors.

"Sisulu's attempt to tarnish the legitimacy of our constitutional order, and by extension the rule of law on which it is based, is a shameful exploitation of the genuine plight of so many in our country," the statement reads.

"As a prominent member of government for more than a quarter-century, Sisulu would have had a uniquely clear view, during the years of state capture, of the deliberate restructuring of the state to serve the interests of a subset of our political class at the expense of ordinary South Africans, particularly the poor and vulnerable who face economic deprivation on a daily basis."

Sisulu had argued for a reform of the justice system, claiming that it did not work for Africa or Africans.

According to the organizations, Sisulu is aware, or should be aware, that it is parliament and the executive who legislate and implement government policy, not the judiciary.

"The most cynical exercise in blame-shifting is to attempt to blame the judiciary for their failures." It is worth noting that Sisulu's article stands in stark contrast to a sinister cacophony of unjustified attacks on the judiciary by political actors.

These appear to be designed solely to eliminate the possibility of accountability for crimes, malfeasance, and other wrongdoing associated with public office.

"Judges find it difficult to respond to slanderous attacks like Sisulu's." The nature of their office usually requires them to keep a dignified silence in the hope that decency and a principled commitment to the values of the constitution will triumph."