The Zimbabwean regime is getting paranoid as the Opposition leader Nelson Chamisa launched one of the biggest campaigns the country has ever seen ahead of the 2023 elections. In what has been named as the pole to pole, man to man, door to door, and heart to heart campaigning. Chamisa has been visiting the rural areas interfacing with the people in areas that are largely ruling party strongholds and drawing large crowds that are sending Zanu PF in panic mode. 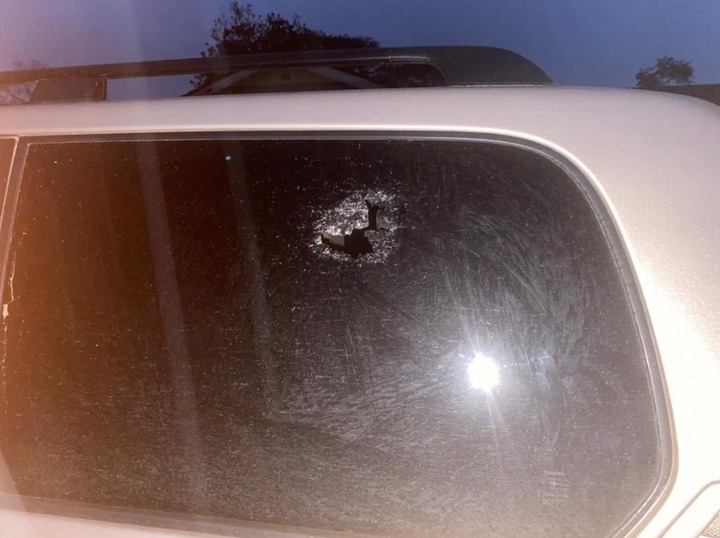 CIO - the notorious intelligence agency which is run by the ruling party tried to block Nelson's convoy in Manicaland province. The driver tried to circumvent the blockage, thus when the car was shot at. People who were recording the incident ran to take cover cutting shot the scene that ensues thereafter.

But according to his social media account the opposition leader is safe and in high spirits and will continue to interface with the people. 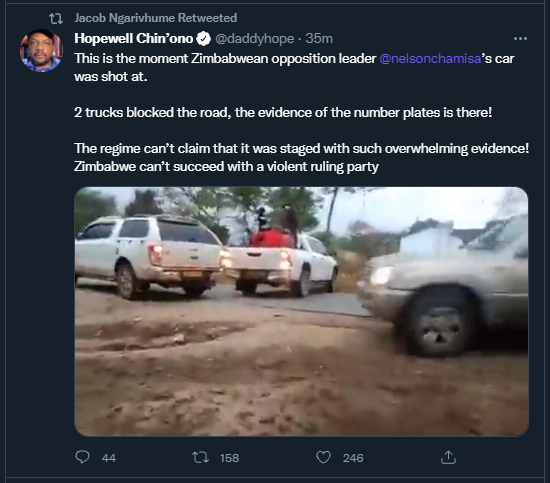 In the last 42 years since Independence, Zimbabwe has never had peaceful elections with the ruling party employing diabolical tactics to hold on to power by hook or crook. However the misgovernance and incompetency have led to the collapse of the economy send millions of Zimbabweans into foreign countries like South Africa, the UK, and Australia in search of a better life. 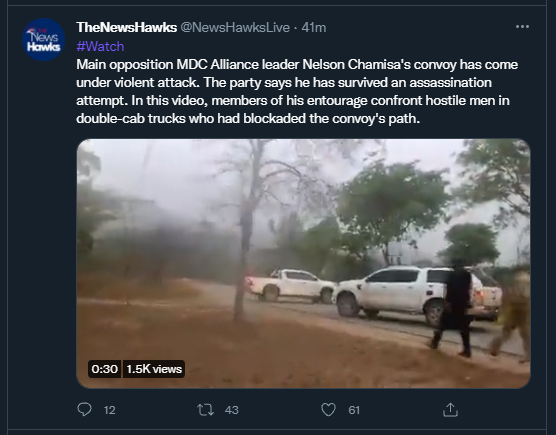 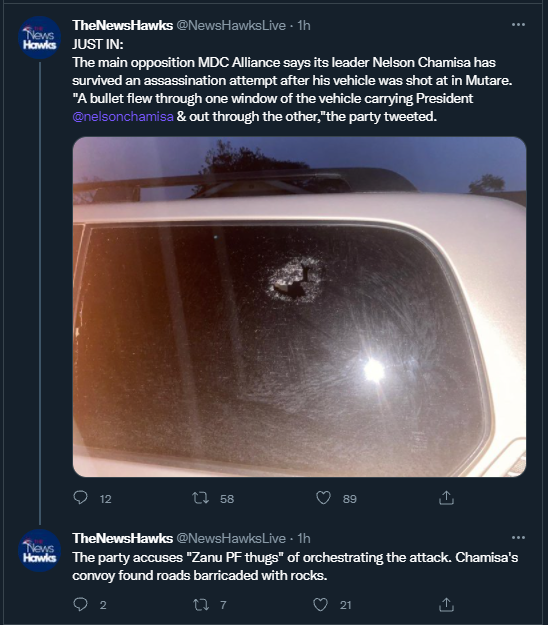