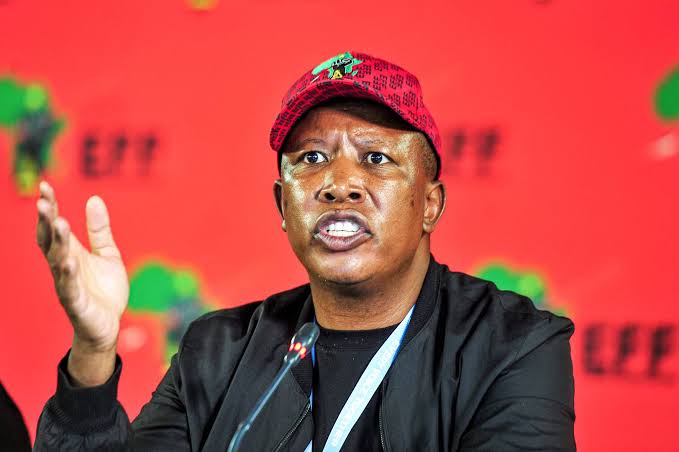 At a news conference on Friday, Zille blasted Malema for his reaction after the DA decided not to collaborate with the EFF after the local government elections earlier this month.

Malema informed the media on Thursday that he and President Cyril Ramaphosa have struck an agreement to grant the ANC hung metros.

He claimed that this was why his party joined forces with Herman Mashaba's ActionSA to vote for the DA, despite the fact that the new party had stated its opposition to working with the EFF.

On Friday, Zille observed, "He's acting like a jilted lover."

She claimed the DA has had an on-again, off-again relationship with the EFF since 2016, when the latter came to power thanks to Malema's support.

The EFF had urged the DA to endorse its mayoral candidate in Rustenburg, according to Zille, but the DA had refused.

"I suppose he turned into the person that takes his girl for granted at that time." "But later, when he hears that another person could be going on a date with her, he intervenes and slashes the other guy's car tyres, preventing her from dating anybody else," Zille explained.

She stated that the DA will not be dependent on the EFF, and that the red berets would not be purchased, captured, or controlled by them.

"He has no desire to serve in the government." "He wants to have complete influence over the officials, their choices, tenders, and contracts," she claimed.

The press conference took place after the Democratic Alliance's leadership met with mayors from across the country.

At the same news conference, DA leader John Steenhuisen urged the party's mayors to go beyond their caucus to manage their administrations.

"The days of working in political silos are long gone." The sooner we can figure out who our allies are in this objective of improving cities and towns and creating stronger and safer communities, the better.

"I want to tell our mayors that these allies are all around them." "They may represent a different political party in the council chamber, but many of them want to see the same improvements in people's lives as you do," Steenhuisen added.

He stated that the DA must find methods to stay resolute and faithful to its principles.

"Then you'll have allies outside of politics, but their cooperation is just as crucial." Make contact with NGOs, civil society, churches, and educators. Pay attention to people and groups who approach you with ideas. Be receptive to new ideas.

"You'll have allies in business and industry as well." You'd be surprised at how many firms actually want to help and are eager to provide their time, money, and experience, but don't trust political parties or have previously been ignored or discarded."

Content created and supplied by: Touch22 (via Opera News )

Mmusi Maimane is immediately Calling Angie to Step down with immediate effects, Here is why

Only 3 Days Left, All Road Lead to Department of Sports. Here Is What Julius Malema Will Do

The ANC Vs Lindiwe Sisulu, The Party Makes an Important Decision