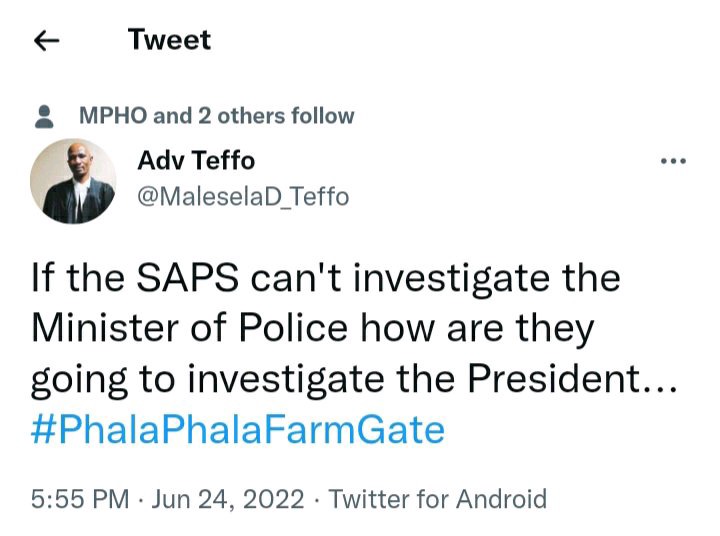 As criticism of the President grew over his alleged involvement in criminal activities on his farm, the famed defense attorney tweeted the above.

A possible break-in at President Cyril Ramaphosa's Phala Phala farm in Limpopo set the country a-twitter. The farm allegedly had $4 million (about R62 million) taken, but the crime was never reported.

Malesela Daniel Teffo is the defense attorney for the four men on trial for the 2014 murder of Bafana Bafana captain Senzo Meyiwa. Footballer Senzo Robert Meyiwa was a goalkeeper and captain for Orlando Pirates of the Premier Soccer League and the South African national team. On October 26, 2014, he was murdered during a home invasion. 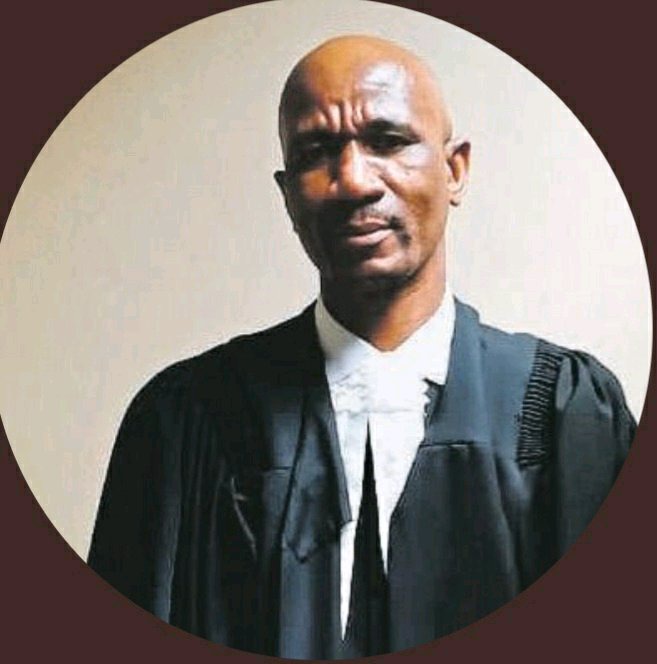 Adv Teffo is probably right: if the police can't even investigate the most basic offenses, we can't expect them to look into the activities of powerful politicians or the President himself.