"If I were Arthur Fraser, I would begin preparing my bags for prison," a Ramaphosa supporter says as he blasts him.

"Recognizing that I was Arthur Fraser, I would begin packing my belongings for prison. Arthur Fraser still cannot account for R125 million from Project Veza alone ". These are the statements of Goolam, one of President Cyril Ramaphosa's staunchest supporters. After the release of the fifth and last section of the state get commission's report late last night, Goolam exhibited an increased level of enthusiasm. Last night, the Ramaphosa ally was relentlessly hammering Fraser, firing him left and right.

This comes after the State Capture Inquiry Report recommended Former Spy Chief Arthur Fraser be charged with a crime. This is the result of Fraser's Principal Agency Network project, which discovered wrongdoing and submitted to the Hawks and NPA despite Cwele's intervention. Raymond Zondo has suggested that the Hawks reconsider the evaluation of former incognito usable manager Arthur Fraser, which was discarded in favor of former information server Siyabonga Cwele. Wednesday, Zondo submitted the proposal in the commission's final report to President Cyril Ramaphosa.

Zondo saw that the evaluation the Hawks discarded was from the PAN report, which warned of initial infractions implicating Fraser. Apparently, former President Jacob Zuma was aware of cases against Fraser when he appointed him in 2016. "The Hawks should reconsider the resumption of the assessments. It is possible that whoever was involved, including Mr. Fraser, will be vindicated, but the assessments should be permitted to proceed as usual "In the final section of the four-part examination of government corruption, Zondo was informed.

Batallion, an EFF official, has come out with explosive weapons in response to Zondo's revelations. "We understand that all the concession processes, report alterations, and covert social activities were intended to shock Arthur Fraser. He should immediately release more information on #PhalaPhalaFarmGate ", Battalion stated. 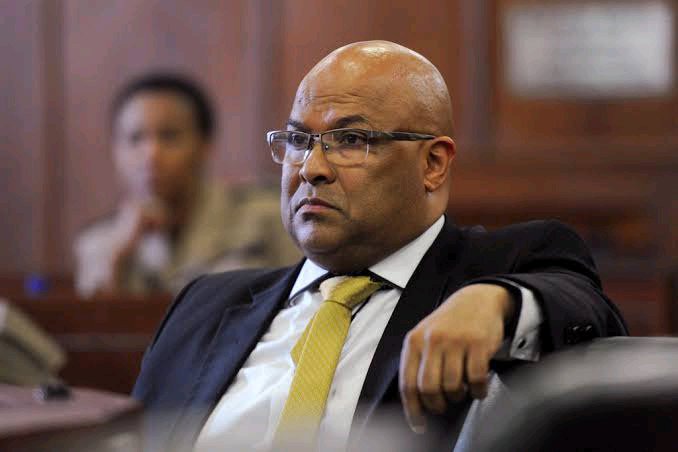 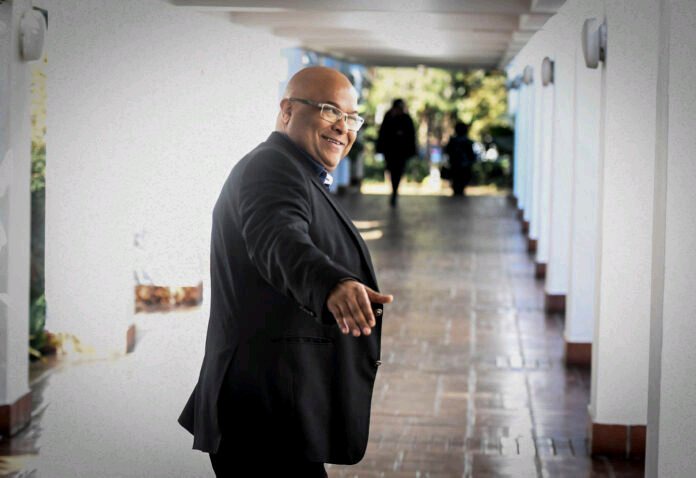 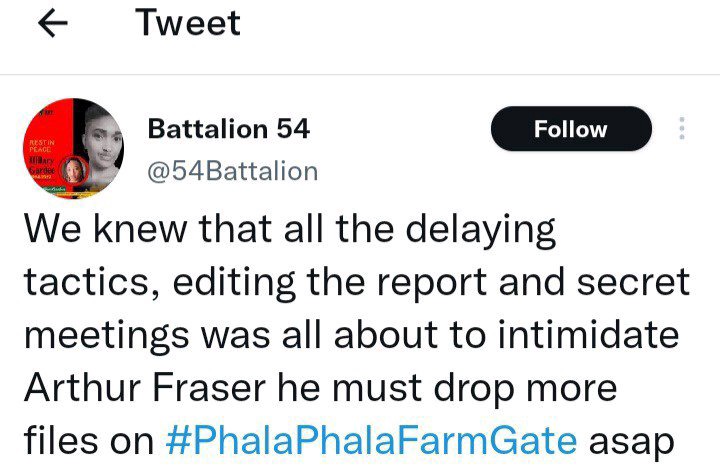 I appreciate Fraser's admission that he will become involved, but this was merely a consequence. Could the new delay in transmitting the report have been for Cyril to propose that Fraser be "criminally charged," especially after the PhalaPhala incident? What we are currently witnessing as a nation is a lack of transportation planning and carelessness on the part of its citizens. The ANC should examine itself outside of government, not while in power. There will undoubtedly be an increase in discontent.