By SpheNews (self media writer) | 4 months ago 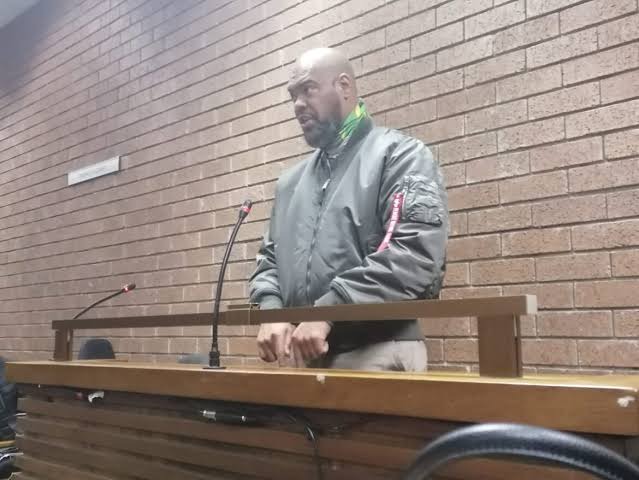 JOHANNESBURG- A top politician in Gauteng has been arrested and appeared in court. He has been charged with terrorism as it is believed that he is one of the instigators of the unrest violence that happened in Gauteng and Kwa Zulu Natal over the past two weeks.

What is even worse is the fact that his crime has now costed him an opportunity to become a Mayor at Mogale City, West Rand, in West of Johannesburg.

Patriotic Alliance (PA) West Rand mayoral candidate Bruce Nimmerhoudt has been charged under the terroism Act after he was arrested for instigating violence during the recent civil unrest.

During his bail application in the Magistrates court in Roodepoort, the State added a charge under the Terroism and related activities act ,which means that he faces schedule five criminal offence under the criminal procedure act.

It is alleged that Nimmerhoudt circulated a WhatsApp voicenote inciting public violence and calling people to block national highways.

During his court appearance, Nimmerhoudt said that he had received the voicenote a night before he was arrested from a PA WhatsApp group and he had intended forwarding it to the police as it incited violence but he got arrested before he was able to do so.

Nimmerhoudt said that he had been involved in mobilising community to protect shops in the area because his party was against looting.

"I have been speaking against this act of looting and damaging of infrastructure and shops. From the onset, we as a party have been against the looting that took place. We even went to extreme measures of organising our own community members to safeguard businesses and shopping centres," he told the court.

The voicenote was shared ob the group by UNA Dickson, another PA member.

Dickson testified that she had known Nimmerhoudt for years and the voicenote circulating is not his.

She went on to say that the law enforcement officers had not contacted her aunt for a statement. Magistrate Annelie Africa came down on police for not yet obtaining the statement from Dickson's aunt.

"No one took the initiative to take the statement from the person whom the recording originated from," said Africa.

Nimmerhoudt also claimed that there was political interference with his arrest.

Patriotic Alliance mayoral candidate Bruce Nimmerhoudt says that he is being framed after his arrest for alleged political sabotage. He is appearing in the Roodepoort Magistrate Court today to apply for bail and is accused of being an instigator.