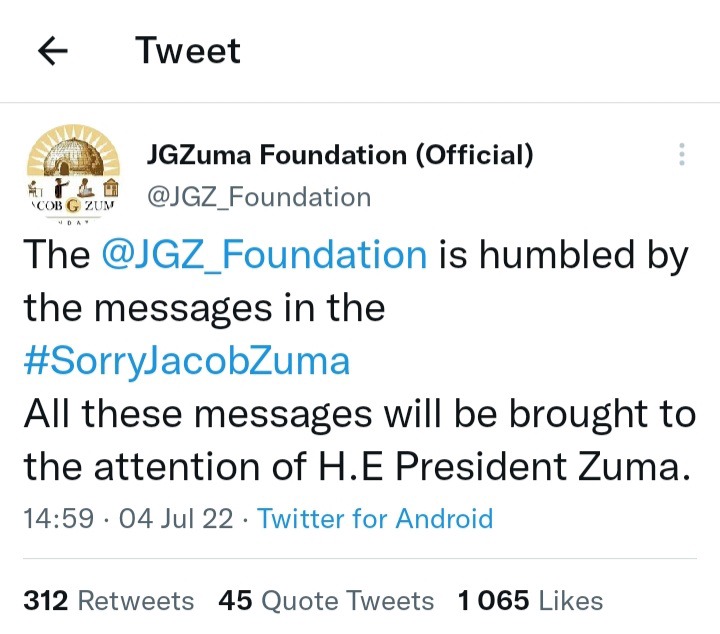 It is surely a great day for former President Jacob Zuma, who is currently trending on Twitter under #SorryJacobZuma. Several South Africans are coming out, apologizing to Zuma for all the bad and hurtful things they said about him. "I hope I'm not too late, but I would like to take this opportunity to apologize to Zuma for all the harmful things I said about you l, during your tenure. I was made to believe that you were the problem, but I know better now. Sorry, my president", one of the tweets read. 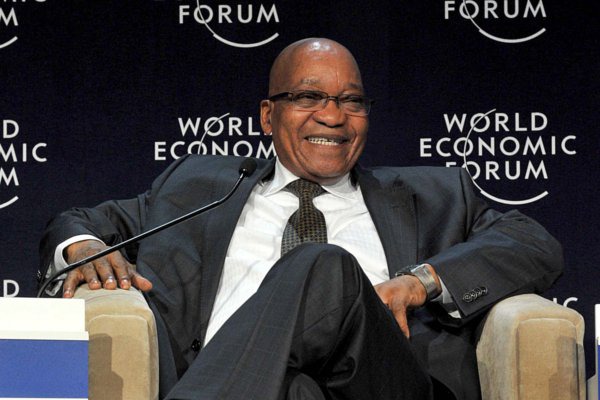 Under the hashing, milions of South Africans have gathered to say sorry to JacobZuma for believing the "lies that were sponsored to the public about him". Citizens are saying the New Dawn is showing them flames. South Africans have smelled the coffee after another petrol hike was announced. Another steep fuel price hike will see 93 octane petrol to go up by R2.37, 95 octane by R2.57 and diesel by R2.31 per litre. On the other hand, load shedding is torturing citizens, affecting small businesses in a terrible way. Eskom has resorted to blackouts, which see citizens going for over four hours without electricity. 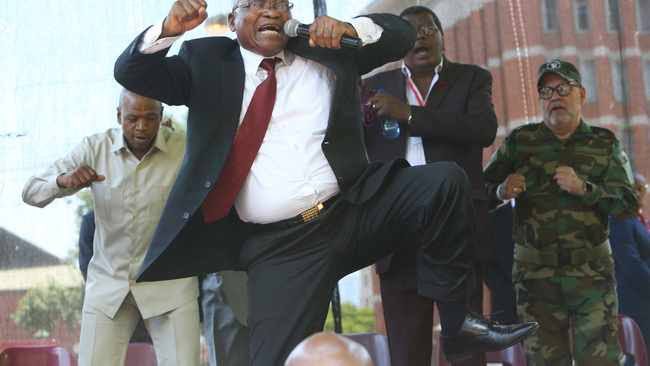 All these woes have caused the nation to lose faith in Ramaphosa and wish Zuma was still head of state. According to the repentant citizens, Zuma was better than Ramaphosa and although he had his own flaws, life was better during his tenure.

Seeing this #SorryJacobZuma gives me hope. It shows that many South African citizens are starting to see the bigger picture and the truth on what's really happening in this country. Thank God!! We are getting there. Look at apologies from several South Africans under the hashing.

@JMagobiyane #SorryJacobZuma if there is one thing that pains me is the fact that I bought onto the lies that were spewed by the media as the gospel truth. How naive I was back then but now I know the truth. I sincerely apologize for not believing in you when you had the country’s best interest at heart.

@LindyLindt Dear President Jacob Zuma. President Cyril Ramaphosa is everything that the media said you were. They lied to us and we believed them.The Shame, tge humiliation you went through. Sorry Jacob Zuma.

@Nkuth85 You stood for us, In BRICS..! The Only SA President who would challenge the privilege of the white minority..! Stood for Land issues! Sorry Jacob Zuma.! If only we can turn back the hands of time! 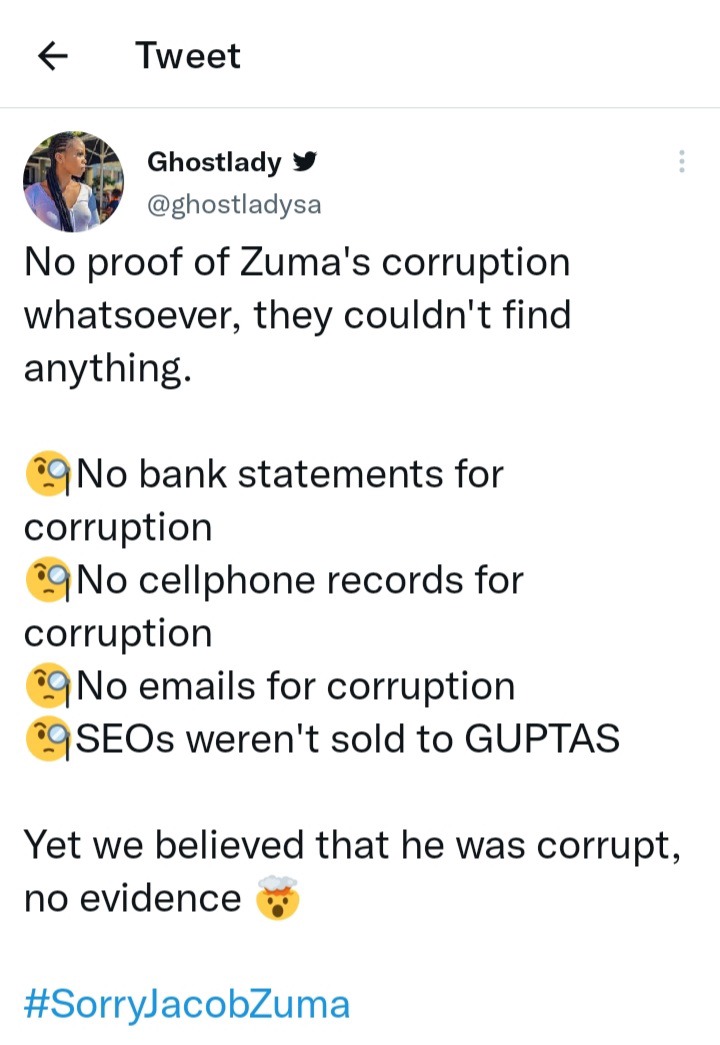 The #SorryJacobZuma is not good for President Cyril Ramaphosa. Currently citizens have lost even the little faith they still had in him. The Phalaphala scandal has cast too much doubt on the people. Ramaphosa is failing to lead and there's already a cloud hanging over his head. Zuma must be having a great day reading all those tweets from the people, pity we can't say the same about Ramaphosa. 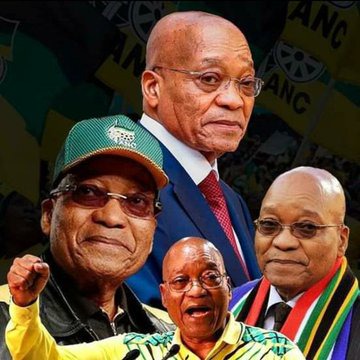