Delegate president David Mabuza on Thursday told the National Council of Provinces [NCOP] that finding fault with the ANC government and the Eskom board won't tackle the continuous difficulties looked by the power utility. 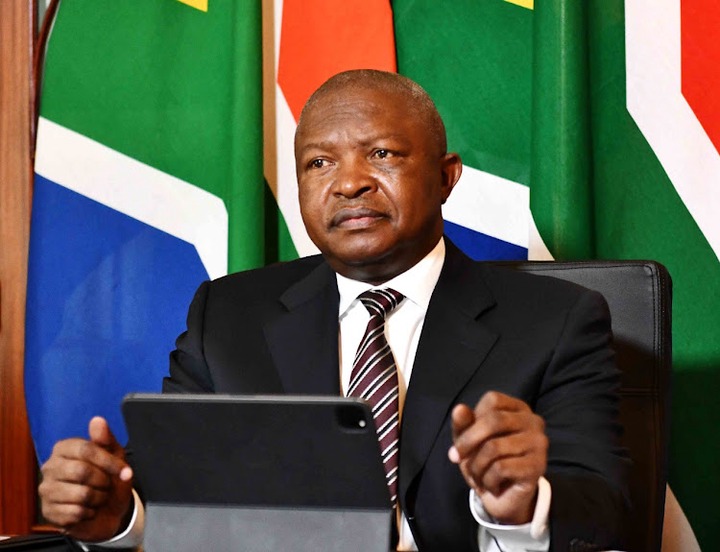 "At one point these individuals that have been selected have bombed the public authority, yet there is no utilization at pointing fingers at each other. Allow us to fix the issue," said Mabuza.

He was answering oral inquiries in his ability as the administrator of Eskom's political undertaking group with respect to advance made on rectifying the plan deserts on recently fabricated Medupi and Kusile power stations.

DA part Beyers Smit tested Mabuza about Eskom board part Busisiwe Mavuso's new appearance before parliament's standing advisory group on open records where she excused the utility and put its troubles on the ANC.

Survey | Was Busisiwe Mavuso right about the ANC-drove government being to be faulted for Eskom's disappointments?

Was Mavuso right? Did she utilize some unacceptable stage to resolve the issue, or is Eskom moving the fault?

Smit said: "Both the Zondo commission seat Raymond Zondo and Eskom seat Busisiwe Mavuso decisively laid the wreck at Medupi and Kusile power stations at the feet of the ANC.

"There has been a board that was mindful. As of not long ago we are not determined what the obligation was of those designs for this emergency that we are confronting today."

He proceeded to say, "what I see in Eskom is the absence of upkeep of these power stations, the expense overwhelm of the two new forms [Medupi and Kusile] and there are plan issues which should be the obligation of designers working at Eskom as well as the CEO around then to guarantee that we keep away from these superfluous expenses and deformities."

Mabuza said he had not seen any obstruction by the priest mindful at Eskom.

"The obstruction that is spoken about can be discussed ... There's no point in pointing fingers at one another and leave the difficulties."

Stage 2 burden shedding returns on Thursday from 5pm to 10pm because of a deficiency of age limit during the night top.

Giving a report on progress made in amending the plan deserts at Medupi and Kusile power stations, Mabuza yielded that the two had not accomplished the ideal degrees of execution and dependability.

This he expressed, was because of a blend of tasks and plant plan and support shortcomings. To address this, Mabuza said, the political errand group for Eskom directed an oversight visit to the power stations where they told Eskom the executives that the deformities recognized should be amended speedily to keep away from additional venture deferrals and cost accelerations.

"Eskom is gaining ground in creating and carrying out compelling specialized answers for the significant plant deserts at the two Medupi and Kusile in accordance with the plant imperfection adjustment plans."

As a feature of carrying out this arrangement, Mabuza said, a significant adjustment at all units in Medupi brought about a significant improvement in the accessibility and dependability of the authorized units at that power station.

"These units are currently reliably accomplishing the planned result except for unit 4 which experienced an age disappointment bringing about a delayed blackout."

'It was recently opened': Medupi blast flashes fears on the web

The power utility on Monday made a stunning declaration about the blast which happened on Sunday night.

Mabuza said there are long haul alterations to the processing plant that will in any case should be done when support blackouts are planned.

Also at Kusile, units 1, 2 and 3 were on the arranged blackouts list for configuration deformity remedy.

"The time span for the fruition for the heater plant imperfection arrangement is October 2023 and the amendments to the processing plant will be finished after December 2027."

This will rely upon the blackout accessibility of units, said Mabuza, adding that all imperfections are managed as per authoritative circumstances.

"Obligated project workers are being considered responsible and Eskom has agreed with evaporator workers for hire as far as which heater revision costs will at first be parted on a half divide premise among Eskom and the worker for hire at the two Medupi and Kusile."

He said Eskom's lawful group is redrafting the agreements to recuperate costs from at risk project workers.