By ChaukeA (self media writer) | 2 years ago

A Zimbabwean court on Monday denied bail for the third an ideal opportunity to a writer who has been confined for over a month on charges of inducing open viciousness over enemy of government fights a month ago.

Chin'ono was captured a month ago alongside restriction lawmaker Jacob Ngarivhume for upholding the expulsion of the decision ZANU-PF gathering and supporting the July 31 fights that were halted by specialists.

His remarks were bizarrely candid for a columnist in Zimbabwe, where nonconformists are frequently managed brutally.

Their capture and proceeded with detainment has prompted analysis that Mnangagwa's legislature is endeavoring to gag the press and utilizing a COVID-19 lockdown to capture, hassle and torment activists, which the administration denies. 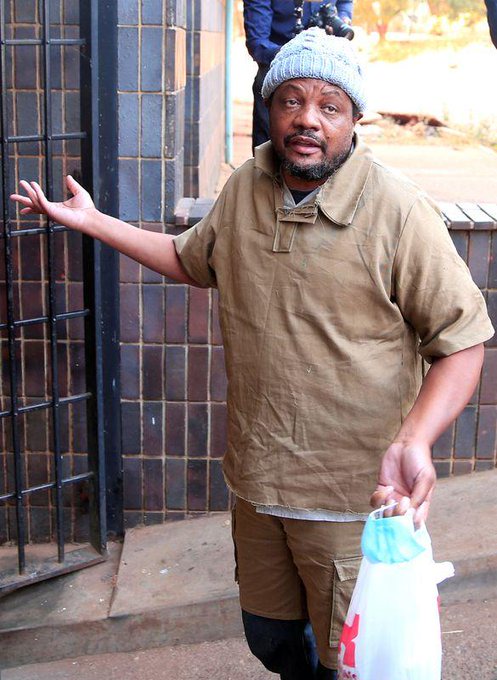 Judge Ngoni Nduna said Chin'ono's protection group had not introduced new realities in the most recent application and that the counter government fights dreaded by the administration could in any case occur.

"He has been pushing for the expulsion of government from power," Nduna stated, legitimizing the decision.

Chin'ono's legal advisors said they would advance against the judgment.

A week ago, Nduna expelled Chin'ono's lead legal advisor Beatrice Mtetwa from the case, blaming her for affronting the courts.

Zimbabwe is wrestling with a serious financial emergency, with swelling running above 837%, stirring recollections of hyperinflation under Robert Mugabe over 10 years back.

In a different case, Job Sikhala, bad habit executive of the principle resistance Movement for Democratic Change, who was captured a week ago on charges of instigating open viciousness, was testing his confinement in court. He demanded he had not perpetrated a wrongdoing.