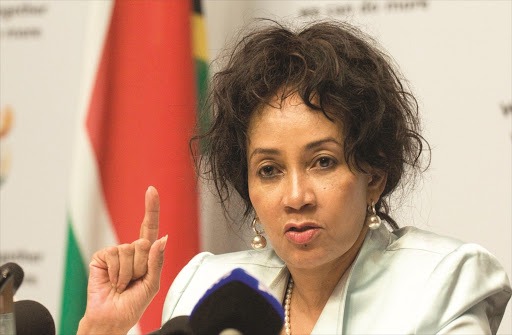 The controversial Minister of Tourism, Lindiwe Sisulu has taken another troll in her response to the Minister of Justice, Ronald Lamola.

In her response, Sisulu lambasted Lamola for addressing her in the unusual step, as a colleague but he chose to use the open letter, something that is unheard of in the tradition of the ANC movement.

Sisulu stated that what Lamola has done appears to be alarming since it seems to be a follow- up of the public statement issued by his department, which was all part of an equally unusual and disturbingly vicious public castigation of Sisulu since her attempt to draw public issues South Africans should be discussing.

In this regard, Sisulu stepped into that unprecedented space and responded that.

Lindiwe enlightened Ronald about her point of departure. She stated that the South African constitution is a human- made, historically contextualised document.

That contextualization cannot escape the reality and umwelt of a CODESA 1 and 2 that defines the proverbial womb of the Constitution. In that sense, Sisulu stated that this sense, the constitution made for a settlement agreement.