How much do you Know about SA's Chief Justice?

By Sizwemcd (self media writer) | 1 year ago

The South African Chief Justice Mogoeng Mogoeng was born on 14 January 1961 in Goo-Mokgatha village near Zeerust in the North West Province. 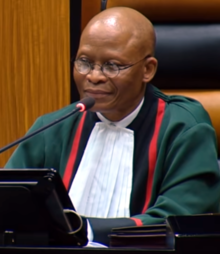 Mogoeng's father was a miner and his mother a domestic worker.He became politically active at Secondary school, from which he was briefly suspended for organising a memorial to the victims of the #Soweto Uprising.

Mogoeng received a B.Juris degree in 1983 and BL degree in 1985 from the University of Natal.There he had been active with Azanian Students Movement during a time of grave repression by the SADF.From 1985 he worked for the government of then, Bophutatswana as a the High Prosecutor in Mahikeng;though working for a Bantustan was stigmatised as being part of a structure of #Apartheid, Mogoeng was obliged to do so for five years to repay his government bursary.He obtained his Masters of Law degree by correspondence from the #UNISA in 1989.

He left Bophuthatswana's civil service in the year 1990 to begin practice as an advocate. After a short period at the Johannesburg BAR,he went back to Mahikeng and practiced for six years as the chair of Lawyers for Human Rights' Bophuthatswana chapter and a part-time lecturer at the University of Bophuthatswana.

However,some experts say "He is of serious purpose, deeply committed to the Constitution." 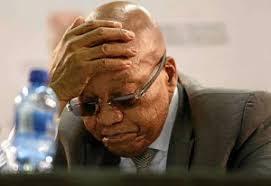 While he was criticized in the beginning as #Jacob Zuma 's puppet.He proved his critics wrong when in 2016,he wrote the Court's judgment in EEF vs Speaker of the National Assembly matter, which declared that President #Zuma had violated the SA's Constitution by failing to act on the Public Protectors ' Thuli Madonsela's Nkandla Report.

Mogoeng Mogoeng is one of the most respected figures in South Africa.

What are your thoughts about our Chief Justice?

Content created and supplied by: Sizwemcd (via Opera News )