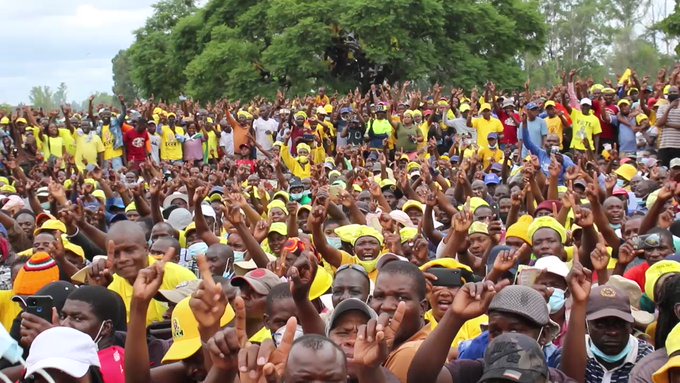 The newly formed Citizens' Coalition for Change of Zimbabwe is offering solution to the Zimbabwean problems. The party says the urgency of the Zimbabwean situation requires robust, brave, radical & proactive responses, solutions & actions. A CCC govt will offer a smart response with actions & solutions to the current economic crisis.

Though some people accuse the party of being a puppet of the West. Most failed states in the world are anti-West and they are not budging despite sanctions put against them. We have seen countries like Cuba, Venezuela, Syria's economy going down to the drain, hit by Hyperinflation and they pushing back at the West

And it is their citizens who are suffering. You can't be anti-West if you are a third world country. It is just suicide.

It look like the leader of the Zimbabwean opposition was in Pretoria invited to a dinner by the Norwegian embassador, Dr Stian Christensen. The ambassador spoke to the opposition leader how Norway can assist CCC ahead of next year's elections

"This comes as it has been revealed that some organisations such as the National Endowment for Democracy, the overt, traceable and trackable agency for US-backed regime, change is sponsoring a litter of anti-Government nongovernmental organizations to influence the outcome of next year's polls." The Zimbabwean media wrote