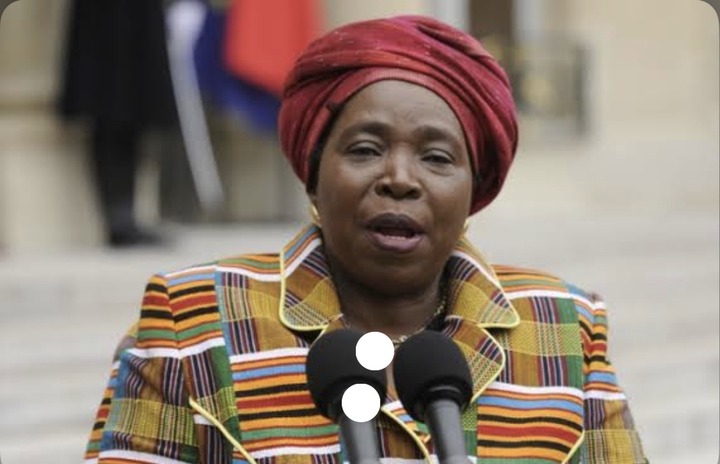 The leaders of the various parties are currently swallowing their pride and admitting defeat. South African President Cyril Ramaphosa has termed the ANC's defeat as a loss and a lesson. Minister of Corporate Governance and Traditional Affairs (COGTA) Dr. Nkosazana Dlamini-Zuma was another government figure who spoke out against the bill. The Minister said the decisions made at the first council meeting have been approved. No matter how heartbreaking and hard this time may be, they are being called to restore their cherished and illustrious movement. 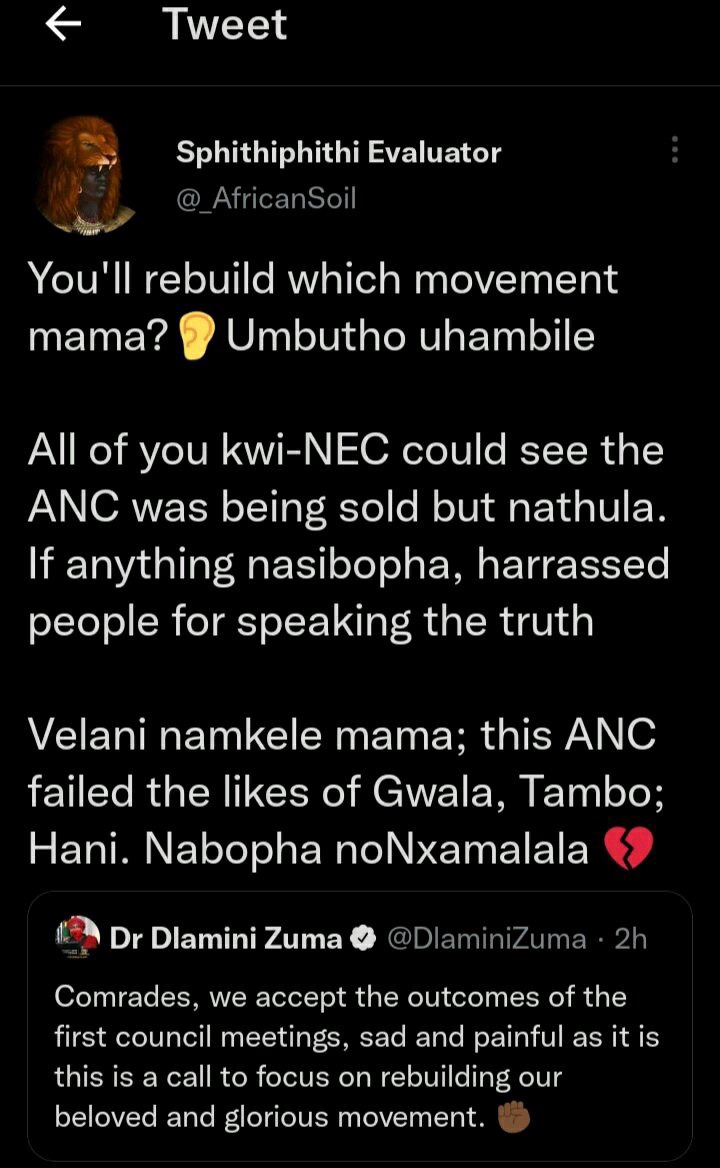 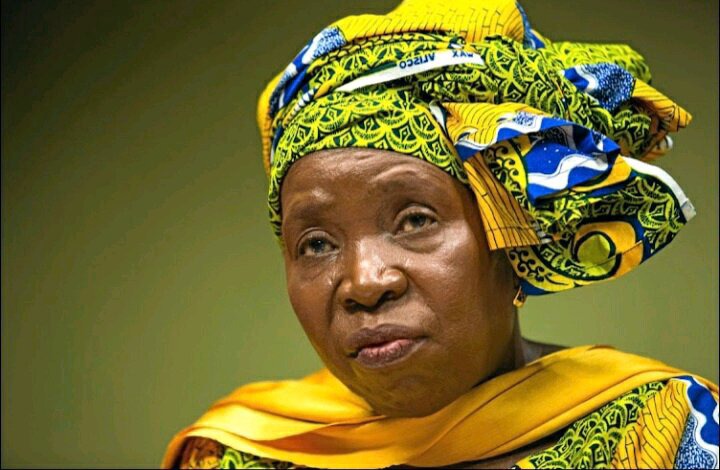 However, in response to Zuma's Dlamini remark, one of Zuma's staunchest supporters raised some damaging issues. The Evaluator singled out Sphithiphithi Dlamini-Zuma and asked which movement she intends to revive. It was said to her face by Sphithithi that Dlamini-time Zuma's was up. "There was widespread agreement among NEC members that the ANC was being sold, but you did nothing to stop it. In this case, it was the truthful individuals who were hounded and put in jail." Sphithithi advised Dlamini-Zuma to realize that the ANC had failed Gwala, Tambo, and Hani. Yes, you have captured Zuma. As a matter of fact, I yelled.

The first responsibility of a leader is to determine the facts of the issue. It is impossible to reconstruct this kind of structure from scratch. Some have argued that Dlamini-Zuma should remain silent while the CR17 movement destroys the African National Congress. Somebody on Twitter said, "ANC is for good, president Zuma is in prison, the party SG has been ousted, where are you going to start?" was what the Minister of Foreign Affairs was replying to.

To some extent, Sphithithi and her co-researchers are right. This is just the beginning of much worse to come. Even if the "beautiful movement" were to be reconstructed from scratch, it would fail. We will be eternally appreciative that the ANC is no longer with us. Voters will continue to back those who restore our country to its former glory while the ANC struggles to rebuild their cherished movement.