Randall Williams is a thug. The country must know it”. The trouble between Herman Mashaba and Randall Williams began after it was reported that, the “ANC in Tshwane confirms its “junior cllrs” were called into a meeting with mayor Randall Williams where he lobbied them to support the proposed R26bn alternative energy contract for the city. ANC says its cllrs rejected this request”. This act did not go down well with Herman Mashaba who accused him of being involved in corruption. 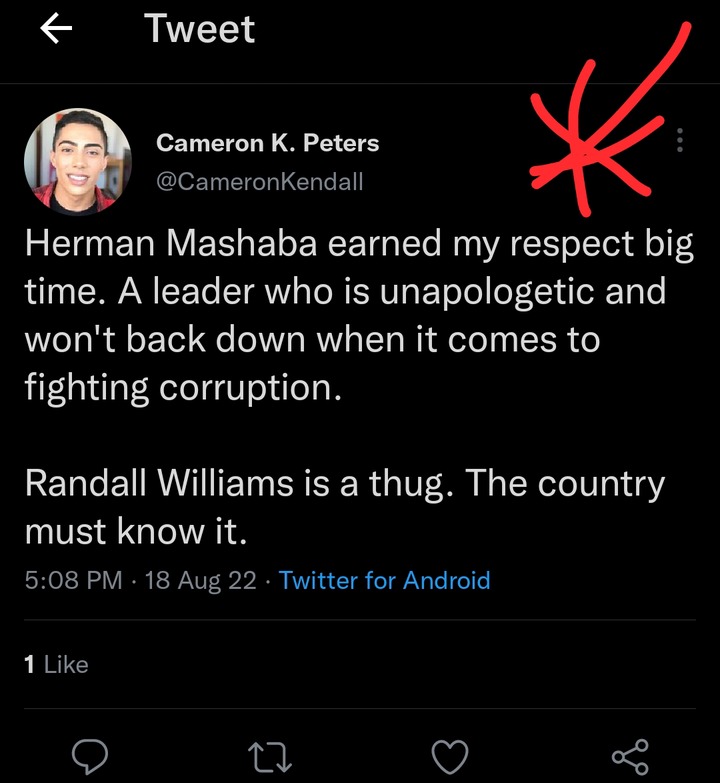 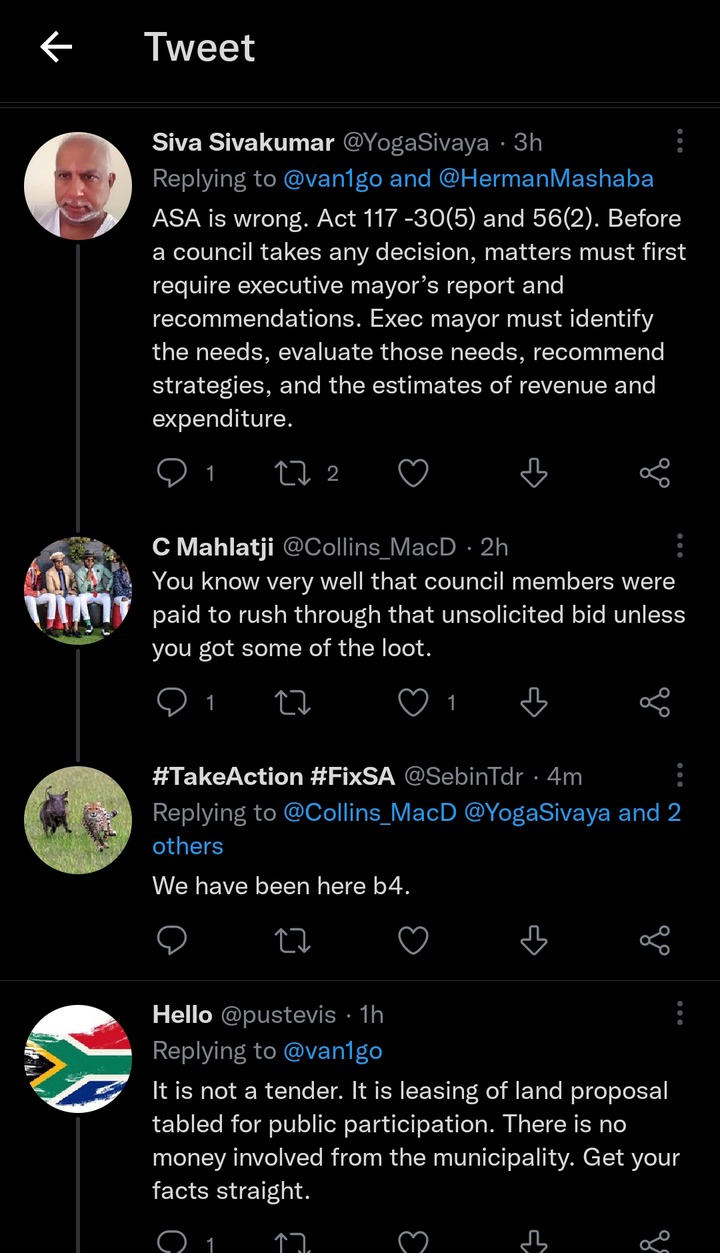 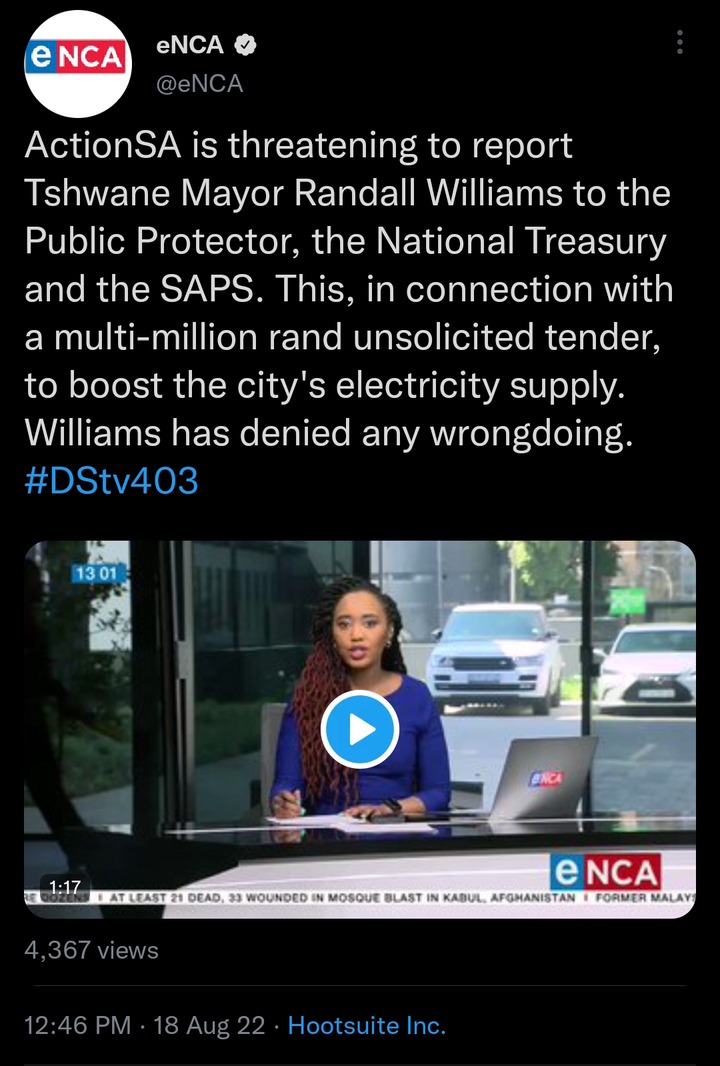 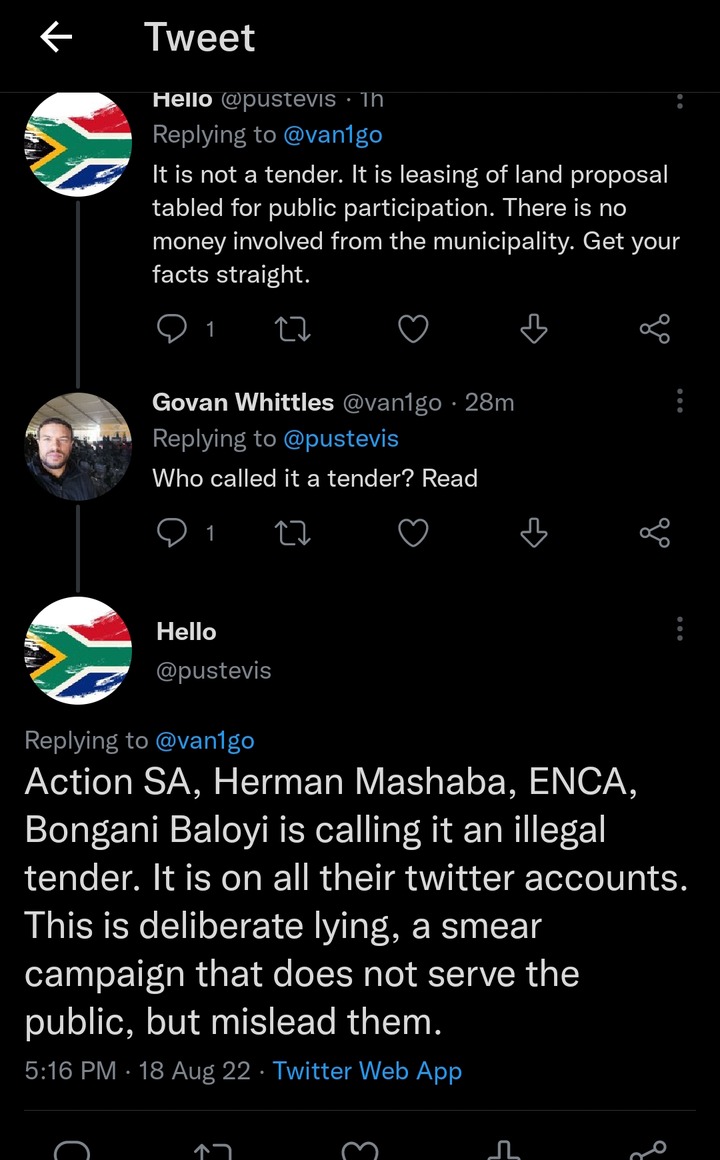 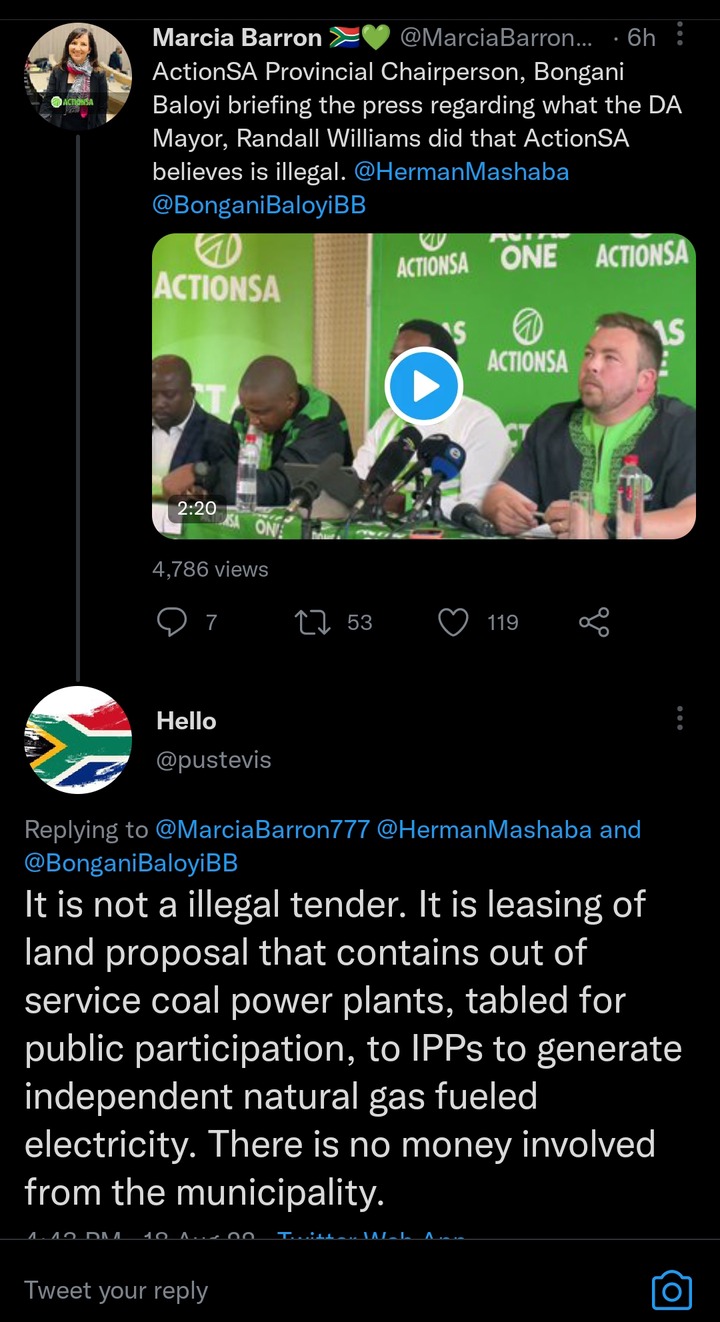 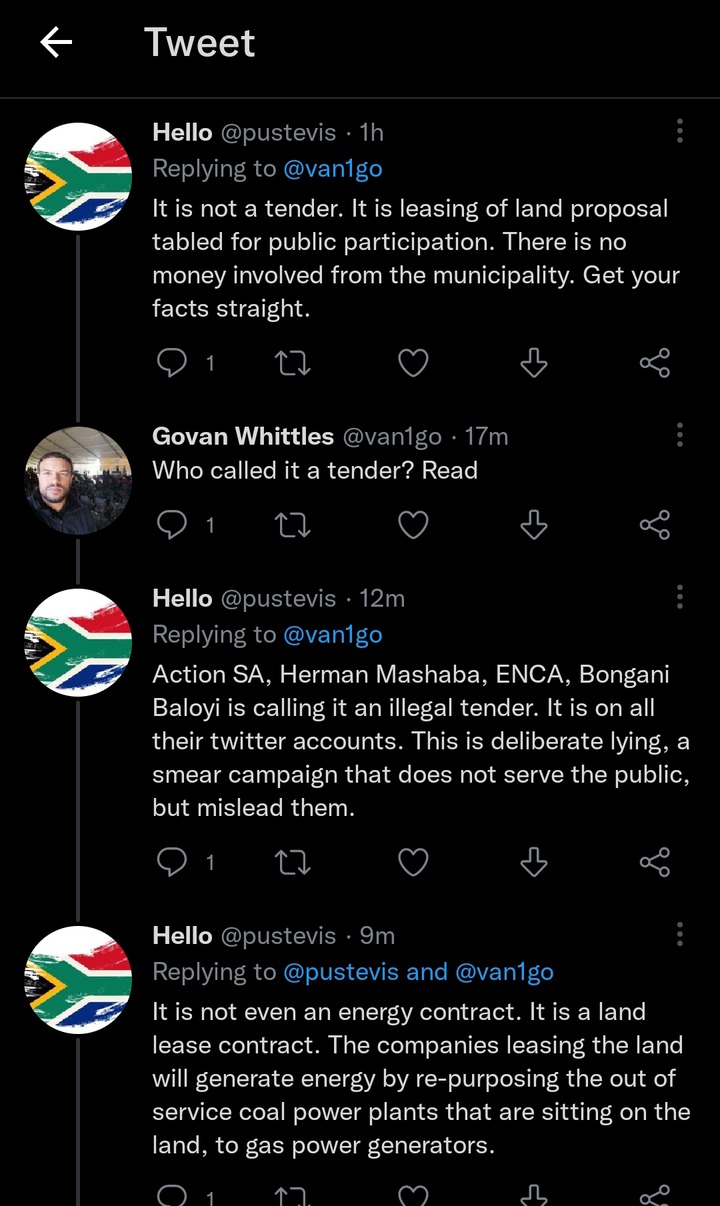 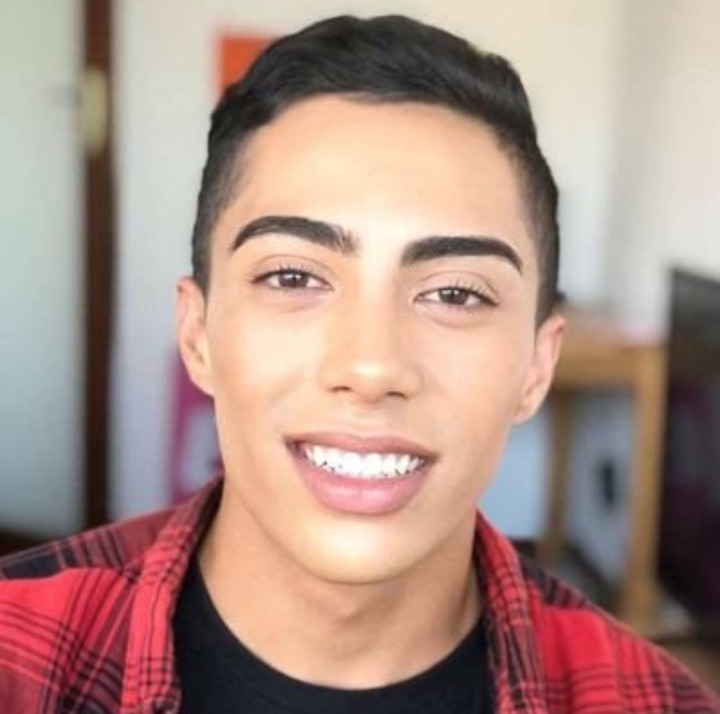 ActionSA are very displeased with Randall Williams, and they are threatening to drag him to court. According to eNCA, “ActionSA is threatening to report Tshwane Mayor Randall Williams to the Public Protector, the National Treasury and the SAPS. This, in connection with a multi-million rand unsolicited tender, to boost the city's electricity supply. Williams has denied any wrongdoing”. The issue is trending everywhere, including on Twitter and other social media platforms. However, some people believe that it was not corruption as Herman Mashaba and ActionSA members are portraying it to be. A social media user who has been following the update since the issue began wrote, “It is not an illegal tender. It is leasing of land proposal that contains out of service coal power plants, tabled for public participation, to IPPs to generate independent natural gas fuelled electricity. There is no money involved from the municipality”. Furthermore, ActionSA Provincial Chairperson, Bongani Baloyi briefed the press regarding what the DA Mayor, Randall Williams did that ActionSA believes is illegal. 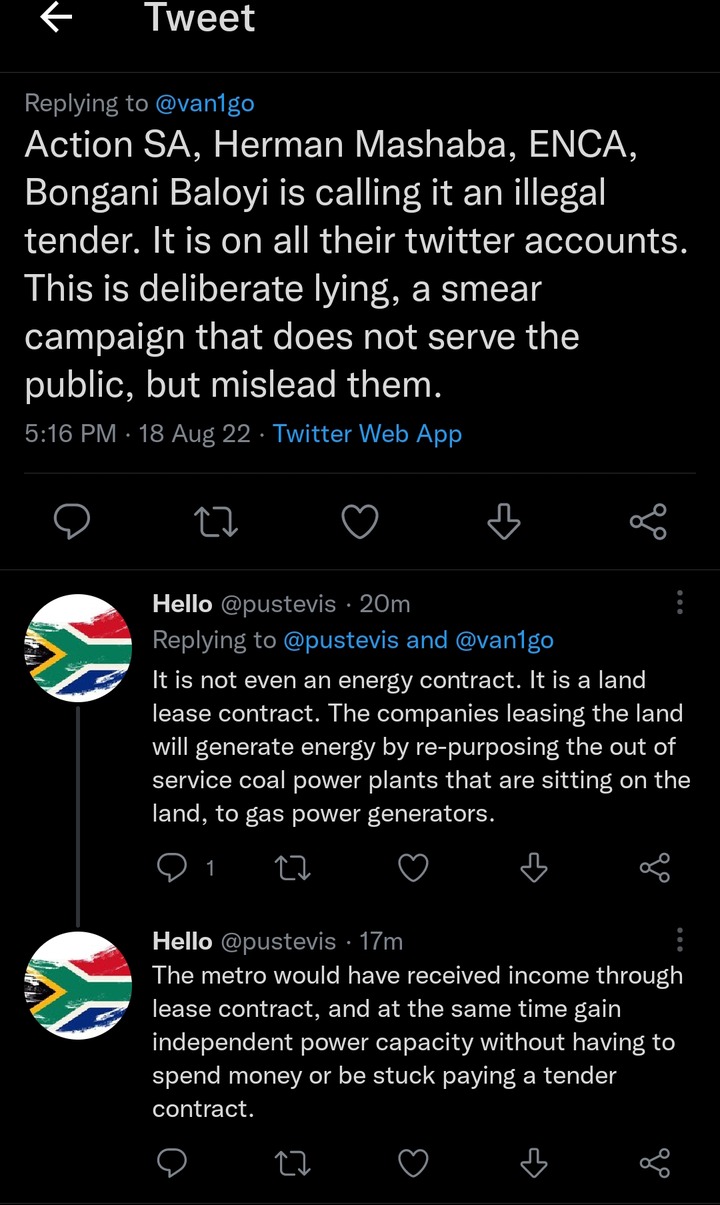 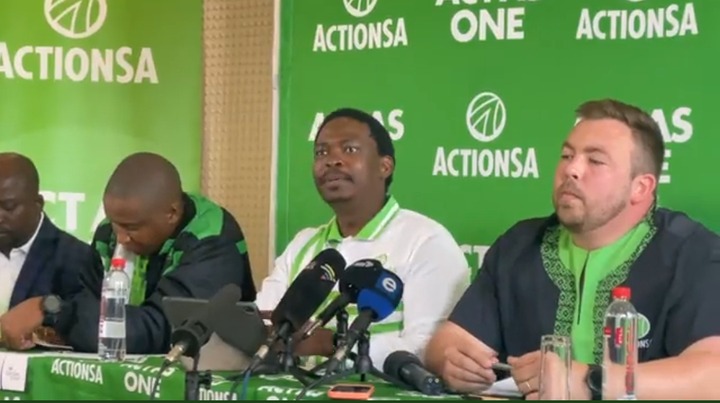 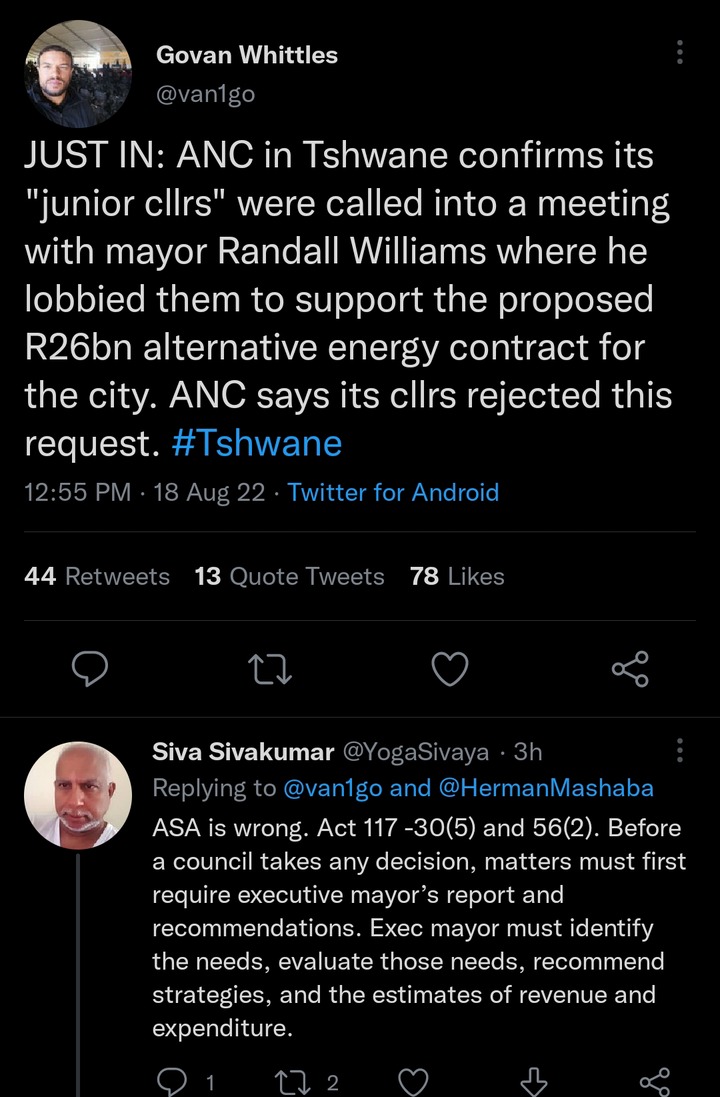 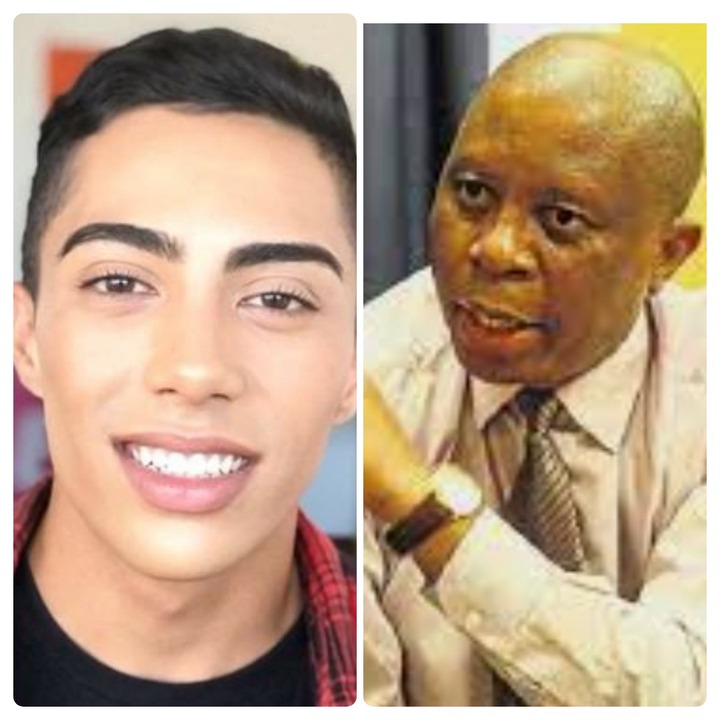