Why I support the Community meeting and voting process

By Masemola (self media writer) | 5 months ago 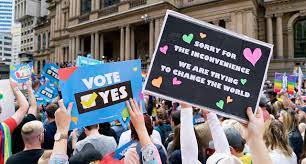 They have been issues that have been raised about some concerns with regards to whether the community meeting process of candidate selection, that there are outcomes in some community meetings in some Wards in the country, where you might have a candidate who was nominated by the community (who did not attend the BGM and was not nominated in the BGM because they are not a member of the ANC), who is popular, but they don't know much about the Constitution of the ANC, or the character of the ANC. T

hat the movement must not find itself having representatives in Council who don't know how things work in the ANC, and who don't understand the ANC. Now when I was addressing these concerns, I said obviously these concerns arise from the fact that the community meeting and voting process is a process where adjustments and amendments will need to be made in the future so that all these issues are addressed, and as with every solution, the solution will have strengths and weaknesses, and as an organization, you must do everything you can to make sure those weakness are addressed. 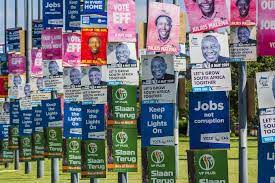 Here is my suggestion on the criteria that can be used in the future, which a person whom the community wants to nominate, this person must meet these criteria before they can be nominated as a Ward Councillor candidate:

1. Ask about the person's criminal record in the community meeting

2. If you have a pending court case, you can't be nominated.

3. Ask the person whom the community wants to nominate, questions about local government ANC policies and you can also ask questions about the document "Through the eye of the needle".

4. Ask the person whom the community wants to nominate, questions about the character of the ANC.

The process only makes the community be able to vote for an alternative Ward Councillor candidate, in case they don't want the other candidates that emerged from the branch nomination, and the candidate is asked questions about their track record in the community, and how well they know the area and the different stakeholders who are central to service delivery in the Ward.

Even when the ANC was formed, for the ANC to grow to be the great and massive organization that it is today, it was the communities that were central to that. Even in the ANC Ward Councillor candidate nomination processes that have been happening recently, the where many young people who were not ANC members, who supported young ANC candidates in the community meetings, but in the BGMs that happened before the community meetings, they were not able to support the young ANC candidates that they loved because they were not members of the ANC. To participate and vote in a BGM, you must be an ANC member in good standing. 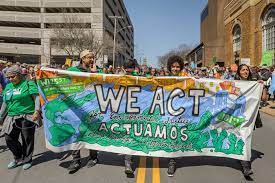 The ANC has been disappointing in giving young people a voice within the ANC over the past decade, and it was great to see young people being given a voice and the power to influence the direction of the ANC towards the upcoming local government elections. The ANC does not only belong to chairpersons, secretaries, and executive committees. The ANC belongs to everyone who loves and cherishes the movement in their hearts. Even today I believe the only way to reduce the power of factionalism, which has caused harm to the movement, is to return the power in the ANC to the communities.

As the ANC we lost touch with the struggles the people are facing today when the power in the ANC was slowly taken away from the people in the communities. When the communities slowly lost their voice in deciding the direction the ANC must take, that is when we started losing our way as the ANC. They are comrades who thought they are in a winning faction, but because of the involvement of the community who are not ANC members in the community nomination process, the factions which they were so confident in, the communities rejected the candidate presented by those factions.

The are also people who live in our communities, who are not that interested in politics, but they loved that the ANC provided an internal party process that allowed people who lived in the community to be able to choose which leaders they prefer representing them within the ANC. So in a way, the community voting process closed the gap that was there between politics and the community.

The community voting process also brought communities closer to the movement and gave them the power to decide the leadership direction of the movement in the area they lived in. They are comrades who think the ANC only belongs to them and their close associates within the movement. But they don't know that the ANC belongs to all those who love and cherish it in their hearts. Let the communities renew, revive and restore the ANC by us giving them the power and the voice to choose whom they want to represent them in the ANC and in society. And I am not just talking about Ward Councillor candidate selection processes here.

Content created and supplied by: Masemola (via Opera News )