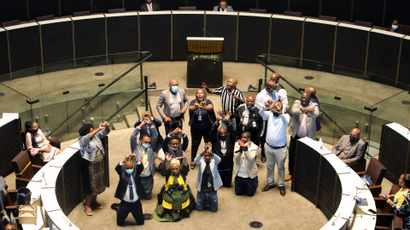 Johannesburg - Opposition parties in the City of Joburg, including the ANC, disrupted the council meeting minutes after Speaker Vasco Da Gama ruled that the election of the chair of chairs and Section79 committee chairs would be held through a show of hands.

Council guests were shocked after minority party leader and African Independent Congress (AIC) Constituency Administrator, Margaret Arnolds, led a group of five into the council chamber’s foyer. All of them had chains on their hands signaling their dissatisfaction with Da Gama’s decision.

The chaos broke out minutes after Cope’s leader Colleen Makhubele had accepted the nomination for the position of chair of chairs.

Cope is part of the DA-led coalition government. Makhubele was nominated by Mayor Mpho Phalatse and was seconded by ActionSA’s Funzi Ngobeni. The EFF had nominated Nonhlanhla Radebe for the same position. 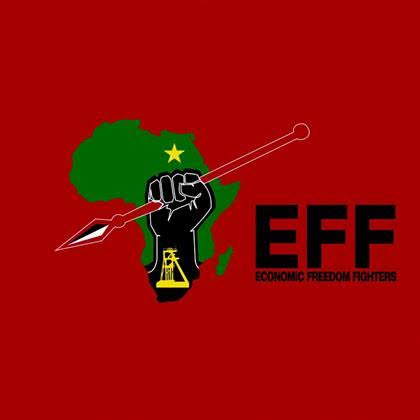 In November after the local government elections, the EFF despite having voted for the DA to lead the City of Joburg council turned against them for the second time on Monday.

The EFF and the ANC and minority parties are demanding that the elections of the chair of chairs, as well Section79 committees must be held through a secret ballot.

However, Da Gama stood by the decision he made on Thursday last week that there would not be a secret ballot, which also led the ANC, EFF, and minority parties to disrupt the proceedings.

Chaos broke out again in the council chambers on Tuesday as these parties refused to listen to Da Gama ordering them to sit and voting to continue.

The parties broke out in song demanding that Da Gama change his decision and order a secret ballot.

You can watch the video on the source link below.

South African Man Send’s Strong Message To The ANC, EFF, And DA Telling Them Of His Aspiring Action

7 Reasons Why You Should Consider Getting Married Early